Toronto officials and medical experts say the city must not let its guard down even as the Ontario government allows it to reopen indoor bars and restaurants as new COVID-19 infections in the city dwindle.

“While the number of new cases has fallen dramatically to the single digits, I cannot stress enough ... that COVID-19 is still here,” Toronto Mayor John Tory told a news conference. “COVID-19 does not take a summer vacation.”

Ontario Premier Doug Ford announced Wednesday that Toronto and neighbouring Peel Region would be joining much of the rest of the province in Stage 3 of its reopening process – despite recent increases in infection numbers in Ottawa and Sudbury, which had already reopened. (Health officials partly blamed rule-breaking house parties for those increases.)

Windsor-Essex, in the province’s southwest, remains under the tighter restrictions of Stage 2, as case counts continue to rise there after outbreaks among farm workers.

Do I have to wear a mask indoors? COVID-19 rules explained

Meanwhile, Toronto city council passed its own bylaw Wednesday, with extra rules to govern bars and restaurants that go beyond the province’s Stage 3 regulations, which already require physical distancing or plexiglass barriers between patrons.

The city’s bylaw includes stipulations that all patrons remain seated except when paying or using a washroom, and that restaurant operators keep customer logs to ensure public health can contact people in the event of a positive case. Staff must also be screened for COVID-19 symptoms before each shift.

Mr. Tory and other mayors in the Greater Toronto Area had previously asked for the province itself to adopt the extra Stage 3 rules that Toronto council passed Wednesday. Ontario’s Opposition NDP called on Mr. Ford to bring in all of the mayors’ proposed extra rules for bars and restaurants provincewide.

The move to Stage 3, due to take effect in Toronto and Peel at 12:01 a.m. Friday, comes as Ontario announced that it had found just 76 cases across the province, the lowest daily number since March 22, and one new death. Windsor-Essex had 22 new cases; Ottawa had 13.

Eileen de Villa, Toronto’s Medical Officer of Health, said Wednesday the city had just 13 new confirmed cases and six probable cases, after recording just six new cases in all the day before. She warned that she expected the daily tally to rise in Stage 3, but that Torontonians can minimize the effects by continuing to follow public-health rules and advice: wearing masks, washing hands and maintaining physical distancing.

Lauren Lapointe-Shaw, a scientist at the Toronto General Hospital Research Institute, said reopening bars and restaurants now could result in outbreaks that force governments to reimpose lockdowns and put the goal of getting students back to school in September in jeopardy.

“It really concerns me that we are reopening restaurants and bars, and school is just a month away ... and then school gets kiboshed,” Dr. Lapointe-Shaw said.

Irfan Dhalla, a vice-president of Unity Health and general internist at Toronto’s St. Michael’s Hospital, said he supports the move to Stage 3, but expects some new outbreaks. However, he said the goal has to remain keeping new case counts in steady decline.

“I think it is really dangerous to accept as inevitable that there will be an inexorable increase in the number of cases,” Dr. Dhalla said. “There is no stable equilibrium of a few hundred cases a day. That is a really dangerous situation.”

Tony Elenis, president and chief executive officer of the Ontario Restaurant Hotel & Motel Association, an industry lobby group, said many of his members are already following stricter-than-required protocols as they reopen.

“If there is one time to embrace regulation, this is it,” Mr. Elenis said. 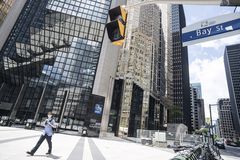 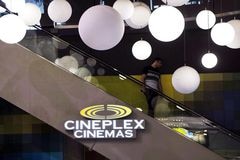 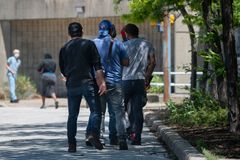