Millions of Canadians will soon be subject to mandatory mask rules to prevent the spread of the new coronavirus, with Toronto requiring face coverings in indoor public spaces and Quebec ordering users of public transit to do the same.

A shift in thinking around using masks has prompted a number of Canadian jurisdictions to impose or consider rules requiring them. Public-health officials advised against wearing face masks early in the COVID-19 pandemic, but have been recommending their use to contain the disease for more than a month now.

Toronto City Council voted Tuesday to require masks in all readily accessible indoor public spaces, including shops, places of worship and elevators. The bylaw won’t come into effect until seven days after the vote and will expire in the early fall unless renewed.

Peel Region, which lies west of Toronto and includes Mississauga and Brampton, said staff would prepare a mandatory mask policy to bring before regional council in July. The details of this bylaw are still to be ironed out, staff said.

Toronto and Peel Region collectively account for more than 11 per cent of the country’s population and are by far the biggest communities in Canada to pursue mask rules. The municipalities acted after the provincial government declined to implement an Ontario-wide mask policy, saying the various regions were too different to treat with a single approach.

Quebec to make masks mandatory on public transit across the province

In Quebec, Premier François Legault said transit riders would have to cover their faces. Masks would not be compulsory in indoor stores in the province, “for now.”

Toronto Mayor John Tory said wearing a mask is “about respecting and protecting” other residents: “It may be uncomfortable. It may look unusual. It may take you out of your comfort zone … but our doctor [Medical Officer of Health Eileen de Villa] says that it works.”

The Greater Toronto Area has recorded the majority of Ontario’s more than 34,000 COVID-19 cases, although the number of new infections tallied each day has fallen.

In Toronto, the bylaw passed Tuesday places the onus on business owners to post and enforce the mask policy. The businesses who do not could face a fine that the city solicitor said is likely to run in the range of $750 to $1,000.

“We need to protect people who can’t afford the luxury of working from home,” Councillor Mike Colle said. “We need to think of them as we go forward.”

A paper published in early June in Proceedings of the Royal Society A used a mathematical model to show that 100-per-cent mask use can push the effective reproduction rate of the virus below one, leading to a contraction in the number of cases. But lower participation rates can also have a major effect.

“We don’t need to have 100 per cent of people wearing masks. We need about 80 per cent in order to have a significant impact on reducing transmission of COVID-19,” said Jennifer Kwan, a family physician and one of the organizers of Masks4Canada, a group led by doctors and scientists calling on authorities to make masks mandatory.

She cited modelling research led by scientists at the University of California, Berkeley, and the Hong Kong University of Science and Technology that suggests the rates of COVID-19 infection significantly drop when at least four-fifths of the population wears masks.

Mr. Legault said masks will be mandatory in Quebec public transit as of July 13. The new provincewide rule applies to anyone 12 or older. There will be a two-week transition phase until July 27, after which people without masks will be barred from entering the transit system.

“We are reviewing the new face coverings bylaws … to determine any potential impact on our shared spaces such as stations,” Metrolinx spokeswoman Anne Marie Aikins said in an e-mail.

Toronto’s bylaw, with approval from Dr. de Villa and the city’s lawyers, would require businesses to have policies mandating mask use in any publicly accessible indoor space they control.

Children under 2 would be exempt, as would those with medical reasons not to wear masks. Dr. de Villa said the bylaw does not apply to employees in workplaces such as offices or kitchens. It also does not apply to social gatherings in people’s homes.

Catherine Clase, an associate professor of medicine at McMaster University and a nephrologist at St. Joseph’s Healthcare Hamilton, cautioned that people should not be shamed for forgoing masks.

“We should never be judgmental if a mask is not worn because we don’t know the reason,” Dr. Clase said, noting masks are not recommended for people with breathing difficulties and for very young children.

While other municipalities are expected to follow the GTA’s lead, Councillor Joe Cressy, who chairs Toronto’s board of health, said the province should be mandating masks with its emergency powers to avoid the ambiguity of a “patchwork” of bylaws and health orders.

“In the absence of provincial action, the City of Toronto and other GTA municipalities will not delay,” Mr. Cressy said. “Doing nothing is no longer an option.”

With reports from Tu Thanh Ha and Laura Stone

Quebec to make masks mandatory on public transit as it prepares for possible second wave of COVID-19
June 30, 2020 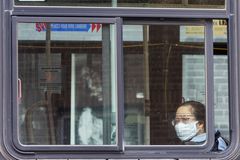 Brian Mulroney calls for bold social changes to prepare Canada for a world after COVID-19
July 2, 2020 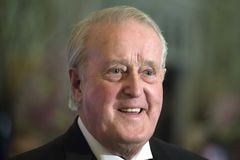 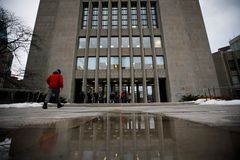 Follow Oliver Moore, Jeff Gray and Wency Leung on Twitter @moore_oliver @jeffreybgray @wencyleung
Report an error Editorial code of conduct
Due to technical reasons, we have temporarily removed commenting from our articles. We hope to have this fixed soon. Thank you for your patience. If you are looking to give feedback on our new site, please send it along to feedback@globeandmail.com. If you want to write a letter to the editor, please forward to letters@globeandmail.com.
Comments