Researchers in Toronto have started a new phase of a trial that they hope will one day lead to the treatment and prevention of Alzheimer’s disease.

Using a technique developed at Sunnybrook Hospital called focused ultrasound, the researchers are opening the blood-brain barrier in several areas of the brains of patients with mild to moderate Alzheimer’s disease. The blood-brain barrier is a protective coat that surrounds the blood vessels in the brain. It prevents harmful substances in the bloodstream from getting past, but also hampers efforts to deliver potential therapeutic compounds, such as drugs, antibodies and stem cells, through to brain tissue.

By opening the blood-brain barrier in multiple, specific areas of the brain in Alzheimer’s patients, the researchers hope to pave the way for eventually delivering drugs directly to brain regions where the two key toxic proteins involved in Alzheimer’s disease, amyloid beta and tau, tend to accumulate.

Although there are various medications available that can help ease the symptoms of Alzheimer’s, none of them actually halts the progression of the disease or reverses the damage it causes. Multiple drug trials aiming to do so have failed. Pharmaceutical giant Roche announced Jan. 30 that it was discontinuing trials of its anti-beta-amyloid drug Crenezumab in early Alzheimer’s patients.

“There is a feeling in the Alzheimer’s community and in the clinical neurosciences community that we need to do something different,” says lead researcher Dr. Nir Lipsman, a neurosurgeon and scientist at Sunnybrook.

He suggests focused ultrasound may offer a solution. Although some drugs have shown promise, Dr. Lipsman says it is possible they have not been effective in clinical trials because not enough of the drug actually gets into the brains of patients or because they require very high doses that could be risky for patients’ health.

“It’s those two ways that focused ultrasound can be integrated into Alzheimer’s therapeutics,” he says: by either helping deliver more of a drug to specific parts of the brain, or by reducing the need for such high doses.

Focused ultrasound involves intravenously delivering microbubbles, or tiny air bubbles, into the patient’s bloodstream. Then, guided by a magnetic resonance imaging (MRI) machine, researchers send focused ultrasound waves to targeted areas of the brain. These waves cause the bubbles to expand and contract, creating tiny tears in the blood-brain barrier. Dr. Lipsman explains that these openings close on their own within 24 hours.

In the current phase of the study, called phase 2a, researchers are not yet delivering any drugs or antibodies through the blood-brain barrier. Rather, they are building on the first phase of their trial to confirm the safety and efficacy of the technique, this time creating multiple openings on 30 patients, who will each undergo the procedure three times. But based on the results of earlier studies on rodents, they are also testing whether the use of focused ultrasound itself can reduce the buildup of amyloid in participants’ brains.

From seeing this effect in the rodent models, they believe opening the blood-brain barrier may either allow the body’s own immune system to clear out amyloid, or it may activate microglia, which are considered the “caretaker” cells in the brain, to get rid of the harmful protein.

“Before we deliver a drug – and certainly focused ultrasound is thought to be a great way to potentially deliver therapeutics to the brain – it’s worthy and it’s important to determine, well, can FUS, focused ultrasound, alone be of any potential benefit?” Dr. Lipsman says. “That’s where we are now.”

Sally McMillan, 63, of Oakville, Ont., was the first patient to undergo this second phase of the trial. The procedure, which took place Jan. 30, required her to lie still in an MRI machine for about four hours, but Ms. McMillan says it was painless.

Ms. McMillan, who was diagnosed with Alzheimer’s three years ago, says she is often confused and forgetful, misplaces things or can’t remember what day it is. She volunteered to participate in the trial “to help myself and people down the road,” she says. “If this testing can help, that’s a good thing. That’s what we’re hoping for.” 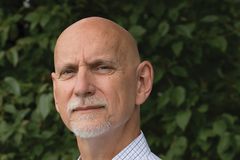 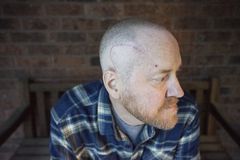