About 400,000 Torontonians live in neighbourhoods where more than five per cent of tests for COVID-19 came back positive in early October, according to new data that show the places with the highest rates of positive test results are in the hard-hit northwest section of the city.

The two neighbourhoods with recent test-positivity rates topping 10 per cent – Brookhaven-Amesbury and Black Creek – also had some of the city’s lowest rates of testing per capita, a sign that the area’s mainly poor and racialized residents need better access to tests.

Status of COVID-19 cases in Toronto

Toronto is the first major city in Canada to release COVID-19 positivity rates and per-capita testing rates by neighbourhood.

A high rate of positive test results can be a signal that many COVID-19 infections are going undetected. Toronto’s new data, given to the city by the province, should provide clues about where the virus is circulating more widely than case counts alone would suggest.

However, Toronto Public Health officials and other experts said local test-positivity rates should be interpreted with caution because they are heavily dependent on testing practices.

For example, if local health authorities make testing more widely available when a neighbourhood has a major outbreak, the proportion of tests that come back positive would be much higher than if tests were doled out at random to people with no COVID-19 symptoms or contacts with known cases.

The World Health Organization recommended in May that the positivity rate remain below five per cent for at least two weeks before governments considered loosening rules designed to slow the spread of the virus.

City councillor Joe Cressy, chair of the Toronto Board of Health, said the new data on test positivity are illuminating when looked at alongside other metrics.

“The northwest of our city has high positivity rates, high case counts and low testing rates. You pull that together and you start to realize that certain neighbourhoods are being battered by this virus,” he said.

The most recent city-wide positivity rate is 3.1 per cent.

In the week of Oct. 4, the rate of positive test results was higher than 5 per cent in 21 Toronto neighbourhoods with a combined population of just over 400,000. Nearly 1.3 million Torontonians live in neighbourhoods where the test positivity rate was 3 per cent or higher that week, according to a Globe and Mail analysis.

In the week beginning Sept. 27, the Toronto neighbourhood with the highest positivity rate was Rustic, a pocket northwest of the intersection of Jane Street and Lawrence Avenue West where 14.3 per cent of tests came back positive.

The neighbourhood logged a relatively modest 19 confirmed cases between Sept. 25 and Oct. 15, but it had a high test-positivity rate and a low rate of testing – only 9.9 tests were conducted the week of Sept. 27 for every 1,000 Rustic residents, one of the lowest rates in the city. “Taken together, these indicators suggest the high [test-positivity rate] may be driven by testing capacity, whether it’s access to a test or an uptake issue with individuals not seeking testing,” Sarah Collier, Toronto Public Health’s manager of surveillance and epidemiology, told the Toronto Board of Health on Monday. “Therefore more testing could be done to capture asymptomatic and presymptomatic cases in order to stop the virus spread.”

By contrast, access to testing was likely not a problem in Little Portugal, a neighbourhood on the outskirts of downtown, where the test positivity rate the week of Sept. 27 was 7.2 per cent, but the testing rate per capita was among the highest in the city, Ms. Collier said.

At the same meeting, Toronto Medical Officer of Health Eileen de Villa announced that the collection of demographic information about people infected with COVID-19, including their race, had resumed on Oct. 9 after a week-long pause sparked by an influx of new cases.

Angela Robertson, executive director of the Parkdale Queen West Community Health Centre, told the board that, “the ease with which the suspension was implemented is deeply concerning."

Ms. Robertson, who spoke on behalf of a Black health equity working group convened at the start of the pandemic, also urged the city and province to do more to help residents of the northwest, including by expanding mobile testing and addressing overcrowding on local bus routes.

The board approved a health equity action plan on Monday designed to address some of those concerns.

With a report from Chen Wang 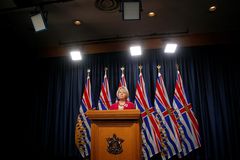 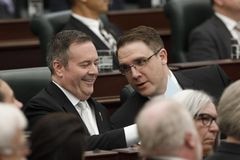 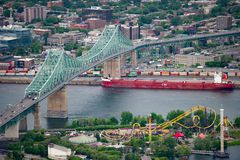