Ontario’s largest school board says almost a third of Toronto students will be learning online come fall, and some smaller boards say they will not be able to offer French immersion remotely.

The extent of remote learning in Ontario became clearer on Wednesday when the Toronto District School Board announced the results of its registration survey for what families plan to do when classes resume in less than two weeks.

In total, 89 per cent of parents responded to the survey. Individual schools are now responsible for reaching the remaining families to find out whether they plan to send their children back to in-person classes or let them learn online at home, the board said in its e-mail.

As schools prepare to reopen in the province after the pandemic shutdown, a growing number of families are choosing to keep their children at home due to the uncertainty surrounding school plans and health and safety measures, and fears of contracting COVID-19. Experts have warned that a large shift to online education could widen the equity gap for students who don’t have the kind of home environments or learning resources as others do.

Karen Campbell, first vice-president of the Elementary Teachers’ Federation of Ontario, said she is not surprised by the number of parents opting for online learning at TDSB schools.

“We’ve heard from parents with regards to their concerns, [who] think the [safety] measures are not in place. They don’t feel comfortable sending their children. This is a reflection of that,” she said.

Ms. Campbell said she believes it’s now inevitable that classes will be combined due to lower numbers of students in classrooms so that schools can achieve the provincial averages.

“That might even push more parents to remove their children.”

Meanwhile, some smaller school boards across the province have said they are unable to offer French immersion to all students.

In an e-mail to parents on Wednesday, the Brant Haldimand Norfolk Catholic District School Board told families that the French immersion program would not be available for remote students “due to the challenge of not having enough qualified French immersion teachers.”

Remote students who are currently enrolled in French immersion at the board will not lose their spot in the program, but will receive English-language instruction for their entire curriculum instead, the e-mail said. French immersion teaching will be available when students return to school in-person.

“We are so very sorry that we cannot offer the French immersion programming at this time in the remote-learning setting,” the letter added.

In Muskoka, the Trillium Lakelands District School Board also announced it will not offer French immersion to online students.

“There are not enough students choosing French immersion to be able to set up classes or have enough staff to offer the program,” said Catherine Shedden, a school board spokesperson.

“I find it shocking to say there are not enough students while French immersion is in high demand in Ontario and across the country,” he said.

Caitlin Clark, a spokeswoman for Education Minister Stephen Lecce, said the government’s $33-million investment for online learning, with at least 75 per cent live instruction, “will deliver a better educational experience for students.”

“School boards have developed plans that best suit their local needs. We encourage and support French-language education and will continue delivering historic investments for the benefit and safety of all students,” she said.

Innocent bystanders among those injured in shooting outside Toronto bakery, police say
September 2, 2020 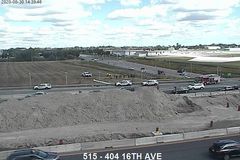 Follow Mugoli Samba and Laura Stone on Twitter @mugoli @l_stone
Report an error Editorial code of conduct
Due to technical reasons, we have temporarily removed commenting from our articles. We hope to have this fixed soon. Thank you for your patience. If you are looking to give feedback on our new site, please send it along to feedback@globeandmail.com. If you want to write a letter to the editor, please forward to letters@globeandmail.com.
Comments