Toronto researchers are using focused ultrasound technology to deliver a drug directly to a targeted area of the brains of patients with Parkinson’s disease, with the aim of one day halting the progression of the debilitating illness.

The Phase 1 clinical trial, conducted by researchers at Toronto’s Sunnybrook Health Sciences Centre and University Health Network, is the first to test this technology on Parkinson’s patients to deliver a therapeutic across the blood-brain barrier, the protective layer of densely packed cells surrounding the blood vessels of the brain. The barrier prevents harmful substances in the bloodstream from getting through, but also hampers efforts to administer therapeutic compounds, such as drugs, antibodies or stem cells, to affected brain tissue.

The research team is using focused ultrasound to temporarily open the blood-brain barrier of participants to allow an enzyme called glucocerebrosidase to pass through into the putamen, a critical motor structure of the brain affected in Parkinson’s disease.

“All of this is part and parcel with the goal of developing disease-modifying treatments in Parkinson’s,” says co-principal investigator Nir Lipsman, director of Sunnybrook’s Harquail Centre for Neuromodulation.

While the main objective of Phase 1 is to establish the safety of the treatment, this study builds on pioneering work at Sunnybrook, where researchers were the first in the world to use focused ultrasound to open the blood-brain barrier of a living patient in 2015. In that trial, they delivered chemotherapy directly to the patient’s brain tumour. The technique has since been tested on patients with Alzheimer’s disease, and researchers suggest it may hold promise for a wide range of illnesses that are currently impossible or difficult to cure.

The procedure involves intravenously delivering tiny air bubbles into the patient’s bloodstream. Then, guided by a magnetic resonance imaging machine, researchers direct focused ultrasound waves to targeted areas of the brain – in this case, the putamen. These waves cause the bubbles to vibrate rapidly, creating tiny, temporary tears in the blood-brain barrier, which allow the therapeutic, introduced into the bloodstream intravenously, to get through.

Parkinson’s disease, typically characterized by tremors, muscle rigidity and slowed movement, affects roughly 100,000 Canadians, according to the charity Parkinson Canada. Current treatments, including medications and deep-brain stimulation, help manage the symptoms, but none yet reverses or stops the progression of the disease, says Julie Wysocki, director of research program and partnerships with Parkinson Canada.

“That would definitely be the holy grail,” she says.

The research team is using glucocerebrosidase, a naturally occurring enzyme involved in the process of getting rid of unwanted substances in cells, including excess proteins, to keep the cells healthy, says co-principal investigator Lorraine Kalia, neurologist and scientist at UHN’s Krembil Brain Institute. In patients with Parkinson’s disease, especially in those with a specific gene mutation, it is believed that this enzyme is not functioning at its normal level, leading to an accumulation of these unwanted substances, particularly a protein called alpha-synuclein.

“If there’s too much of that [protein] in a brain cell, that can actually lead a brain cell to die and can cause neurodegeneration in Parkinson’s disease,” Dr. Kalia says.

The putamen is one of the first areas of the brain that are affected in Parkinson’s, she says, explaining researchers hypothesize the abnormal accumulation of alpha-synuclein may spread to other parts of the brain over time.

“There’s a presumption that if we can actually stop it dead in its tracks at one point in the brain, we might actually not get transmission or spread to other parts of the brain,” she says.

The researchers have so far treated two patients and have a goal of treating a total of six, performing the procedure three times on each, Dr. Lipsman says.

The first patient, Pat Wilson, 56, who was diagnosed with Parkinson’s in 2013, says it is hard to tell whether the treatment has had any affect on her, but she hopes her participation will help others in the future.

“I’ll try anything that’s going to help find a better medication or better treatment,” she says. 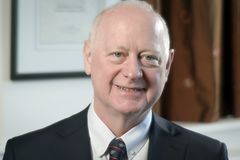 Does science back up food remedies like warm milk or chicken soup?
August 6, 2019 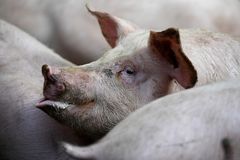