A Toronto surgeon who treated victims of last summer’s Danforth shooting is being challenged by a firearm lobby group, which has filed dozens of professional complaints against her as part of a wider campaign in opposition to a group of Canadian physicians pushing for stricter gun control.

The campaign echoes the “stay in your lane” mantra used by the National Rifle Association in the United States, which has pitted doctors who say gun control is a public health issue against gun-rights activists who say the issue falls outside the bounds of their profession.

The debate has become heated in Canada as the federal government considers the possibility of a handgun and assault-weapon ban, and Bill C-71 makes its way through the Senate. The bill would require more detailed background checks and require retailers to keep records of firearm sales.

Canadian Doctors for Protection from Guns (CDPG) was formed last month to highlight the public health consequences of gun-related injuries and deaths, as well as advocate for a ban on handguns and assault weapons and the passage of Bill C-71. Since then, the Canadian Coalition for Firearm Rights (CCFR), an organization that bills itself as the voice of Canadian gun owners and also lobbies politicians, has created a series of posts on its website and social-media channels that call CDPG unethical and radical. In an online video, CCFR executive director Rod Giltaca said the doctors’ push for a handgun ban will cause numerous children and teens to be inadvertently caught in the crossfire and killed when police come to collect prohibited weapons.

The gun lobby group has also urged its members to lodge complaints against Najma Ahmed, a founding member of the CDPG and trauma surgeon at Toronto’s St. Michael’s Hospital, with the College of Physicians and Surgeons of Ontario (CPSO). The group posted step-by-step instructions of how to submit complaints on its website.

The college said it has received roughly 70 complaints since the campaign began Feb. 5.

Dr. Ahmed, who treated several people involved in the mass shooting on Danforth Avenue, said the campaign won’t deter the group from its mandate of reducing gun-related injuries and deaths.

"It’s an underhanded, weak tactic that is intended to intimidate and scare off a physician,” she said. “It won’t work.”

Opinion: Taking aim at doctors who take a stand on gun control

CPSO registrar Nancy Whitmore said it’s very unusual to receive complaints regarding a physician’s advocacy work and that the college’s mandate doesn’t cover political disagreements. The complaints system typically deals with matters relating to patient care or professional conduct. Dr. Whitmore said a committee will be evaluating the complaints in the next week to determine whether they warrant further investigation or if they are “frivolous and vexatious.”

Several of the posts made by the gun advocacy group tell the doctors to “stay in your lane,” a phrase the NRA used on Twitter last year after the American College of Physicians published recommendations for reducing gun-related injuries and deaths. The tweet prompted an outcry from doctors who created the hashtag #ThisIsOurLane to share stories about the realities of treating gun-related injuries, telling parents their child has died from a gunshot wound and many others.

In an interview, Mr. Giltaca said the “stay in your lane” line came from individual gun owners.

“It seemed to personify the suggestion … do what you’re good at and do what you know because you don’t know this topic,” he said.

Mr. Giltaca said comparisons to the NRA are a distraction from the issues.

“It seems to be the quintessential ad hominem to deflect attention away from the fact that they don’t know what they’re talking about,” he said. “Whether or not we were the NRA itself has little to do with [the doctors’] lack of knowledge on the topic.”

Opinion: Doctors must speak out on gun violence – because it is our lane

Mr. Giltaca said the CCFR is funded by individual memberships and donations, business memberships, merchandise and insurance sales. The group does not receive any funding from the government or organizations outside Canada.

Dr. Ahmed said it is a complex issue and a ban won’t solve problems overnight. But she points to research that shows access to guns is linked to a greater likelihood of gun-related injuries and deaths.

“The more firearms there are in circulation, the more likely these things are going to happen,” she said.

According to a Statistics Canada report released last year, firearm-related violent crime rose 42 per cent from 2013 to 2017, with much of it being driven by gun violence in Toronto. About 80 per cent of firearm deaths in Canada are suicides. Numerous studies have shown that access to firearms is linked to an increased suicide risk. 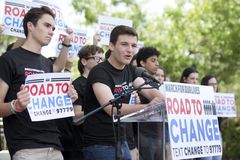 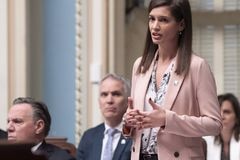 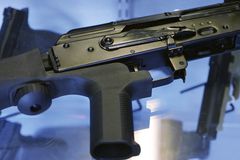