A woman accused of fatally stabbing another woman at a Toronto drug store has been declared fit to stand trial.

Rohinie Bisesar faces first-degree murder for the death of Rosemarie Junor, who was stabbed in a Shoppers Drug Mart in a downtown Toronto concourse in 2015.

A jury declared Bisesar fit to stand trial on Monday after officials who oversaw her treatment also declared her fit this past summer.

Forensic psychiatrist Dr. Ian Swayze has told the jury that Bisesar has schizophrenia, but is doing well after being treated for the past year.

Bisesar’s lawyer, Robert Karrass, says the trial will begin Friday and will consist of a set of agreed-upon facts along with arguments from the prosecution and defence rather than a series of witnesses.

Karrass says he will argue Bisesar is not criminally responsible for the death of Junor.

Toronto woman accused in fatal PATH stabbing has case put over to next month
August 1, 2018 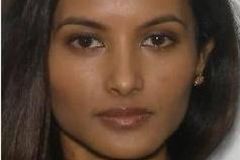