COVID-19 has infected racialized and low-income people in Toronto at far higher rates than the general population outside of long-term care homes, data released by the city suggest.

Doctors, community organizations and public-health workers have long suspected that racialized people – especially those who are Black – have been disproportionately affected by COVID-19. The findings released Thursday by Toronto Public Health showed that despite making up 52 per cent of the population, racialized people accounted for 83 per cent of COVID-19 cases between mid-May and mid-July.

The data reveal health inequities that existed long before the pandemic and will continue to if governments don’t look to address the upstream causes, experts say.

“Racism essentially sets up whether you’re able to have a life in which you can protect yourself from risk for any disease, including COVID, or whether you are forced into exposing yourself to risk,” said Arjumand Siddiqi, the Canada Research Chair in population health equity.

According to the data, Black people had the highest share of COVID-19 cases (21 per cent), followed by South Asian or Indo-Caribbean (20 per cent), Southeast Asian (17 per cent), white (17 per cent), Arab, Middle Eastern or West Asian (11 per cent), Latin American (10 per cent) and East Asian (4 per cent). All groups except white and East Asian were overrepresented based on the size of their overall population. Black people had six times the rate of COVID-19 cases compared with white people, while Latin American as well as Arab, Middle Eastern or West Asian populations had nine times the rate.

The data from Toronto Public Health do not include long-term care and retirement home residents, as these people are not asked about their race or their income. The data also did not include Indigenous identities. The data were collected by public-health officials between May 20 and July 16 and provided voluntarily.

Eileen de Villa, Toronto’s medical officer of health, said targeted testing, improved communication and access to social supports – such as voluntary isolation sites for those infected with or exposed to COVID-19 – could address these stark inequities in the short term. But she emphasized the city must work to address the root causes.

“We need to focus on the social determinants of health, like affordable housing opportunities, access to employment and income supports and educational opportunities. And yes, we need to address systemic racism,” Dr. de Villa said.

“This includes engaging with local community groups to better understand risks and the concerns that residents in these areas have, so that we can work together with them to address those concerns,” Mr. Tory said.

Floydeen Charles-Fridal, the executive director of Caribbean African Canadian Social Services, said her organization, based in the northwest part of the city that’s home to one of its largest Black populations, does the sort of front-line work that has been chronically underfunded for years.

CAFCAN usually spends about $10,000 to $15,000 annually on food-related programming but instead spent nearly $40,000 in the first month of the pandemic on hot meals, food hampers and staff to prepare and deliver them. Food insecurity was already an issue in the neighbourhood but grew worse after lockdown-related job losses, Ms. Charles-Fridal said. A University of Toronto study published last fall found Black Canadians experience food insecurity at nearly twice the rate of white Canadians, even after adjusting for factors such as education, income and home ownership.

“It took COVID-19 and the murder of Black folks here and across the border for people to really understand how anti-Black racism is working,” Ms. Charles-Fridal said.

Studies have repeatedly shown that South Asians and Black people have much higher rates of diabetes and high blood pressure than the general population. For people with one of these underlying conditions who become infected with COVID-19, there is an elevated risk for more severe outcomes, including death.

Michelle Westin, a senior analyst at Black Creek Community Health Centre, which serves neighbourhoods with some of the highest rates of poverty, said she was not at all surprised by the data.

In a report published after the Black Experiences in Healthcare Symposium held earlier this year in Toronto, organizers noted there were “disparities and inequities in health care access and delivery for racialized Canadians.”

Tracey Thompson, 52, experienced this first-hand. Ms. Thompson, who is Black, contracted COVID-19 in mid-March and still lives with serious long-term effects from the virus. She said she was turned away from the emergency room twice, and has not been able to see a doctor to get medication to relieve her symptoms, which are still present.

“I just haven’t been able to access health care in a reasonable fashion,” Ms. Thompson said. “I think that being Black and being a woman didn’t do me any favours in that.”

The two are closely connected, Ms. Charles-Fridal said. “When people have low income what that also suggests is they may very well be in [public] housing and living in places where they cannot practice physical distancing.”

Earlier this month, a group of homeless people and activist organizations filed an application with the Superior Court calling a bylaw that bans tents and camping in city parks unconstitutional. Evicting people from parks, they said, would then push them into crowded communal spaces where they faced an elevated risk of contracting COVID-19. 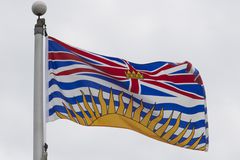 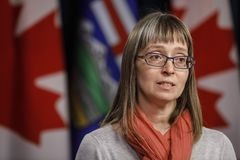 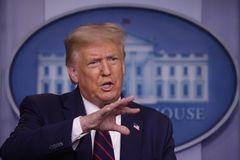