Inside the pediatric intensive care unit at Toronto’s Hospital for Sick Children, an infant recovering from open-heart surgery is barely visible through the forest of whizzing and beeping machines that monitor his every vital sign.

In the old days, those vital signs – a baby’s heart rate, blood pressure, oxygen levels and other signals – would have flashed across a screen and then been lost to posterity.

But in 2013, SickKids began collecting and storing the data that emanate from patients in their 42 intensive-care beds. The unit now has more than two trillion data points in its virtual vault, far more than a mere mortal could make sense of.

On Tuesday, SickKids will announce the appointment of Dr. Goldenberg as the hospital’s first chair in biomedical informatics and artificial intelligence, a post funded in part by a $1.75-million donation from Amar Varma, a Toronto engineer and entrepreneur whose newborn son underwent surgery at SickKids six years ago.

The hospital’s fundraising foundation will match the Varma family’s gift, bringing the total donation to $3.5-million.

The endowed position, the first of its kind at a Canadian children’s hospital, will help Dr. Goldenberg and her colleagues to expand their AI research with an eye to saving and improving the lives of patients.

“I feel like right now as a computer scientist, as a researcher in machine learning and AI, I can actually make a big difference in health care,” Dr. Goldenberg said. “It will take time, but I think we are getting closer and closer to seeing it happen.”

Among the projects that Dr. Goldenberg is keen to accelerate is one that would use AI to help predict when and in what part of the body a malignancy will develop in patients with Li-Fraumeni syndrome, a rare hereditary disease that predisposes people to cancer.

Another is based in part on those two trillion data points collected inside the pediatric ICU.

Working with Peter Laussen, the hospital’s chief of critical care, Dr. Goldenberg and her team used the beat-to-beat data from past patients to develop a computer model that can predict up to 70 per cent of cardiac arrests five minutes before the heart stops beating.

SickKids is now preparing to test the early-warning system at the bedside, Dr. Laussen said during an interview inside the pediatric ICU, where between 40 and 50 different physiological signals an hour were streaming from an infant boy named Mason. Less than a week earlier, Mason had undergone two open-heart surgeries to correct a congenital heart defect.

If the model works as planned, doctors would be able to use the five minutes of lead time to change medications or make other interventions to prevent a cardiac arrest. In cases in which prevention is not possible, at least the medical team would have time to prepare.

“Instead of it being a sudden event and we’re rushing to the scene, we [will have] people there, ready, organized and responding,” Dr. Laussen said. "That response is critical.”

For Dr. Goldenberg, the new appointment is a cherry atop an already impressive résumé – one she began building when she arrived in Kentucky in 1995 as a 17-year-old Jewish refugee from the former Soviet Union.

Despite hailing from a family of successful scientists and engineers, she couldn’t avoid the anti-Semitism that was rampant in her hometown of Voronezh in southwestern Russia, near the border with Ukraine.

Each day as Dr. Goldenberg walked to school, “I had to pass by a building that said, ‘Jews get out of our city,’ " she recalled in an interview Monday. "When I was smaller [other children] would dump my bag into the toilet just because of my last name.”

After completing an undergraduate degree at the University of Louisville, she moved on to Carnegie Mellon University in Pittsburgh, where she completed her master’s degree and PhD in data mining and machine learning.

Before her new appointment, Dr. Goldenberg was already a senior scientist in genetics and genome biology at the SickKids Research Institute, an associate professor in the department of computer science at the University of Toronto, and the associate research director for health at the Toronto-based Vector Institute for Artificial Intelligence. She is only 40.

The promise of Dr. Goldenberg’s groundbreaking work is part of what inspired the donation from Mr. Varma, a University of Waterloo trained engineer and entrepreneur who co-founded Autonomic, a software platform for connecting self-driving cars to smart infrastructure that was bought out by Ford Motor Co. last year.

“I’m excited for Dr. Goldenberg because this is really her chance to showcase her ability to do a lot of this stuff,” Mr. Varma said. “We need people like her that are willing to dedicate their life to this craft.” 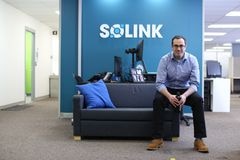 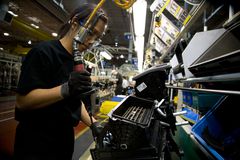 Innovative and eye-grabbing automotive tech on display at CES 2019
January 12, 2019 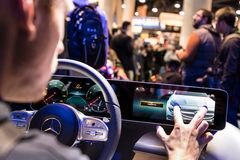