A subset of tour companies in Canada caters mainly to government groups from China. These operators help the officials – who have travelled for training, studying or business purposes – arrange accommodation, schedules and sightseeing.

But this niche market was first cut down after China’s anti-corruption campaign started by President Xi Jinping in 2012. It is suffering another big blow after Ms. Meng’s arrest and China’s furious response, which has included the imprisonment of two Canadians in China. The two countries also issued travel advisories against each other earlier this year.

“The biggest impact of Meng’s case is the official delegation tour. It’s a 100-per-cent blow to people who [travel] with official passports,“ Charles Qu, executive director of the Ontario Chinese Inbound Tour Operators Association, said in an interview. He runs A & C International in Toronto.

After Canada arrested Ms. Meng last December, he said his official tour business at was down about 95 per cent. He said in Ontario, the majority of his counterparts barely hosted any official tours in March.

Eva Ding’s Estar Travel & Tours, which is also located in Toronto, hasn’t guided any government tours in 2019. One delegation team, which her company was supposed to host this year, cancelled the trip.

“This year, the impact for [this business] is going to be huge,” she said.

Ms. Ding estimated her company would guide 20 officials in the first half of this year, compared with approximately 70 to 80 in 2018.

Mr. Qu and Ms. Ding both acknowledge the first quarter of a year is also the off-season for tourism. Ms. Ding noted other elements, such as the economy in China and the business ties between the two countries, could affect this market as well.

For low-income residents in Vancouver, a different kind of real estate crisis

Tony Wang, with Tanca Business Centre Canada in Toronto, recalled that when he started his tour business in 1996, he received about 1,500 to 2,000 official groups a year. But that number dropped sharply to about 200 in 2013, a year after Mr. Xi called for a crackdown on corruption in the country.

A statement from the Chinese embassy in Ottawa said the travel warning issued earlier this year by both countries “inevitably affects the tourism cooperation [between China and Canada].”

The Globe and Mail requested information on the number of people using official Chinese passports who are entering Canada, but the Canada Border Services Agency declined to provide such data, noting that compiling it would require extensive data mining and manual review.

The majority of the operators interviewed by The Globe said even though business and official tours are tough these days, they are still optimistic for the individual- or private-tour business.

The travel warning issued by the Chinese government left many tourists from China worried, but the travel operators say that wave of fear seems to have passed.

Mike Han, sales manager at Emice Global Tour & Events in Victoria, said in December a large number of Chinese tourists contacted his agency, asking whether it’s safe to travel in Canada. But he said, in March, he heard few concerns such as that.

“[People] were afraid to book a tour or wanted to cancel,” he said. “Now, I don’t see a big impact.”

He said numbers of already booked private tours, such as Rocky Mountain tours and summer camp tours, are similar to last year.

Destination Canada says on its website that in 2018, Chinese tourists to Canada reached a record-breaking 737,000, up 6 per cent over 2017. According to Statistics Canada, 48,628 tourists arrived in Canada from China in January, a 26-per-cent increase compared with January, 2018.

But a spokesperson with Statistics Canada said such an increase might be related to the Chinese New Year, which happened in January this year.

Mr. Wang, whose company is co-operating with several major online tourism agencies in China for private tours, said he remains doubtful about his business this year. He said he believes the political tensions between Canada and China are still affecting Chinese tourists’ decisions.

He said six to seven groups scheduled for April and May, each consisting of about 25 people, have cancelled their bookings in the past two months.

“I do have a targeted goal of this year,” he said. “But I will be happy even 50 per cent of [the tours] will be formed.” 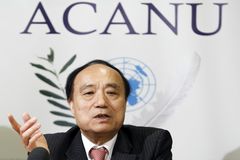 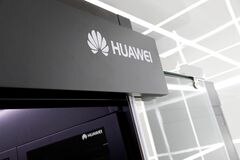 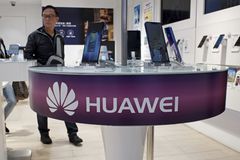