Transport Canada believed the Boeing 737 Max was safe when the government approved the new plane three years ago, but officials did not closely examine the aircraft’s flawed software before clearing it to fly.

“We felt that that aircraft was safe to fly in Canada,” said Nicholas Robinson, the government’s director-general of civil aviation. “I will say that we have a much greater understanding of some of the key concerns with this aircraft now.”

Mr. Robinson and other officials were testifying on the first day of federal hearings into Canada’s oversight of the 737 Max, two of which crashed in the span of five months, killing 346 people, including 18 Canadians. The hearings are examining Transport Canada’s methods for approving new planes, including a heavy reliance on analysis conducted by the U.S. Federal Aviation Administration in the case of the Max.

“We have to pick and choose the areas that we will review,” David Turnbull, Transport Canada’s national aircraft certification director, told the hearings. “It so happened that [the software] was not an area that we delved into in any great depth.

“This is the way, unfortunately, sometimes we learn," he said. “I can assure you if we had any of that knowledge at the time, we would have been digging a lot further."

It was a rare acknowledgement by the regulator that its oversight of the Max was flawed, and that Canada was unaware its system hindered regulators from seeing the aircraft’s deadly problems. One of the new planes crashed in late 2018 in Indonesia, and another in Ethiopia five months later. In both cases, software known as the manoeuvring characteristics augmentation system, or MCAS, designed to stabilize the plane during flight, instead put the aircraft into a deadly nosedive the pilots could not counteract.

“When things go wrong, and things break, those are opportunities where we learn things that we previously did not know,” Mr. Turnbull told the hearing.

Under Canada’s system for approving new aircraft, regulators verify information provided to them by authorities in the country where the plane is manufactured, which is the United States in the case of the 737 Max. Mr. Turnbull said Transport Canada was aware of the MCAS and how the newly designed software operated in general, and believed it didn’t require further examination.

A Globe and Mail investigation showed that when Canada approved a list of 71 key changes to the 737 Max from previous versions of the plane, the software was not included. In recent months, evidence showed that Boeing played down the significance of the MCAS to regulators to prevent the plane from requiring a new certification, which would trigger expensive pilot training for airlines.

“Obviously, the accidents have revealed things about MCAS that we surely wish we would have understood and I believe the FAA would feel the same," Mr. Turnbull said.

Transport Canada officials were asked at the transportation committee hearings whether the plane will return to service. Mr. Robinson said the plane would fly again in Canada only if it is deemed safe, but indicated that it is not a certainty.

Mr. Robinson referred to a “possible return to service” for the Max, and later said new procedures would be needed if the Max were cleared. Both statements were more reserved than those of officials at the FAA and Boeing over the past year, which have suggested numerous times that the plane would soon return to the air. The global 737 Max fleet has been grounded since last March while regulators investigate the software problems that led to the crashes.

Mr. Robinson said the planes would be inspected before they would be allowed to return, since many have been flown to warmer climates in the United States for storage. “They’re not meant to sit on the ground and not operate. They’re not meant to not fly," Mr. Robinson said. “There will have to be inspections, reviews, [and steps to] assure that the aircrews of those operators are trained, that they’ve received whatever training we determine.”

The FAA recently said it supports flight simulator training for all pilots when the Max returns, which Mr. Turnbull said “was a huge relief” for Transport Canada, which had been pushing for that requirement.

In the past, Transport Canada verified the certification work performed by the FAA, which left regulators blind to aspects of the plane they weren’t fully told about, such as the MCAS.

The testimony came on the first of four days of hearings scheduled over the next several weeks. Officials told the hearings that Transport Canada is looking at improving its validation and certification standards, and that the existing system can be improved. “We don’t have to throw the process out that we have right now. It is scalable,” Mr. Turnbull said. “Think of it like a volume button. When things happen like this, we can turn the volume up, we can increase our involvement.”

After the first 737 Max crash in October, 2018, Transport Canada introduced a five-step procedure for pilots to memorize and perform in the cockpit that was designed to stabilize the plane if the software malfunctioned. When faced with questions as to why Transport Canada didn’t ground the plane after the first crash, the government has pointed to this measure, saying it went further than any other regulator. However, when asked if that five-step procedure would have prevented another crash, such as the one last March in Ethiopia, Mr. Robinson said there is no guarantee it would have worked.

“I would not say this could have absolutely prevented [a crash]," Mr. Robinson said. 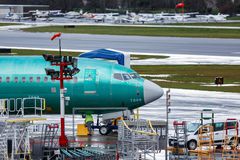 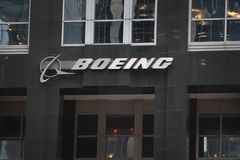 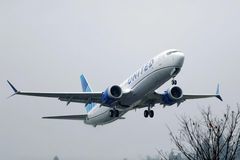