A jury heard testimony Monday that a 14-month-old boy’s treatment in hospital, not malnutrition or an overwhelming infection, was to blame for the baby’s death.

Jeromie and Jennifer Clark have pleaded not guilty to criminal negligence causing death and failure to provide the necessaries of life for their son John.

She contradicted testimony from the current chief medical examiner, Elizabeth Brooks-Lim, that suggested John was malnourished and died of sepsis.

Sauvageau looked at John’s autopsy report, a neuropathologist’s report, medical records and photographs. She said the child most likely died of an “overly aggressive correction” of the sodium in his blood.

The jury has already heard doctors gave John saline fluids after his parents took him to a Calgary hospital on Nov. 28, 2013. He died the following day after suffering a seizure and two cardiac arrests.

When John came to hospital his sodium levels were very low at 107 millimoles per litre and that was raised to by 17 millimoles within an hour, Sauvageau said.

She said there should never be an increase of four to six millimoles per litre within that time span.

“We know for sure that the sodium was very low and that it was corrected way too fast compared to what is recommended,” Sauvageau testified.

Sauvageau said it was also problematic that John was given so much fluid so quickly because it diluted his blood.

“No human body can go through that and adapt in an hour,” she said.

Sauvageau also suggested John’s small size was due to a hormonal issue rather than malnutrition. She based that in part on the proportions of his body.

For instance, she said, when children are malnourished, they normally lose weight before deficiencies affect their growth. In John’s case, it was the opposite: he was very short, but on the chubby side.

“In my opinion, it is not malnutrition and there’s absolutely no evidence whatsoever of any type of malnutrition in this kid,” Sauvageau said.

As for septic shock, two of three cultures taken were negative for staph bacteria, she said. And if he had been really sick, the initial one taken — before he was given antibiotics — would have tested positive, but didn’t.

Jennifer Clark’s lawyer is not presenting evidence on her behalf.

Jurors earlier heard Crown testimony that John had some blackened toes, an unusual rash and an abnormally low body temperature when he arrived at the hospital.

Prosecutor Shane Parker said in his opening statement earlier this month that John was born at home, had never been vaccinated, was not fed properly and had never seen a doctor until the day before he died.

Parker said that John was on “death’s doorstep” when he was taken to hospital and, because he was malnourished, he was unable to fight off a staph infection.

In cross examination of Sauvageau, Parker asked whether she had been informed emergency doctors had described John as critically ill and “somewhat lifeless” when he arrived.

She said yes, but that those descriptions didn’t match with what she saw in his medical files.

“Were you told, specifically before you came to testify today, the prognosis was John was not going to survive,” Parker asked.

Parker asked whether Sauvageau was aware there was evidence the Clarks searched online for natural remedies for gangrene before taking John to hospital.

“In this case, I’m not sure I see what you want me to do with it,” Sauvageau responded. “It would not help with the cause of death.” 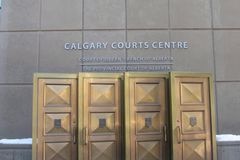