Two paramedics charged in the death of a 19-year-old shooting victim, whose injuries they allegedly shrugged off as minor, failed “at every step,” the Crown argued on the opening day of their trial Tuesday.

Yosif Al-Hasnawi, 19, was shot in the abdomen in downtown Hamilton on Dec. 2, 2017. Although 911 calls were made immediately and first responders arrived at the scene within minutes, it took 30 minutes for paramedics Steve Snively and Christopher Marchant to get him to hospital. He died there of massive internal bleeding, a result of the .22-calibre gunshot that perforated an artery, a vein and two major blood vessels.

In her opening address to Superior Court Justice Harrison Arrell at the judge-alone trial Tuesday, assistant Crown attorney Linda Shin said Mr. Snively and Mr. Marchant “failed to follow the extensive training they received and the standards they were expected to meet.” They are each charged with failing to provide the necessaries of life in a rare prosecution of paramedics.

Because there was conflicting information provided about the type of the gun used in the shooting, she said – with some suggesting that it might have been a pellet or BB gun – they became convinced this was this case.

The shooting itself, which took place around 8:55 p.m. that night, is not the focus of this trial. Dale King, who fired the gun, was acquitted of second-degree murder by a jury last fall, after arguing that he pulled the trigger in self defence. At Mr. King’s trial, court heard that Mr. Al-Hasnawi, who was leaving a nearby mosque, had confronted Mr. King and his friend after he saw them making fun of an older man on the street. Mr. King’s acquittal has been appealed by the Crown.

This trial will focus on the care, “or lack thereof,” that Mr. Al-Hasnawi received after he was shot, specifically during the 30-minute window from the time the paramedics arrived at the scene at 9:09 p.m., to the time that they arrived at the hospital at 9:39 p.m.

The first witness to testify Tuesday was Hamilton Police Constable Chris Campovari, one of the first officers to respond to the “possible shooting” call that night on Sanford Avenue North near Main Street East.

Surveillance footage captured the “chaotic” scene that Constable Campovari arrived to, with a cluster of people surrounding Mr. Al-Hasnawi as he lay on the sidewalk.

His job was to control the crowd, and get information from witnesses about potential suspects. When he received a description of two men, he relayed it over the radio. One of the men, he noted, was described as having “a white gun on his right hip.”

They were receiving conflicting reports about the type of gun, he said. At some point, his colleague sent out a second radio call: “BB gun, possibly.”

There was also uncertainty around the victim’s injuries. Constable Campovari recalled seeing a “bruise-like” wound on Mr. Al-Hasnawi’s abdomen, near his belly button. It was roughly the size of a fingernail. There was no blood, and there was also no exit wound on his back. He said the teen was conscious and moving, and “groaning” but not speaking. At some point, he recalled seeing the victim being lifted.

At one point over the radio, defence counsel Jeffrey Manishen pointed out during cross-examination, the victim’s injuries were described as “minor” and “superficial.”

The situation was unclear, Constable Campovari agreed, recalling he asked Mr. Al-Hasnawi’s father at one point whether it was possible the teen had taken any drugs. He was told no.

He recalled the father was upset that his son wasn’t being transported to hospital. “I don’t remember if that was the word he used,” Constable Campovari said, “but he was upset.”

Constable Campovari told him the ambulance number, and said if he had a complaint they could deal with that after the fact, but that this wasn’t the time.

The next time he interacted with the father was at the hospital, after they learned that the young man had died. “He was very upset,” he said. “I contacted victims’ services for him.”

The trial is scheduled to last about a month, with testimony expected from other first responders, ambulance dispatchers, as well as family members of Mr. Al-Hasnawi and other civilian bystanders who were there that night. 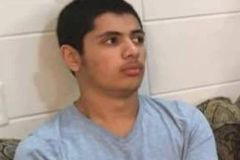 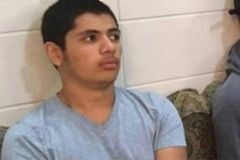