Prime Minister Justin Trudeau is not expected to meet with a top Iranian official who dropped in to the G7 summit unannounced Sunday, even as other Group of Seven leaders and officials have been sitting down to talk about how to save Iran’s fissuring nuclear deal.

France’s invitation to Iranian Foreign Minister Mohammad Javad Zarif led to sidebar meetings with French, German and U.K. officials in Biarritz Sunday – an attempt by French President Emmanuel Macron to broker an ease in growing tensions, notably in the Strait of Hormuz, where a dispute between the U.K. and Iran has been unfolding.

Canada has been supportive of restoring the Iran nuclear deal, but is not a central character in the negotiations now playing out on the margins of the G7 summit, said a senior Canadian official who provided comments on background.

Trudeau did, however, participate in some tense discussions about Iran during a meeting of the Group of Seven leaders Saturday evening at the foot of the Biarritz lighthouse.

Macron said the leaders agreed during this dinner that France could serve as a G7 messenger to Iran. Trump later denied agreeing to anything, and Macron was forced to play down his role and acknowledge Trump’s status as “the president of the world’s number 1 power.”

Meetings between Zarif and the U.S. are not expected.

Zarif did meet with Macron and also held a joint briefing with the U.K. and Germany on Sunday on the margins of the official G7 program, Zarif said in a tweet that also included photos of the meetings.

For several months, Macron has taken a lead role in trying to save the 2015 Tehran nuclear accord, which has been unravelling since Trump pulled the U.S. out of the agreement last year.

Trump’s decision to withdraw the United States from the nuclear agreement it forged with its fellow United Nations Security Council members – Britain, France, China and Russia – as well as Germany has been widely viewed as the spark for renewed tensions between Iran and the West.

The agreement provided that nuclear activities in Iran would be restricted in exchange for reduced sanctions.

Trudeau discussed the Iran deal with German Chancellor Angela Merkel during a bilateral meeting he held with her Sunday, where they agreed on the importance of the deal and the need for de-escalation, according to a readout of the meeting provided by the Prime Minister’s Office.

Speaking to reporters before their meeting, Merkel said Canada and Germany have an excellent friendship, something that is much appreciated “in a world that is in turmoil,” she said, as translated by an interpreter.

“(In) a world where there are so many conflicts, there’s a lot of common ground between our two countries, a lot of areas we see eye to eye.”

The surprise arrival of the Iranian official to Biarritz threw a monkey wrench into efforts by Trump and Trudeau to keep the focus of the summit on trade and global economic issues.

They crowed about their successfully negotiated trade agreement, known as the United-States-Mexico-Canada agreement, or USMCA, during a one-on-one meeting Sunday and their good working relationship – a far cry from the stormy end of last year’s G7 summit that saw Trump calling Trudeau “dishonest and weak.”

Despite this, the mood between leaders at the annual get-together has repeatedly been described as tense, with a clear divide reported between Trump and the leaders of the other G7 countries – France, Britain, Canada, Germany, Italy and Japan.

Trump has disputed any accounts of tension. In a tweet issued early in the weekend deliberations, he said all the leaders were “getting along very well,” and he took issue with some media reports indicating otherwise.

The leaders will wrap up their official summit meetings tomorrow, but this will not include a final joint statement. Instead, individual agreements between countries are expected to be released and the leaders will hold wrap-up press conferences to discuss summit and international issues. 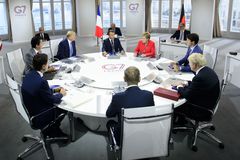 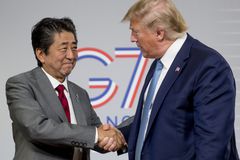 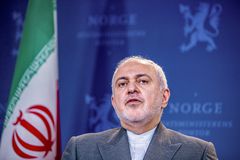