Prime Minister Justin Trudeau defended his government’s pandemic response on Friday amid criticism that top officials lacked proper intelligence on the outbreak early this year, and repeatedly underestimated the threat it posed.

Mr. Trudeau said the federal government became concerned about the novel coronavirus when Public Health officials learned of the outbreak in early January, and convened “high-level" meetings later that month to discuss the situation.

However, in responding to questions from reporters, the Prime Minister didn’t specifically address why Canada repeatedly declared the virus was a low risk to the country for much of the first three months of the year, despite warnings from the World Health Organization that the risk to the world was high.

“Throughout the month of January, we had meetings, including incident response group meetings, where we looked at the concerns we had, and talked about our preparation, and that continued,” Mr. Trudeau said. “Of course, we had to learn a lot of things on the way.”

Canada’s official risk assessments on COVID-19 have come under closer scrutiny after a Globe and Mail investigation detailed how the government’s pandemic surveillance system – a key source of early and ongoing intelligence for outbreaks – was silenced in the spring of 2019.

The system, known as the Global Public Health Intelligence Network, or GPHIN, was considered a world leader in pandemic early-warning capacity. But in May last year, key functions – such as an international alert system that helped gather intelligence on health threats, particularly in countries where governments tried to hide problems – were curtailed.

As government priorities changed, highly trained doctors and epidemiologists were shifted to domestic projects that didn’t involve pandemic preparedness. The Globe obtained 10 years of PHAC records that showed the formerly prolific alert system went silent on May 24, 2019, causing much of the unit’s intelligence gathering activities to also dwindle.

When GPHIN did begin in early January to track signals on the outbreak in China, scientists working inside the department told The Globe, they learned some of their key findings weren’t making it up to top decision makers within the government.

For several months, the federal government maintained there was no substantial threat to Canada, even as the virus spread aggressively around the world. A Jan. 24 official risk assessment stated the virus posed a low risk to Canada. Even when the WHO elevated its own risk assessment for the world to “high” on Jan. 28, the government stood firm.

With the virus spreading in 114 countries, including Canada, the government’s risk assessment remained at low as of March 11, despite evidence several weeks earlier that human-to-human transmission was a threat. It wasn’t until March 16, five days after COVID-19, the disease caused by the virus, was declared a global pandemic, that Canada’s risk assessment was raised to high.

The quality of those risk assessments is now at the heart of criticism the government is facing over whether it took the threat seriously enough, particularly after GPHIN’s operations were silenced. In the past, the surveillance system was credited with gathering crucial intelligence on the emergence and spread of Ebola, Zika, SARS and H1N1, and had been called a cornerstone of the country’s pandemic preparedness.

Mr. Trudeau said the government acted on information it was given by Public Health. “Every step of the way, we were informed by our experts as to how to keep Canadians safe, what needed to be done, and what measures would be helpful in continuing to support Canadians as we were aware of this potential,” he said.

Scientists within Public Health, some of whom The Globe is not identifying because they fear punishment for speaking out, say GPHIN was created to communicate urgency to decision makers on key responses – including how quickly to introduce physical distancing, mask wearing, border closings, and securing long-term care homes, among others. However, that role had been reduced in recent years.

Among the problems plaguing the unit were a department edict that all alerts issued by GPHIN required the approval of a senior manager, which ultimately halted much of its surveillance operations. Meanwhile, analysts were told to focus more on domestic issues, such as studying the health impacts of vaping in Canada.

Canada’s Auditor-General is now investigating the oversight of GPHIN, and Health Minister Patty Hajdu has ordered an independent federal review into the department’s handling of the unit. “What we don’t want is an environment where scientists feel that they can’t use their voice," Ms. Hajdu said this week. 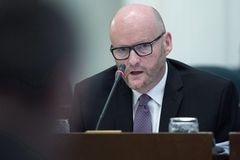 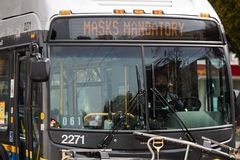 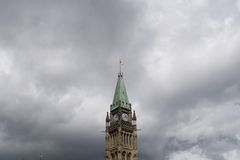