Prime Minister Justin Trudeau is pledging financial backing and legislation to ensure that the Trans Mountain pipeline expansion is completed, after B.C. Premier John Horgan gave no ground at a hastily called meeting in Ottawa on Sunday.

Emerging from a two-hour session on Parliament Hill, Mr. Trudeau and Alberta Premier Rachel Notley made it clear that their respective governments are determined to see construction proceed this summer, despite legal and political challenges from B.C. and protests on the ground.

“The Trans Mountain expansion is a vital strategic interest to Canada − it will be built,” Mr. Trudeau said after the meeting.

The Prime Minister interrupted a 10-day foreign trip to bring together Mr. Horgan and Ms. Notley after Kinder Morgan suspended all “non-essential” spending on Trans Mountain a week ago and set a May 31 deadline to keep the project alive. In the wake of that ultimatum, both Mr. Trudeau and Ms. Notley promised financial support from their respective governments to remove the risk of continuing political battles from the shoulders of Kinder Morgan and its shareholders.

On Sunday, Mr. Horgan continued to insist that he has an obligation to protect B.C. coasts from oil spills and said his government will pursue a reference in federal court to clarify his government’s authority to regulate transportation of oil-sands bitumen through the province.

“We continue to disagree on the question of moving diluted bitumen from Alberta to the port of Vancouver,” he said.

He added, however, that he will stand down if the court rules against his government. The B.C. Premier said the tone of the meeting was cordial, noting that Mr. Trudeau assured him Ottawa would not pursue measures to punish B.C. over its pipeline position.

Read more: What if the Trans Mountain pipeline is never built? (for subscribers)

The Trans Mountain project pits B.C. against Alberta and other Western provinces, as well as the business community against Indigenous leaders and local political leaders in B.C.’s lower mainland.

Mr. Trudeau said on Sunday that he has instructed Finance Minister Bill Morneau to enter into talks with Kinder Morgan Inc. The Alberta government will join the negotiations.

He provided no details of what the financial support might entail, though officials have said it could be a form of political risk insurance, loan guarantees or even a direct investment. Ms. Notley says her government is also prepared to invest in the Trans Mountain project, or take it over completely if that is what is needed to keep it on track.

The Prime Minister insisted the government will protect the interest of taxpayers, even as it provides financial backing for a $7.4-billion project whose price tag could escalate dramatically.

The Liberal government will also introduce legislation soon that reasserts federal jurisdiction over the Trans Mountain project, an approach Liberal ministers had previously dismissed as irrelevant since the Constitution and courts have clearly given Ottawa pre-eminent authority over interprovincial pipelines.

After months of making reassuring statements, Ottawa was spurred into crisis mode a week ago when Kinder Morgan put forward its ultimatum.

The Houston-based company said it needed to see a “clear path” to completion, uncluttered by British Columbia’s delaying tactics and threats of regulation that would jeopardize the project’s economic viability. In addition, Kinder Morgan’s chief executive Steve Kean said the company must have financial protection for its shareholders if it is going to ramp up spending to $300-million this summer.

The promise of financial backing from Ottawa and Alberta may ease the financial risk, but the two governments offered no clear answer for Kinder Morgan’s insistence that B.C. ends its indirect threats to block the project. In addition, any court reference would take months, taking a legal resolution well beyond Kinder Morgan’s deadline.

Ms. Notley said her government and Ottawa are having “significant conversations” with Kinder Morgan to provide financial security to the project, but declined to provide details.

“I’m quite confident in the nature of the conversation we are having at this point [that we] will get the job done in terms of eliminating the uncertainty,” she said.

Pipeline opponents argue that by pledging financial support for the pipeline project, the Trudeau government is breaking a long-standing promise to reduce subsidies for the fossil-fuel industry.

Ms. Notley’s NDP government will introduce legislation on Monday that will allow it to cut the flow of crude, gasoline and diesel to B.C., a move that would drive up pump prices on the West Coast.

First Nations leaders who oppose the pipeline remained defiant Sunday in the face of Mr. Trudeau’s pledge to remove the political uncertainty that threatens to derail the project. “What he is ignoring is that we are the uncertainty,” said Will George, who is leading the effort to blockade Kinder Morgan’s terminal. “We will not be bought and we will block this pipeline.”

Mr. Trudeau insisted on Sunday that his government had carried out an unprecedented amount of consultation with First Nations prior to approving the project in November 2016, and noted that 43 Indigenous communities have signed benefit packages with Kinder Morgan, including 33 in B.C.

Meanwhile, pipeline protesters who have been arrested for civil contempt at the company’s Burnaby Mountain facilities will learn on Monday if they will face criminal prosecution. More than 170 people have been arrested since mid-March, including federal Green Party Leader Elizabeth May.

Mr. Trudeau’s pledge to introduce legislation asserting federal authority in approving pipelines could also create a backlash in Quebec, where politicians insist the provinces must play a key role in approving major energy projects that could pose environmental risks.

“They encourage [project] promoters to ignore provincial environmental regulations enacted in the name of citizens,” He called for the Canadian government to practice a “co-operative federalism” and work with provinces on such major proposals. 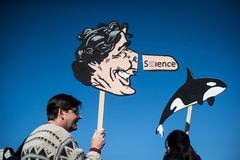 Opinion
Pipeline furor another signal of rising power of the West
April 13, 2018 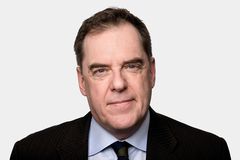 Follow Shawn McCarthy and Justine Hunter on Twitter @smccarthy55 @justine_hunter
Report an error Editorial code of conduct
Due to technical reasons, we have temporarily removed commenting from our articles. We hope to have this fixed soon. Thank you for your patience. If you are looking to give feedback on our new site, please send it along to feedback@globeandmail.com. If you want to write a letter to the editor, please forward to letters@globeandmail.com.
Comments are closed