Americans and Canadians alike are used to seeing gauzy, pastel-coloured pitches for medicines, therapies and treatments on cable television. They’re less accustomed to hearing them delivered live from the White House briefing room.

Mr. Trump said earlier this week that the U.S. has stockpiled 29 million hydroxychloroquine tablets – a strategy based on evidence that doctors, health-care professionals, governors and infectious-disease experts across the country have described as inconclusive at best and downright dangerous at worst.

“What do I know? I’m not a doctor. But I have common sense,” the President said. “What do you have to lose?”

Quite a bit, if your quality of life depends on a drug that’s becoming scarcer by the day.

“It’s disheartening,” said Florence Tew, a Toronto resident who has been taking the medication for the past 12 years as part of a cocktail of drugs to help manage the symptoms of lupus, which can include debilitating joint pain, rash and kidney problems.

As the hype over hydroxychloroquine has ramped up in recent weeks, Ms. Tew described hearing stories online from other lupus patients being warned by their pharmacies that they wouldn’t be able to refill their prescriptions – and in one case, being told by a doctor’s office that they would be denied the drug entirely.

“That’s when I started to really panic,” she said. “You’ve gotten to a point where you’re taking this medication and you just – you feel good, you’re able to work, you’re able to function and then something throws a wrench into it.”

Ms. Tew said she currently gets a monthly supply of her medication from PocketPills, a B.C.-based pharmacy service that fills, delivers and manages prescriptions online – and that’s beginning to notice warning signs about the drug’s availability.

Demand for the drug spiked in North America in the early days of the outbreak, not long after the President began singing its praises, said A.J. Bassi, the company’s director of pharmacy services. Oversight bodies like the Ontario Medical Association and the Registered Nurses of Ontario had to issue notices to discourage doctors from stockpiling it.

Since then, although manufacturers insist that the supply of the drug in Canada is currently at typical, pre-pandemic levels, vendors are using historical purchase trends to restrict pharmacies to a 30-day limit on how much they can purchase, he said.

“If I only historically purchased 500 tablets a month, because that’s how much I dispense, then that’s how much they’re restricting that we can purchase,” Mr. Bassi said. The coming challenge will be dealing with supply-chain problems where wholesalers are forced to use ground transportation to send shipments, leading to potential restocking delays.

“Everybody’s going crazy buying toilet paper – when you need some, you go buy two rather than one, because you’re just – you’re afraid. And the same thing in pharmacy – you’re afraid for your patients, so you buy more.”

So what’s with the President’s fixation on hydroxychloroquine?

Conspiracy theories abound, most of them revolving around Big Pharma’s long-standing influence in U.S. politics and reputation as a generous campaign donor. The New York Times reported Tuesday that Mr. Trump has a small personal stake in Sanofi, a Paris-based drug maker that produces Plaquenil, the brand-name version.

“Hydroxychloroquine can cause serious adverse reactions and should not be taken without medical prescription or advice,” the company says on its website. “Sanofi’s hydroxychloroquine product is not indicated for use for COVID-19 in any country.”

And Peter Navarro, the White House trade adviser, has reportedly been so aggressive in promoting the hydroxychloroquine theory that he got into a Situation Room confrontation on the weekend with Dr. Anthony Fauci, the head of the National Institute of Allergy and Infectious Diseases and the face of the government’s COVID-19 effort.

Mr. Navarro, citing his own research into anecdotal reports of the drug’s effectiveness, has parroted the president’s thinking.

“History will judge whether this was an efficacious drug,” he told CNN. “Right now, in the fog of war, if that can save lives that’s a good thing.”

The Trump administration’s enthusiasm for the drug is based on anecdotal studies conducted on a relative handful of patients, said Dr. Allen Zagoren, a surgeon and professor of public administration at Drake University in Des Moines, Iowa.

“When you have a disease that’s affecting a million people, you need to have bigger numbers to project because that could be coincidental – the disease is very unpredictable,” Dr. Zagoren said.

“You need to have a big study to predict. When you start throwing stuff at the wall to see what will stick, that’s garbled information – it’s garbage in, garbage out.”

Then there’s the issue of side effects, Dr. Zagoren noted: The drug carries a host of potential issues, particularly for people with pre-existing conditions, compromised immune systems, cardiopulmonary problems – the very people who are most likely to be vulnerable to the severe effects of COVID-19 in the first place.

Hydroxychloroquine is also often administered with an antibacterial known as azithromycin that carries a heightened risk of death in patients with a pre-existing heart condition.

“If I was asked to review a case for a lawyer or the board of medicine that a physician decided to give a drug to the patient that had no proven efficacy off-label and the patient died, that’s negligence,” Dr. Zagoren said.

“Write the cheque, because you can’t defend that.” 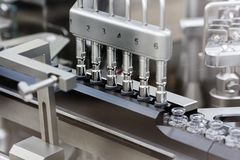