Mackie Greene, director of the Campobello Whale Rescue program, said Wednesday the group tried last week to free Snow Cone, a female who had been originally spotted entangled off Cape Cod, Mass., last spring. Mr. Greene said an American crew removed some of the rope at the time but had to call off their efforts because of bad weather, adding that the whale continued north into Canadian waters.

“She was spotted in May in the Gulf and we responded and were able to get 30 feet of rope off of the whale, but she still has rope wound in her mouth, in her baleen and some trailing lines,” he said.

Mr. Greene said his team was able to remove three pieces of rope last week, adding that the animal appears healthy and is feeding; however, he said, more rope needs to be removed. “Snow Cone has a pretty sad story,” Mr. Greene said. “She’s a female, born in 2005. The year before last she had a calf and was coming north and the calf was run down and killed.”

He says a larger, mature whale that’s also entangled in gear has been spotted about 80 kilometres northeast of Shippagan, N.B., in an area where all the right whales appear to be congregated. Unlike Snow Cone, Mr. Greene said it appears the whale likely became entangled in the Gulf – perhaps the result of fishing gear that had been lost.

The federal Department of Fisheries and Oceans issued a statement Wednesday saying the whale is a five-year-old male and the first entangled North Atlantic right whale reported in Canadian waters since 2019. The whale, it said, appeared to be badly injured, according to a report from a crew aboard a New England Aquarium research ship operating in the southern Gulf of St. Lawrence.

A satellite tag was attached to the gear, the department said, adding that it will continue to track the whale. Mr. Greene said his group will try to free that whale this weekend with the help of the Fisheries Department.

As for Snow Cone, Mr. Greene said rescuers put a lot of strain on the whale last week and want to give her a bit of time to recover. “We are going to try again to see if we can cut those lines closer to her mouth,” he said. “Unfortunately, that’s about all we can do. The mouth is always the hardest part to get at. When you get close to them, they’ll dive.”

Last month, scientists reported a troubling reduction in the length of North Atlantic right whales, suggesting their stunted growth could be the result of hauling around fishing gear. Since June, 2017, an unusually large number of the whales have died, reducing the population to fewer than 400 animals – a number that has some experts warning that the species is on the brink of extinction. Ship strikes and fishing gear entanglements account for most of the deaths.

The Canadian government has imposed a series of measures over the past four years to protect the whales, including periodic fisheries closings and mandatory speed limits. At least 34 North Atlantic right whales died between 2017 and 2021 – 21 of them in Canadian waters. 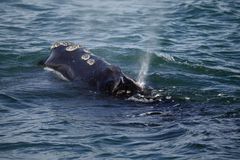 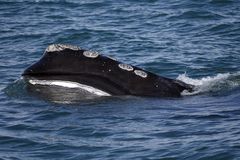 Inside the international effort to disentangle Snow Cone the whale
May 17, 2021 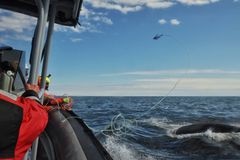