The University of Toronto’s law school is facing international and internal criticism, accused of caving in to pressure from a sitting federal judge not to hire a human-rights director because of her scholarship on Israel’s occupation of the Palestinian territories.

The law school has been attempting to fill the job of director of its International Human Rights Law Program, which has been vacant for a year. A hiring committee recommended Valentina Azarova, a published scholar with academic experience in several countries, including Germany, Britain and at Al-Quds University in East Jerusalem. An online biographical note says she is associate editor of the Oxford Reports on International Human Rights Law and United Nations Treaty Bodies.

In an e-mail to law dean Edward Iacobucci on Sept. 12, two former directors of the program allege that the school made an offer to her, and that in mid-August she accepted it. But when a judge on the Tax Court of Canada pressed him on the matter, Mr. Iacobucci rescinded the offer, says the e-mail, which The Globe and Mail obtained. It does not state the name of the judge.

The Globe attempted to reach the Tax Court in repeated e-mails and telephone calls to its media representative, but received no response. Mr. Iacobucci, asked by The Globe whether he had been pressed by a Tax Court judge, did not respond. The Globe also contacted U of T president Meric Gertler. The university responded with an e-mailed statement from Kelly Hannah-Moffat, vice-president of human resources & equity. “Personnel searches at the University of Toronto are confidential and bound by policies and applicable privacy legislation,” she said. She denied that a job offer had been made to Dr. Azarova, saying that no offers were made because of technical and legal constraints involving cross-border hiring at this time.

The two former directors of the human-rights program, Carmen Cheung and Samer Muscati, said in their e-mail to Mr. Iacobucci that the sequence of events “strongly suggests improper external interference by a member of the judiciary in the hiring of the IHRP Director as well as a serious breach of confidentiality in the hiring process. … The facts suggest that your office has caved to political pressure.”

In an interview from Athens, Dr. Azarova, whose spouse, stepchildren and in-laws live in Toronto, said that she had accepted an oral offer. "It was all presented to me as ‘we’re ready to go, we’re going to press start on the work permits.’ " For roughly a month, she said, she had discussed with the school a starting date, salary and immigration paperwork. The school, she said, had discussed hiring her as a temporary foreign consultant while she awaited a permit from the Canadian government. She said the school later told her that the foreign consultancy was not legal and that it needed someone right away. She said she now believes that was a “pretext.”

The events have not sat well with some leading scholars at the law school. Law professor Audrey Macklin, the chair of the hiring committee, resigned from that position after being advised that a Tax Court judge had contacted the law school, and that the job had been rescinded shortly after, the e-mail says. Prof. Macklin declined to comment when telephoned at home by The Globe.

And on Wednesday, the program’s advisory board – Vincent Chiao, Trudo Lemmens and Anna Su – resigned en masse, effective immediately, leaving the program unable to operate in the 2020-21 academic year, in their view. In a statement to Mr. Iacobucci, they said they are disappointed by “the lack of fair process, including the failure to provide reasons for the decision taken, and ultimately the breakdown in ordinary norms of collegiality that have brought us to this point.” As well, the co-chairs of the alumni steering committee, Louis Century and Morgan Sim, called on Mr. Iacobucci to respect the unanimous decision of the hiring committee.

The school has also received criticism from international scholars, including Itamar Mann, an associate professor at the University of Haifa law faculty in Israel.

In an e-mail to Mr. Iacobucci, Prof. Mann questioned whether there was an erroneous reading of Dr. Azarova’s scholarship. “While she has been critical of the Israeli government’s long-standing policies in occupied territories, her position is both grounded in international law and generally shared by a large number of legal scholars both in Israel and outside of the country,” he wrote.

He added that if the rejection of Dr. Azarova becomes public, “it may embolden efforts to boycott Israeli universities, as a form of retaliation for such influence on the part of Jewish organizations. This will doubtlessly be counter-productive from the point of view of supporters of Israel.”

He was contacted by U of T faculty, and believes the allegations about interference to be true. “It hasn’t been denied,” he said in an interview. “The burden is on [the dean] to deny it.”

“Around the world," his e-mail said, "academics are facing increasing threats and pressures from authoritarian regimes for espousing positions that fall entirely within the mainstream of established legal and political orthodoxy, such as, in this case, compliance with universally agreed rules of international law. … To discover that an institution in Canada risks taking a turn down this road is extremely shocking … for the example it will set globally.”

David Robinson, the executive director of the Canadian Association of University Teachers, voiced his group’s complaint in an e-mail to Dr. Gertler, president of the university.

“It appears the decision to cancel her appointment was politically motivated, and as such would constitute a serious breach of widely recognized principles of academic freedom."

The Canadian Judicial Council’s Ethical Principles for Judges, a set of guidelines for behaviour, tells judges not to participate publicly in “controversial political discussions” except where the courts, judges or the administration of justice are directly affected.

Neil Wittmann, a retired chief justice of the Alberta Court of Queen’s Bench, told The Globe that a complaint to the judicial council would probably find some traction. “This is not the kind of thing that an executive director [of the judicial council] would dismiss out of hand,” he said. Judges have to maintain, in appearance and substance, their impartiality and independence, he added.

Dr. Azarova said that, from what she understands second-hand, no one has singled out anything she has said or written for criticism. Instead, it was simply based on the fact she has done work on the subject of the Israeli occupation. “That’s a question of political bias,” she said.

She added: “I had no intention of doing Palestine work at U of T, in fact. It was not the work I presented on in the interview. In fact, it’s a fraction of the work I’ve done in the past few years. I do work on immigration and supply-chain accountability.” 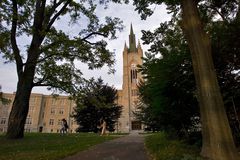 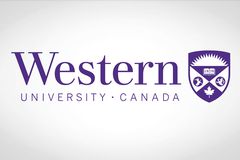 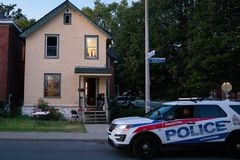 Follow Sean Fine and Joe Friesen on Twitter @seanfineglobe @FriesenJoe
Report an error Editorial code of conduct
Due to technical reasons, we have temporarily removed commenting from our articles. We hope to have this fixed soon. Thank you for your patience. If you are looking to give feedback on our new site, please send it along to feedback@globeandmail.com. If you want to write a letter to the editor, please forward to letters@globeandmail.com.
Comments