The news that actor Luke Perry was hospitalized earlier this week after suffering a stroke has shocked many friends and fans. One of the questions being asked is how something like this could happen to someone so young. Mr. Perry is 52.

But what many people don’t realize is that stroke is very common – so common that one in four people will experience one during their lifetime, said Michael Hill, director of the stroke unit at Calgary’s Foothills Medical Centre. Of those, about 15 per cent of strokes happen to people under age 50, he said.

The causes of stroke often differ in older versus younger patients, Dr. Hill said. In patients 65 and older, strokes are often linked to long-term health issues, such as high blood pressure or a history of smoking. The cumulative effects build over the course of decades, damaging arteries and blood vessels and eventually causing them to become blocked or to burst.

In younger patients, factors such as high blood pressure typically haven’t had the time to cause enough damage to lead to a stroke, Dr. Hill said. The causes of stroke in the younger cohort are typically linked to injuries, such as neck damage during a car accident, or use of drugs such as cocaine. In some cases, young people who smoke heavily and have other health conditions, such as diabetes or high cholesterol, are also at risk from a stroke.

Dr. Hill said he regularly sees patients who are 50 or younger who have suffered a stroke. He recently treated a young woman who has had diabetes since she was a child and experienced a stroke as a result of the cumulative damage it caused.

“Every week, I see people with stroke under 50,” said Dr. Hill, who is also a professor of neurology at the University of Calgary. “It’s not unheard of.”

The good news is there have been major advances in the treatment of stroke in recent years. In many cases, patients can make a full recovery, but only if they get to a hospital in time.

The vast majority of strokes are ischemic, meaning that arteries leading to the brain have become blocked. About 15 per cent are hemorrhagic, which occurs when blood vessels burst, causing bleeding on the brain. Ischemic strokes can be treated with clot-busting drugs that break up blood clots and help the flow of blood return to the brain. But they only work if they are given a few hours after stroke symptoms appear.

So health professionals and groups like Heart and Stroke emphasize the importance of knowing the signs of stroke. They use the acronym FAST: face, arms, speech and time. A drooping face, inability to lift both arms and slurred speech are all classic signs of stroke. The "T" stands for time, as it’s critical to get a person treated as quickly as possible in order to minimize the damage from a stroke.

Dr. Hill noted that knowing the symptoms is important not for saving yourself, but for saving others. If you are experiencing a stroke, it’s unlikely you will be able to call for help because your brain function will be compromised. That’s why it’s important for as many people as possible to recognize the symptoms and to call for help if they suspect someone is suffering a stroke.

“Knowing the symptoms of stroke are about helping your mother or sister or brother or co-worker,” Dr. Hill said. 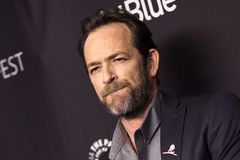