North Bay is a city of about 59,000 people in northern Ontario that, until a few years ago, had one of the worst sexual assault unfounded rates in the country at 44 per cent.

But in the year since The Globe and Mail revealed that Canadian police were disproportionately dismissing sexual-assault allegations as baseless, North Bay has emerged as one of the leaders of reform.

According to an analysis of annual crime data released by Statistics Canada last week and numbers compiled as part of a Globe investigation covering 2010-14, North Bay reported one of the sharpest drops in sexual-assault unfounded rates in the country – down to 16 per cent. This was just two percentage points above the national rate in 2017.

The North Bay service was one of 62 Canadian police departments to record a double-digit decrease in unfounded sexual-assault rates after The Globe’s Unfounded series, which last year revealed 19 per cent of sexual-assault complaints were being rejected as invalid.

The Globe’s series requested data from roughly 175 police services — the numbers change year to year as forces dissolve or are absorbed by others — and of those, 113 provided complete data for all five years enabling statistical analysis. About half showed double-digit decreases, 31 had single-digit decreases, a handful showed no change and 16 showed increases. (There are about 1,117 police jurisdictions in Canada. Municipal forces are each responsible for one jurisdiction, but four agencies — the Royal Canadian Mounted Police, Ontario Provincial Police, Sûreté du Québec, and Royal Newfoundland Constabulary — handle multiple, sometimes hundreds, of jurisdictions.) 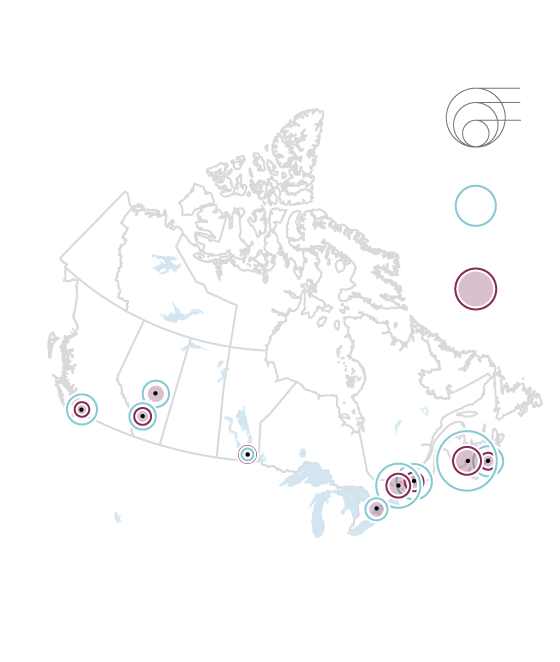 which represented 92 per cent of the population, for the years 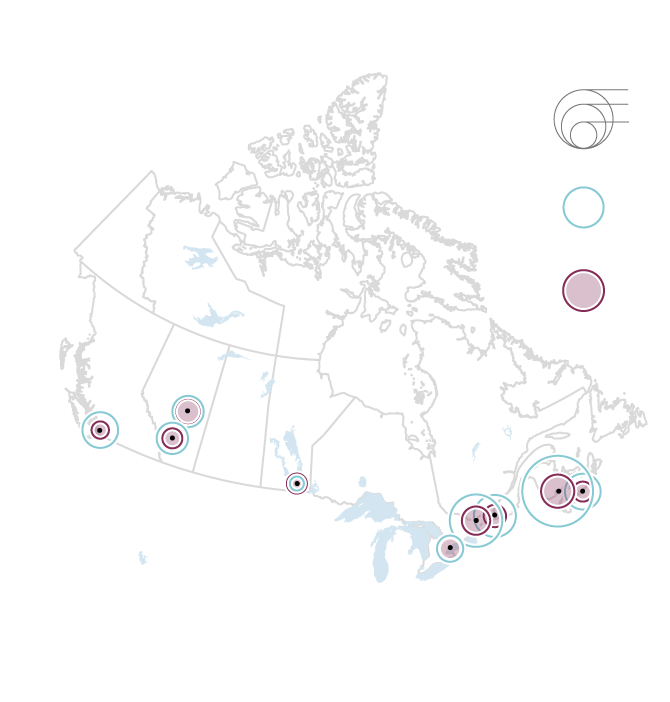 Note: The Globe received data from 873 police jurisdictions, which 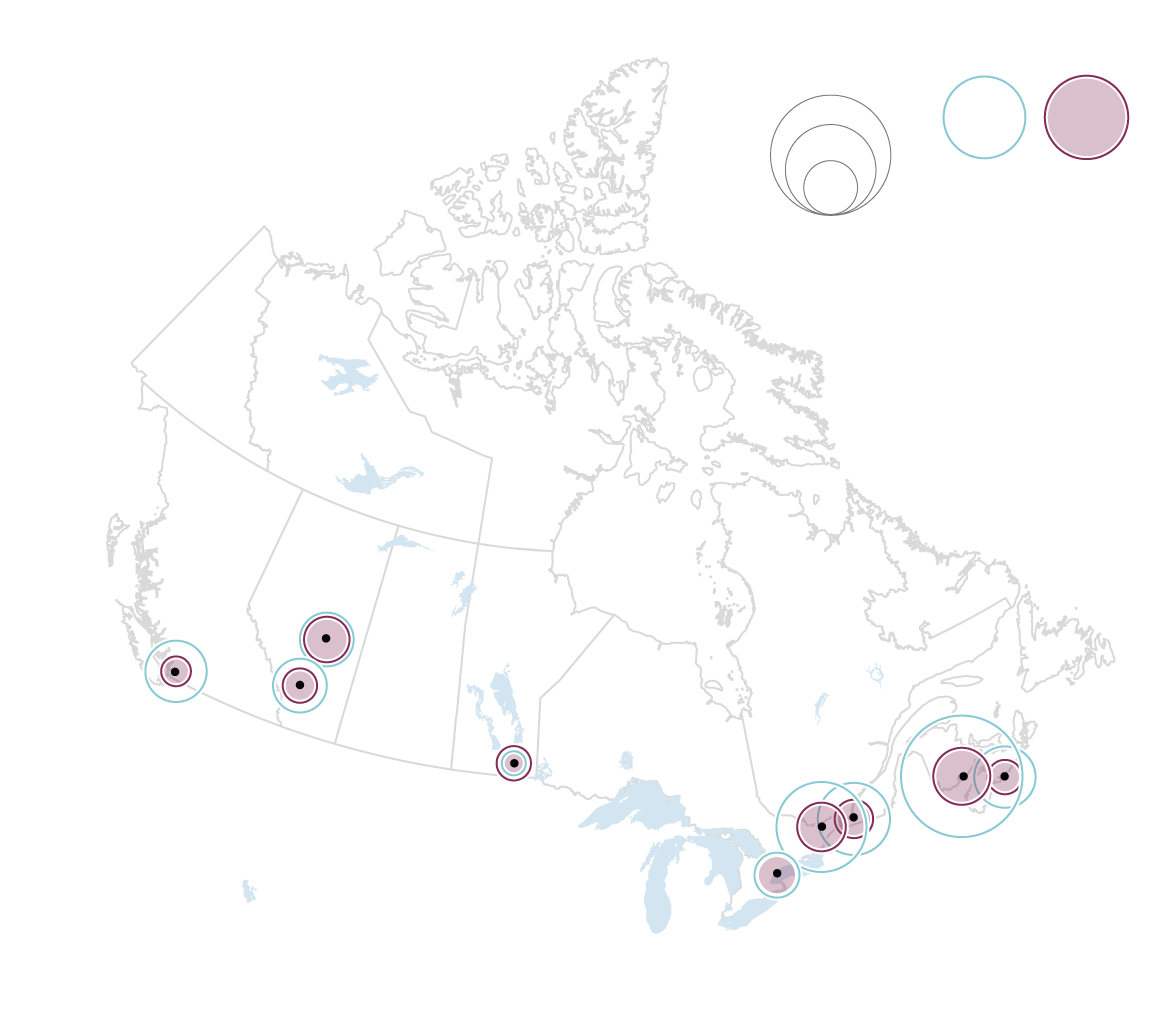 Last week’s release marked the first time since 1994 that the federal statistics agency published detailed unfounded data for individual police services. The figures showed that, on average, Canadian police dismissed 14 per cent of sexual-assault allegations as unfounded, a term that means the officer does not believe a crime occurred. By contrast, only 9 per cent of physical-assault complaints were deemed to be invalid in 2017.

Statistics Canada’s decision to resume the collection and publication of unfounded numbers is one that academics have been calling for since the agency ceased the practice over concerns about data quality. At the time, agency officials worried some police services were either not tracking these complaints or not using the code correctly.

The unfounded designation is only to be applied in the rare instance when an investigation has shown a crime did not occur — not if there is not enough evidence to substantiate an allegation. Once a case is classified as unfounded, it no longer counts as a sexual-assault complaint.

The Globe used freedom-of-information requests to collect unfounded statistics from 873 police jurisdictions — this represented 92 per cent of the country — for the years 2010 to 2014. While The Globe’s figures cannot be directly compared with the 2017 Statistics Canada numbers because of differences in methodology and data coverage, they are the best benchmark available to measure the impact of the sweeping changes around sexual-assault investigations that most Canadian police services have adopted since the Globe series.

From the archives: Unfounded: Why police dismiss 1 in 5 sexual assault claims as baseless

Read more: What is your police service doing about sexual assault?

Chief Devine was one of the first police chiefs in Canada to publicly support the then-radical idea of providing rape crisis centre staff with access to raw police files. The advocates would then review the case to see whether officers had been influenced by rape myths and stereotypes or whether there had been any investigative missteps. (Half of Canadians are now living in a jurisdiction where the local police service has adopted some form of advocate case review, which is inspired by a program that has been running in Philadelphia for the past two decades.)

Chief Devine said that it’s great that his city’s unfounded rate has fallen, but that was never his primary focus. The goal, he said, was to improve the quality of investigations. He believes the unfounded decline is likely a byproduct of several changes, including new coding training and feedback from the reviews.

He cautioned that while there has certainly been progress, the advocate audits have shown that officers would benefit from specialized sexual-assault training, particularly training that addresses new research into how trauma can affect victim behaviour.

The key shift is in understanding that you can’t approach a sexual-assault investigation in the same way that you would other types of investigations, Chief Devine said.

“If an interview turns into an interrogation, that’s a problem,” the chief said. “There’s a lot of stuff, even for a small organization like this, where we’re probably going to have to address the need for specialized training … but where do we find the time and money?”

Ontario showed one of the biggest unfounded rate drops among the provinces, according to a comparison of The Globe’s 2010-14 data with Statistics Canada’s 2017 figures.

Previously, Ontario’s unfounded rate for sexual-assault cases was 25 per cent. The latest numbers put it at 14 per cent. Two other regions showed double-digit drops: The Northwest Territories, which is policed by the Royal Canadian Mounted Police, went from 30 per cent to 17 per cent, while New Brunswick’s rate declined 12 percentage points, from 32 per cent to 20 per cent.

New Brunswick previously held the highest rate of unfounded sexual-assault cases in the country. According to the 2017 Statistics Canada figures, Prince Edward Island police services — a mix of municipal forces and RCMP jurisdictions — is now the highest at 24 per cent. (Because the largest municipal police service in PEI — Charlottetown, which polices about 40,000 people — declined to provide The Globe data for last year’s series, it is not possible gauge the province’s shift.)

Jenn Richard is the director of community development at the Fredericton Sexual Assault Centre. She is also the vice-chair of a provincial working group responsible for improving New Brunswick’s response to sexual violence.

One of the findings of The Globe’s Unfounded series was that rates fluctuated — sometimes wildly — between jurisdictions, even jurisdictions located in similar geographic areas and with similar demographics. For example, in Fredericton, a city of about 60,700, The Globe found that 16 per cent of sexual-assault files were being dismissed as unfounded (today, it’s 13 per cent). But just an hour south in Saint John, a city of about 70,800, the unfounded rate was 51 per cent (it has since dropped to 11 per cent).

After police conclude a sexual-assault investigation, they give it a closure code to signify the outcome for statistical purposes — such as cleared by charge. This is part of the Uniform Crime Reporting (UCR) survey, which police services use to report data back to Statistics Canada.

As part of its plan to resume collecting and publishing unfounded numbers, the federal statistics agency and the Canadian Association of Chiefs of Police said it would update its UCR classifications. Those changes, which were announced in July and include new case closing options and a more explicit definition of a “founded” allegation, are not reflected in the latest Statistics Canada data release. However, after The Globe’s series, police services were reminded of the correct use of the unfounded code — that the allegation is baseless and no crime occurred.

One large police service that continued to have a high unfounded rate was the Ontario Provincial Police, collectively responsible for policing 2.3 million people. The Globe found OPP officers were closing 34 per cent of sexual-assault cases as unfounded. In 2017, the number fell to 26 per cent — still significantly higher than the national average of 14 per cent and drastically higher than the false reporting rate, which studies show is between 2 per cent and 8 per cent.

The rate remains high despite the fact that the OPP has been among the more aggressive police services in terms of policy change. The agency has rolled out new trauma-informed training, created a team of specialized sex-assault officers and implemented advocate case review in each of its regions.

Detective Inspector Karen Arney heads up the OPP’s newly formed unit of five detective sergeants who specialize in sexual-assault cases. She said that many of the biggest reforms made within the agency didn’t take effect until later in the year — her team only got started in January of 2018, for example. This, she says, is why the unfounded rate didn’t move much.

So far in 2018, internal OPP statistics show the unfounded rate is below 20 per cent. As the service continues to implement feedback from the case review committees and once the new UCR coding options are available, the numbers will come down even more, she said.

One of the jobs of Det. Insp.’s Arney’s team is to take part in the review committees. If a problem is identified, her officers send the case back to the initial officer.

“Sometimes this will be because more work needs to be done or we’ll be providing recommendations … there’s a lot of officers doing some great work out there, but of course, there’s always room for improvement,” she said. “As a police officer, you want to know: who, what, when, where, how, but sometimes you need to step back and think about if the victim is being treated respectfully.”