Eliano Rexho spent years planning for a semester abroad in Italy, but watched helplessly as a global pandemic wiped out his efforts in days.

Rexho, a commerce student at Queen’s University, spent only three weeks at Milan’s Bocconi University before the country was engulfed by a wave of COVID-19 cases caused by a novel form of coronavirus.

As travel restrictions tightened across the country and culminated in a near total lockdown earlier this week, Rexho watched as friends from universities outside Canada fielded regular bulletins and made plans to return home based on advice from their schools.

But Rexho said information was slower in coming from his own school, citing updates that often contained out-of-date information and lacked specific guidance on how best to proceed.

“This is unprecedented grounds for a lot of people, including universities, but we did expect to get a bit more guidance than what we did,” Rexho said in a telephone interview from London, U.K., where he is staying until he can make travel arrangements to fly home to Toronto.

Canadian universities appear to be taking a more cautious approach than their American counterparts in other aspects of their response to COVID-19, which the World Health Organization declared as a pandemic on Wednesday.

As U.S. institutions prepare to shutter campuses and suspend activities, most Canadian universities appear poised to maintain business as usual for the time being.

In Canada, only Laurentian University in Sudbury, Ont., had announced plans to take similar steps as of Wednesday afternoon. The school announced the move in a tweet indicating classes were suspended as of noon and moving online starting the next day.

Classes are still in session at more than a dozen postsecondary institutions contacted by The Canadian Press.

Vivek Goel, a professor at the University of Toronto’s Dalla Lana School of Public Health, cautioned against comparing Canada and the U.S. in their responses to the coronavirus.

Goel said Canada was quicker to respond to the outbreak, drawing heavily on lessons learned during the 2003 SARS epidemic that had a stronger impact in this country than it did south of the border.

The result, he said, is a reasonably well-contained situation and a health risk that officials across the country have been characterizing as low.

But Goel said more Canadian universities may be forced to adopt similar measures implemented in the United States and beyond if the outbreak intensifies.

“It could wind up happening that we start to see similar things happening in Canada, because we’re a large, geographically dispersed country and the local epidemiology might be different in different parts of the country,” he said.

Goel, who also serves as the university’s vice-president of strategic initiatives, said the school is asking instructors to think about alternative ways of delivering courses and administering exams if more extreme measures become necessary.

He said the school is basing its approach on advice from public health officials, a stance echoed by many other Canadian universities.

“We are … in regular contact with public health authorities and continue to monitor travel advisories from Global Affairs Canada,” University of Waterloo spokesman Matthew Grant said in a statement. “To date, we have not received any advice from public health to cancel events or classes or to change the way classes are delivered.”

Schools including McGill University and the University of British Columbia said they have taken steps to bring exchange students home from stints abroad.

McMaster University in Hamilton went a step further on Wednesday by ending all international travel effective immediately, noting students already abroad should be in contact with their class supervisors to discuss whether they’d like to return early.

Dalhousie University in Halifax announced Wednesday it was cancelling all international field courses until September as well as nixing all travel to countries under travel advisories from the Public Health Agency of Canada.

Dalhousie, along with other universities including Queen’s, have appointed individuals or set up committees to help co-ordinate a response to the COVID-19 outbreak.

Dr. David Walker, a special adviser for Queen’s COVID-19 planning and preparation efforts, said the school has cancelled conferences for members of its Faculty of Health Sciences but has allowed others to continue. Classes and other activities are proceeding as scheduled, but Walker said the school is prepared to change its approach at a moment’s notice.

“This is one of the challenges with this phenomenon,” he said. “One makes decisions based on an uncertain platform, only to find that platform shifts even further within 12 or 24 hours.”

Walker declined to comment on Rexho’s recent experience. Rexho himself said that while he is disappointed that he missed out on the whole studying abroad experience, he is grateful that he will be able to complete his courses online and obtain his credits.

Most people diagnosed with COVID-19 experience mild or moderate symptoms, such as fever and cough, and the vast majority of those who contract the virus recover. The Public Health Agency of Canada says the risk to the general population is low. However, for some, including Canadians aged 65 and over, those with compromised immune systems and those with pre-existing conditions, the illness can be much more severe. Among the more than 100 Canadians diagnosed with the illness so far, fewer than 15 per cent have required hospitalization. 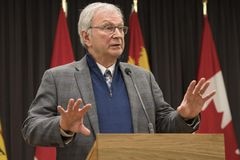 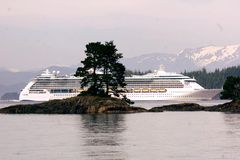 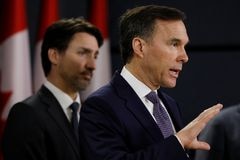