E-mails show the University of Regina’s dean of arts told George Elliott Clarke that he was sorry the acclaimed poet had been vilified over his relationship with the killer of an Indigenous woman.

They also show Clarke was hopeful he would be invited back to the school someday.

Clarke, a former poet laureate of Canada, cancelled his lecture at the university in January after news reports that he was connected to killer-turned-poet Stephen Brown.

“I just wanted to take a moment, Dr. Clarke, to say how sorry I am that it has come to this,” Richard Kleer wrote in an e-mail to Clarke’s literary agent on Jan. 3.

The e-mail and others were released to The Canadian Press under freedom-of-information legislation.

“Your intentions were the very best,” wrote Kleer. “And I still find it almost impossible to believe that anyone who has worked so hard to draw attention to the plight of missing and murdered Indigenous women and girls should have been vilified in the way that we have all witnessed over the past two days.”

Clarke had been scheduled to give a lecture titled: ‘“Truth and Reconciliation’ versus ‘the Murdered and Missing:’ Examining Indigenous Experiences of (In)Justice in Four Saskatchewan Poets.”

In early January, CBC News first reported that Clarke had edited the poetry of Brown, who changed his name from Steven Kummerfield after he was released from a 6-1/2-year sentence for manslaughter.

Brown was a student at the university in 1995 when he and his friend Alex Ternowetsky killed Pamela George in Regina. Brown was granted parole in 2000. He later moved to Mexico.

Clarke told the CBC in January that he wouldn’t pander to “so-called intellectuals” and “may or may not” read a poem by Brown at the lecture.

Concerns about Clarke’s relationship with Brown were raised by members of the lecture’s selection committee in early December. Three members who wanted his invitation cancelled eventually resigned.

“As expected, we are weathering a bit of a storm with this. The university is being positioned as guilty by association … albeit once-removed,” Paul Dederick, acting director of communications and marketing, wrote Jan. 2.

Kleer publicly said at the time that while the university condemns violence against Indigenous women and girls, it wouldn’t censor a speaker. A few days later, Clarke cancelled the talk.

Kleer told Clarke in an e-mail that he understood the cancellation: “Having seen some of the vitriol coming across my own desk, I can only imagine the kinds of inflammatory messages to which you have been subjected.”

Ahead of his official statement being released, Clarke told the faculty’s interim associate dean in an e-mail that he was in “deep anguish” over the pain his proposed lecture had caused.

“I am dreadfully sorry that my attempt to think in public about the relationships between poets and matters of grave social injustice has turned into a civil liberties ideal of academic freedom pitted against the grief and rage of an oppressed community,” Clarke wrote.

“That was never my intent; I really imagined that it could be possible to examine poets in this way.”

Clarke also said he hoped to be invited back to the university.

“I don’t think I’ll be proposing any more lectures for the time being. But it might be safe for me to still recite poetry!” he wrote.

The university said in a statement this week the school is focused on repairing its relationships with stakeholders, including Indigenous representatives.

“We have acknowledged that our position was not supported by all communities and brought back some painful memories for many. While it was never our intention to cause hurt or harm, we know we need to do better,” said Dederick.

George Elliott Clarke cancels talk at University of Regina amid criticism over his work with convicted killer
January 3, 2020 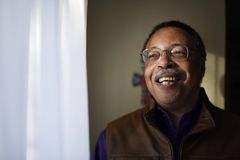