The dean of the University of Toronto law school dismissed questions from professors and students about a controversy over the search for a new director for the International Human Rights Program, often sitting in silence at a meeting on Wednesday.

Edward Iacobucci said several times that he had nothing to say about what he described as a human resources matter. The university has been under fire since allegations surfaced that a judge on the Tax Court of Canada attempted to block the appointment of international scholar Valentina Azarova from the job as director of the program over concerns about her work on Israel’s occupation of the Palestinian territories.

The discussion took place at a video meeting of the law school faculty council, which includes senior staff, professors and student representatives. The Globe and Mail obtained a recording of the meeting.

Attempts to add a discussion of the controversy to the agenda were initially rebuffed by Mr. Iacobucci, who chaired the meeting. But questions were raised nonetheless.

Wednesday’s meeting was the first time instructors and students had a forum in which to question the dean about the decision to not hire Prof. Azarova, who was the unanimous choice of a hiring committee.

Prof. Azarova has said she was offered the position of director at the IHRP on Aug. 11 and accepted on Aug. 19, but the offer was later rescinded. Mr. Iacobucci in a statement denied that an offer was made, and denied that he rescinded an offer due to political interference from a sitting judge. The Canadian Judicial Council is considering complaints against Justice David Spiro, an alumnus of U of T law and a fundraising adviser whose extended family has donated millions to the university, that relate to allegations he attempted to influence the hiring process.

The controversy has continued to rage, with B’Nai Brith Canada circulating a petition this month headlined: “Keep Azarova out of the University of Toronto.”

The petition, addressed to the dean, pointed to Prof. Azarova’s work in the Middle East as a source of concern and said that, given her associations, she could wield “significant malign influence” on staff and students.

At various times during Wednesday’s meeting, professors and students tried to raise questions about the IHRP, its academic future and the impact of the controversy on its international partnerships and reputation.

“I’ve already said this is a matter that’s not going to be discussed at faculty council, and so I have nothing to say in response to these questions,” Mr. Iacobucci said.

He opposed a motion to discuss future academic plans for the program, saying he did not think it useful. But he was outvoted.

Mohammad Fadel, a professor, asked Mr. Iacobucci when faculty would have access to information they need to better understand what occurred in the hiring process. Mr. Iacobucci said he wasn’t prepared to speak about it.

Professor Ariel Katz asked when Mr. Iacobucci would be ready to discuss it. Mr. Iacobucci said he didn’t know. Asked if it would be weeks, months or years, Mr. Iacobucci made no reply. He also did not say when a review of the matter could be expected.

“My statement has said what I’m going to say on it. I’ve said that from the beginning,” Mr. Iacobucci said.

Professor David Schneiderman said there’s concern that the human rights program is in danger of crumbling, and that a director and an advisory board are needed, because the entire advisory board resigned as a result of the failure to hire Prof. Azarova.

“How might we go about doing that rather than sticking our head in the sand, which seems to me what we’re doing,” Prof. Schneiderman asked.

Professor Kent Roach asked the dean to affirm that the principles of academic freedom apply to all staff.

“Academic freedom was not an issue in this hire,” Mr. Iacobucci said. He declined to say whether a new hiring committee would be formed. On another occasion, he thanked a faculty member for a question but did not answer it.

Robert Nanni, president of the law student society, said students felt they had not heard adequate responses from faculty leaders and worried their concerns were not being taken seriously.

Mr. Iacobucci ended the meeting saying he was not prepared to say anything about the future of the program, acknowledged that students have concerns, and said he was disappointed to be in a position where he could not say more. 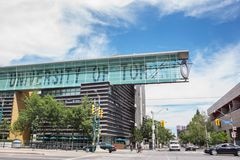 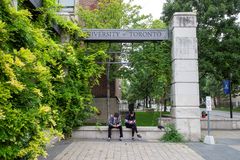 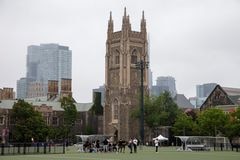