A University of Toronto probe of gender-discrimination allegations found “a culture that favoured men” pervaded the emergency departments of two hospitals where it sent medical students for training.

The review of how the students were treated at St. Joseph’s Health Centre in Toronto and Southlake Regional Health Centre in Newmarket, Ont., was launched after a Globe and Mail investigation in 2018 into allegations of gender discrimination against physician Marko Duic. Dr. Duic was emergency department chief at St. Joseph’s from 2002 to 2011, and at Southlake from 2011 to 2019.

Glen Bandiera, associate dean of postgraduate medical education at U of T’s Faculty of Medicine, said in an e-mail that the review – led by a physician from outside the university – assessed the learning environment for U of T medical trainees at the two hospitals’ emergency departments, "and accordingly was not focused on a particular individual’s behavior.”

Although the full report is not being made public because “personnel matters are treated confidentially,” Dr. Bandiera said, an executive summary has been published on the university’s website. The summary cites “reports of a culture that favoured men having pervaded the learning environments at the two clinical sites in the past; a lack of role modelling for women, along with a corresponding lack of mentorship available to female learners." It also said existing mechanisms to identify concerns were “not robust enough.”

The Globe spoke to 26 physicians who worked with Dr. Duic or were aware of concerns about his leadership, including discriminatory comments he allegedly made about or to women. The Globe investigation revealed that Dr. Duic supervised 25 male trainees and zero female trainees in a four-year period while at Southlake, and that he hired no female doctors and at least 23 male doctors over 16 years at the two hospitals.

One month after The Globe’s story was published, Dr. Duic resigned as chief of Southlake’s emergency department. He was an assistant professor at U of T’s faculty of medicine for many years. His teaching contract has not been renewed, said Gabrielle Giroday, a media and communications specialist at the university. Because of privacy reasons, the school cannot disclose when the contract ended, she added, or say whether Dr. Duic or the university made the decision.

Dr. Duic did not respond to e-mails from The Globe asking to discuss the faculty appointment change and U of T review.

Sandra Landolt, president of Canadian Women in Medicine (CWIM) and a dermatologist in the Toronto area, said her organization called for the review after U of T “declined to investigate thoroughly” a complaint lawyer Danny Kastner sent on behalf of eight unnamed female physicians who alleged gender discrimination in March, 2018.

"We believe this to be an example of the weakness in oversight that U of T’s investigation highlighted,” Dr. Landolt said, adding that the weaknesses “enabled [Dr. Duic’s] discriminatory behaviours for over 16 years.”

The university is reviewing its processes “to determine how to better detect potential gender inequities and imbalances,” the executive summary says. It says the school is taking steps to prevent discrimination, including improved faculty development and more mentorship opportunities with female emergency physicians. The summary notes that “male-only staffing … has changed” at St. Joseph’s emergency department, but does not mention any similar changes at Southlake.

Mr. Kastner said: “The findings vindicate the complaints brought forward by so many women.”

In January, Dr. Landolt said, U of T’s medical leaders told CWIM members a working group has been put together “to address gender bias in the learning environment of Southlake’s emergency department.”

This International Women’s Day, I want women to uncover who they actually are
March 8, 2020 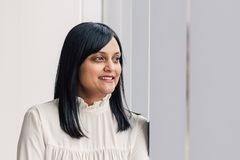 Opinion
Which generation of women will be ‘Generation Equality?’
March 6, 2020 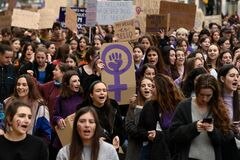 Where are my fellow men in championing gender diversity?
March 9, 2020 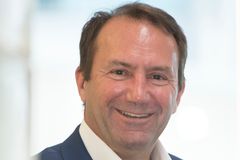 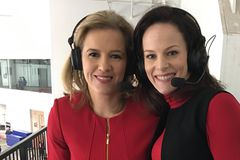