The Centre for Vaccine Preventable Diseases, launched by the University of Toronto’s Dalla Lana School of Public Health, will be the first academic centre of its kind in Canada to focus primarily on public perception of vaccines and exploring ways to boost confidence and vaccination rates.

Natasha Crowcroft, chief science officer at Public Health Ontario, will lead the centre. In an interview, Dr. Crowcroft said vaccine hesitancy, defined as refusal or wariness of vaccination, is a growing threat and that measles outbreaks in places such as New York could easily happen here.

“We’ve been lucky,” Dr. Crowcroft said, referring to the fact that Ontario has not had a major measles outbreak. “We probably do need to raise our game.”

The World Health Organization has declared vaccine hesitancy one of the top 10 global health threats in 2019. Nearly 800 people have been infected with measles in the United States so far this year, most of them in New York, which is dealing with outbreaks primarily affecting religious communities in which many people are not vaccinated. More than 34,000 people were infected with measles in Europe in the first two months of 2019, the WHO announced this week.

While vaccine coverage rates are relatively high in most of Canada, there are problem areas. Earlier this year, two schools in British Columbia had outbreaks of measles. But vaccination data in Canada tend to be patchy, meaning researchers don’t necessarily know where pockets of unvaccinated people are.

New research published this week from Public Health Ontario shows that in some regions of the province, more than 11 per cent of seven-year-olds have non-medical exemptions, which means they don’t need immunizations to attend school, according to provincial law.

Using that sort of information to create public-health strategies will be a key part of the work at the Centre for Vaccine Preventable Diseases, Dr. Crowcroft said. She added that she hopes researchers at the new centre can find ways to improve vaccination data and boost coverage rates, create strategies to reach people who reject vaccination for their children, and teach new doctors how to communicate effectively with parents about the benefits of vaccines.

“I’ve been involved in education on vaccines for a long time. There’s a long-standing gap in this area. We can really make a difference with how people approach parents,” she said.

She also hopes to develop a program at the University of Toronto to educate students about vaccination and the misconceptions around it. For instance, she noted that many fiction stories portray vaccinations in a negative light. She also hopes to do more work on how vaccination can be used to help keep seniors healthy longer.

The centre will have funding from several sources including the Dalla Lana School of Public Health and Public Health Ontario. It will also have a grant from Sanofi Pasteur, which produces vaccines, that the centre can use without any input from the company. The biggest source of financing is the University of Toronto’s Connaught Fund, which was founded in 1972, when the school sold the Connaught Medical Research Laboratories.

Noni MacDonald, one of the world’s leading experts on vaccines, said the centre fills an important need, as concerns rise over refusal to vaccinate.

“This is a really big step forward for Canada,” said Dr. MacDonald, a pediatric infectious diseases specialist based at Dalhousie University in Halifax. “We know in Canada we’re not where we need to be and … it’s not like we don’t have access to the vaccines."

WHO experts recommend ramping up Ebola vaccine after cases surge in Congo
May 8, 2019 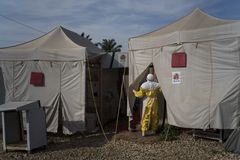 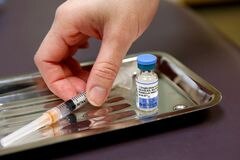 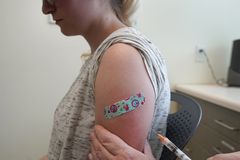