A $250-million gift to the University of Toronto’s faculty of medicine will provide funding for a new centre for artificial intelligence in health care, support for underrepresented students and money to attract research talent.

James and Louise Temerty will announce the $250-million gift to be made through their foundation on Thursday. The University of Toronto called it the largest donation ever to a Canadian university. The school’s faculty of medicine will be renamed the Temerty Faculty of Medicine in their honour, the university said.

Mr. Temerty, the founder and former CEO of Northland Power, a green energy company, said he hopes the gift will allow the university to pursue more of the groundbreaking discoveries for which it is known.

“The University of Toronto has a whole history of leading the way in so many fields,” he said, naming the discovery of insulin and the world’s first artificial pacemaker among others. “I’ve had the good fortune of being around things that lead, that were the best at what they were doing. My hope is that the faculty will climb the ranks and other terrific discoveries will come out of the faculty and be facilitated by this gift.”

Mr. Temerty was born in Ukraine and came to Canada as a child after the Second World War. His father worked as an engineer at Alcan in Montreal. Mr. Temerty started an arts degree at Sir George Williams University, but was hired in sales at IBM before he graduated.

He later got into the computer retail business and he and his wife turned a handful of Computerland stores into Canada’s largest network of computer retailers, which he sold to a subsidiary of Bell in the mid-1980s. He then went on to found Northland Power, a multifaceted energy company that has a market capitalization of nearly $8-billion today.

Mr. Temerty attributes much of his success to a talent for doing things first. And he sees a similar strength in the University of Toronto, he said. When the university approached him about the gift, he was impressed by its strategic plan and saw how it fit with other aspects of his family’s philanthropy, which includes several other health care initiatives. Although he’s not an alumnus, he said it’s a source of pride to have his family’s name associated with the faculty of medicine.

University of Toronto president Meric Gertler said the money will allow one of the university’s flagship faculties, already ranked among the world’s best, to enhance its global standing.

“It will give the faculty the resources and the flexibility it needs to take things to an even higher level of excellence,” Dr. Gertler said. “For the university it’s fantastic news because it’s obviously a tremendous shot in the arm at a time when the pandemic and events around the world have cast a negative pall.”

Dr. Gertler said the money will benefit students and researchers with a long list of new initiatives.

The university will create a new centre for artificial intelligence research and education in medicine to be led by director Muhammad Mamdani. It will aim to harness some of the university’s research strengths in machine learning and AI to fuel discoveries in diagnostics that help patients at the bedside, Prof. Mamdani said.

It will also purchase research tools such as a cryo-electron microscope, and make funds available to recruit leading graduate students, researchers and faculty to the university.

The funds will also provide scholarships for underrepresented students and augment efforts to recruit a diverse class of medical students, focusing particularly on Black and Indigenous students.

The university’s medical building will also be refurbished and renamed for Mr. Temerty and his wife.

Dr. Gertler said the gift sets a new benchmark for philanthropy in Canada. The University of Toronto is already one of the most financially well-off institutions with a $2.5-billion endowment. In recent years, it also attracted a $100-million donation from Gerald Schwartz and Heather Reisman. This latest gift exceeds the $200-million given to McGill University by John and Marcy McCall MacBain in 2019.

“It’s really important for Canada and Canadians, to back their winners and to make sure that we have global players,” Dr. Gertler said, adding that recent global events show how important a national research infrastructure can be. “It’s so important for Canada to be able to attract significant investments to its leading centres for medical research and clinical care.”

Dean of Medicine Trevor Young said a significant amount of money, although he couldn’t say how much, will be dedicated to providing financial assistance for students and enhancing efforts to address issues of equity and diversity.

“I’m very convinced that the only way to get to excellence is by being inclusive, including many points of view and many voices,” Dr. Young said.

The plan calls for the $250-million to be transferred over seven years, although there is an option to do it more quickly. 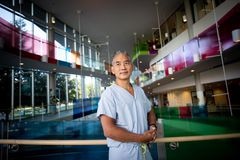 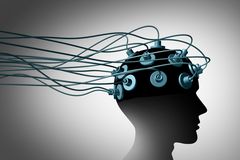