Audrey Yap says teaching a course inside a Vancouver Island prison, with a mix of inmates and regular university students, upended the usual dynamics of a classroom.

The University of Victoria philosophy professor found the inmates refreshingly blunt. “If they think you’re just trying to make something up, they will say, ‘Is that true?’ They will call you on things. Most of them haven’t had much, if any, university experience," Prof. Yap said. “Maybe they just felt like it was okay to tell me if they thought a particular philosopher was kind of a fascist.”

“They didn’t treat it like a standard university classroom, where you’re concerned with giving the right answer all the time and looking smart in front of everybody. They treated it like a genuine place to explore other people’s ideas and learn.”

One of those students, 24-year-old Kathleen Fox, remembers the first class of Conceptions of Justice and Engaged Pedagogy: “We just started reading a poem and engaging very casually in this discussion, and it was so unique and special.

Education programs in prisons are nothing new. The Correctional Service of Canada says college and university courses are available through paper-based correspondence and overseen by instructors at institutions across the country. The John Howard Society of Canada, which both works with people who have run afoul of the law and advocates for prison reform, says such programs are invaluable on both sides of the wall. “Many prisoners who have succeeded on the outside attribute that success to educational opportunities provided at prisons,” executive director Catherine Latimer said in a statement.

With her course, Prof. Yap wanted to reach out to inmates while giving university students a new, enriched learning experience.

The university signed off on the course. “We quickly recognized the merits of this course because it imagined teaching and knowledge in innovative ways. It asked students to imagine a course in which people who have had very different life experiences could come together and have serious discussions about the nature of justice,” said Lisa Surridge, an associate dean in the humanities faculty, in an e-mail.

The course was launched last September with 11 students attending weekly, 90-minute sessions with eight to 10 inmates at the prison.

From the start, the program involved a collision of high ideals and security issues.

Before the university students ever set foot in the institution, they were briefed by prison officials. The students were subjected to criminal-record checks. They were told not to wear red because prisoners wear red, and security officials did not want any confusion to arise should an incident occur. No smartphones would be allowed in the facility.

Anyone late for class would not be allowed in because the other students would have already been escorted past all the security clearances. Guards tended to steer clear of the actual classes.

Prof. Yap also urged her students not to reveal their surnames to the prisoners, concerned that it might lead to contact outside prison that the students might not be prepared to handle.

“I didn’t want any of my students in this position where they would run into these guys afterwards and want to help," she said. “They’re humanities undergrads. They are not trained social workers. They’re not addictions counsellors or trauma counsellors or whatever else people might need.”

But she also urged the students not to reveal information about the inmates. “Please note that you are expected to maintain the highest standards of confidentiality when it comes to the incarcerated students,” the course description says. “This means refraining from discussing their personal details or information with anyone outside this course.”

Once the ground rules were set, the class began with readings and discussions for a course basically about the transformative power of education and the challenges of going through difficult times.

Ms. Fox said she was a little afraid to take the course but wanted to expand her understanding of education – what that privilege means.

She said she found the inmates hospitable; they welcomed their non-incarcerated peers and warmly engaged with them.

“It was all kind of magical in a way. We could read each other pretty well,” she said. "That comes when you respect each other.”

The inmates were all members of the Right Living program, an initiative that helps them focus on rehabilitation.

The B.C. Justice Ministry declined to make inmates available for interviews. Instead, it issued a statement with quotes from the men, identified only by their initials.

“I was extremely grateful to meet university students who didn’t just see me as another statistic. I definitely have a lot more motivation to go back to school and build on my education,” N.C. said.

Said C.L., “Participating in the philosophy class was a special and unique experience that boosted my self-esteem and gave me a sense of hope for life after prison.”

Prof. Yap said she will be starting the course anew this September. 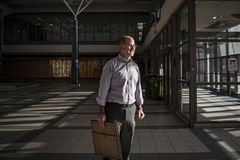 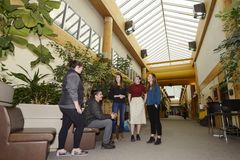 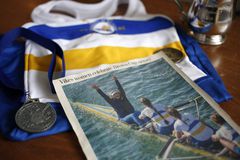