Barely two months before she’ll step up to the start line at the Tokyo Olympics, Melissa Bishop-Nriagu was confined to her home for a 14-day quarantine.

The 800-metre runner travelled to the United States in search of decent races and conditions to run the Olympic qualifying standard, and then – mission accomplished – it was back to Windsor, Ont., to her husband and young daughter, and the four walls of her home gym for two weeks.

“It’s not an ideal scenario. But it is the world we live in right now,” she said before flying home from California.

The federal government announced Sunday it was issuing a travel exemption for the NHL playoffs, meaning the North Division winner, either Montreal or Winnipeg, and their U.S. opponent, can cross the border for the next round of the playoffs, without the 14-day quarantine faced by most Canadians.

The move was met with frustration from other sports organizations.

“Thinking of athletes like Melissa Bishop, who’s had to go to San Diego to make her Olympic standard, and comes back, has to quarantine, the impact on her training plan to be at a peak in Tokyo was massive,” said Dominick Gauthier, co-founder of B2ten, a private Canadian group that assists elite athletes.

“And now they do this for the NHL player? It’s infuriating. I’m not an athlete anymore [Gauthier competed in the Olympics in freestyle skiing], but I’m boiling right now. I’m [ticked] off for the athletes that we’re supporting. If I was an athlete or a coach, I would be losing my mind. It’s the biggest insult from our government, and I don’t care which frickin’ reason they give for it.”

NHL protocols include pre- and post-departure testing when crossing the border. Players are confined to their hotels and the arena. Canadian players can stay at their homes while here.

Immigration Minister Marco Mendicino said the government “will take any other proposals from professional sports on a case-by-case basis.”

Organizers of the FIBA Olympic basketball qualifying tournament in Victoria this month are awaiting a similar exemption. Clint Hamilton, chair of the tournament’s steering committee, said their plan, developed with the help of the regional health officer, must be approved by the provincial and federal health offices.

The six participating teams including Canada are scheduled to arrive June 25. Participants then must be tested and quarantine for two days.

“They go immediately into a very contained and controlled bubble environment [of] the hotel, the practice venue and the actual playing venue, that’s your bubble,” said Clint Hamilton, chair of the tournament’s steering committee. “They’re very strictly monitored, there are very strict protocols and very strict adherence to that.

“So, this is all part of the plan that we have to present and have approved – and I’m extremely confident in those plans – that will allow teams to come in and to compete in the qualifying tournament in a way that will ensure safety to all, and ensure that there’s no transmission of the COVID virus.”

The winner of the June 29-July 4 event qualifies for the Tokyo Olympics.

Meanwhile, with training camps in the Canadian Elite Basketball League set to open June 15, import players are currently completing their two-week quarantine in their respective cities. Ottawa BlackJacks president Michael Cvitkovic said the team is putting up players in a hotel or AirBnB for two weeks. They had to scramble to provide individual workout equipment such as treadmills and kettlebells. The team’s strength and conditioning coaches are holding daily Zoom workouts.

“I’ve got one player in quarantine, he’s fully vaccinated, and he said, ‘You mean I can’t even go for a run?’ No, you can’t even go for a run,” Cvitkovic said. “Also during that two-week period where we’re not in a gym, players can’t get any shots up or anything. They have to just really try and be conditioned. … So, certainly recognize the sacrifices those imports are making.”

Cvitkovic noted that Patrick Ewing Jr., Ottawa’s lead assistant coach, is quarantining in a hotel room with his wife and four kids, all under the age of six. Cvitkovic said Ewing is fully vaccinated.

Canadian teams in Major League Soccer, plus the Toronto Raptors (NBA), and Blue Jays (MLB) have all been forced to play home games in the U.S.

Toronto FC defender Chris Mavinga tweeted in reply to the NHL announcement: “Hello the federal government. Just to let you know that the players and staff (Toronto, Vancouver and Montreal) are also full vaccinated and we want to play in Canada. Just open the country!”

The Jays are currently playing home games in Buffalo, N.Y., after opening the season with Dunedin, Fla., as their home venue. Team president Mark Shapiro was asked last week about the possibility of a modified quarantine, which the team used to have spring training at Rogers Centre last year. He did not commit to a similar plan, saying the easiest scenario for the Jays returning has “the border being open.”

Should Canada draw or beat Suriname, it will move into a second-round home-and-away playoff June 12 and 15, with the Canadians looking to play the second leg in Bridgeview if they advance.

The second-round playoff winner advances to the final round of CONCACAF qualifying, which starts in September. Canada would play the other seven teams home and away, meaning it would have seven home matches – which it hopes will be before home fans.

“You’re desperate to have that feeling back. The fans make a huge difference in your home matches,” Canada coach John Herdman said. “While we’re not going to have that experience, we know the country will be behind us and we’ve just got to hope that come September, October, November, we’re in these games and those allowances have been made for football. Because for this sport, this is a massive, massive event.”

Meanwhile, with 46 days until the Tokyo Olympics open, Gauthier hopes athletes and sport organization use their voices to call for exemptions to the quarantine rules. He said even slashing the quarantine in half to just one week would go a long way in aiding their Olympic preparation.

“In some sports, you can be two weeks in a hotel room or in your backyard, and you’ll be okay. If you’re a cyclist you can get on a trainer indoor and it’s not too bad. But for a lot of these sports, so close to the Games, being stuck in your home for two weeks is completely detrimental,” he said. “It’s so, so bad, and athletes need to speak up in my view, and I hope they do now.”

The quarantine rule could keep athletes off the Olympic team altogether. Dave Bedford, the CEO of Athletics Canada, said athletes competing in the NCAA championships June 10-12, won’t be able to complete their quarantine before the Canadian Olympic trials which start June 25 in Montreal.

“The 14 days alone is untenable for athletes that are competing in 50 days,” Bedford said. “But it basically rules out these NCAA athletes from coming to trials. It’s really tough. I struggle to understand, and when I look at the regulations on the NHL athletes, the only difference is that they’re apparently going to fly in private planes.”

Eric Myles, the chief sport officer of the Canadian Olympic Committee, said in a statement that the COC hopes Olympians “will be allowed to quarantine in a training bubble while following all public health agency rules.”

– With files from Neil Davidson 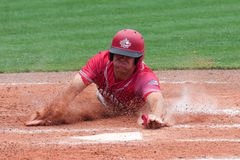 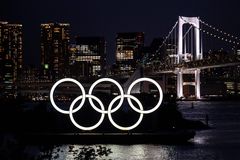