The head of the Transportation Safety Board says Canada needs to move fast on better national “crashworthiness” standards for buses and other commercial passenger vehicles in light of two deadly bus collisions over the last year.

“We know that these buses don’t have to meet the same standards that our cars have to meet or that school buses have to meet, and we think that needs to change because in some types of collisions, they don’t necessarily have the kind of protection that passengers should be able to expect when they’re travelling on public transport,” Fox said.

“This is a Canadian issue, it’s not just an issue in Ottawa.”

Calls have been made for the federal agency to lead the investigation into the Ottawa bus crash, as it did when another double-decker OC Transpo bus collided with a moving passenger train in 2013, killing six people. The involvement of the train in that case allowed the TSB to head the investigation, with authority to compel evidence and provide national recommendations.

The more recent Ottawa and Humboldt crashes did not fall within the federal agency’s jurisdiction because they only involved road vehicles. The National Transportation Safety Board in the United States, meanwhile, does have the authority to conduct accident probes involving commercial vehicles such as trucks and buses.

Fox said the TSB has a particular interest in the Ottawa crash because of key findings from the 2013 OC Transpo collision investigation. It found large vehicles over 26,000 pounds in Canada are not required to meet the same standards as smaller passenger vehicles or school buses when it comes to front-impact, side-impact, rollover or crush protection.

In Friday’s crash, the upper deck of the Ottawa city bus hit a shelter, whose roof cut several rows deep into the bus’s right side. Many of the injured survivors required amputations.

The 2013 probe also called for all commercial passenger buses to be equipped with event data recorders, similar to those required for planes, trains and marine vessels.

Rob Johnston, who led the investigation into the 2013 crash, says the OC Transpo double-decker bus did meet all applicable safety standards. The problem is those standards need to be strengthened, he says.

“The deficiency really lies with the Canadian motor-vehicle safety standards with regards to vehicles in excess of 26,000 (pounds),” he said.

“Without those standards being improved upon, there is going to be some risk,” he said, acknowledging that many people do travel safely on these vehicles daily.

Transport Minister Marc Garneau was not made available for an interview, but in a statement, his office said steps have been taken to address the recommendations from the 2013 TSB investigation.

“We have completed a review of accident data from urban centres to support the potential development of a standard for crashworthiness,” said Garneau’s media-relations manager Delphine Denis.

“Work is already under way to bolster this review through tests on bus structures to inform next steps.”

The last interaction Transport Canada had with the TSB on this work was a year ago, Fox says. She was encouraged to hear the department is taking the recommendations into consideration and doing some research. But in the meantime, the Humboldt and Ottawa crashes have killed more Canadians.

Proposed changes would take time, and might only apply to vehicles manufactured in the future. The time to act is now, Fox said.

“With the evidence that we have in hand, it’s time to take urgent action to expedite the activities that his department is taking to look at the development and implementation of crashworthiness standards for these buses.”

The 2013 TSB review also looked at OC Transpo driver training and did identify some deficiencies in how the organization monitors its drivers’ records.

While the details of the 2013 accident are different from the most recent one’s, questions are being raised about how the Ottawa transit agency deals with driver infractions in light of new revelations about the driver at the wheel in last week’s crash. The Canadian Press has confirmed she was involved in at least one other significant collision in December.

When asked about the driver Monday, Ottawa Mayor Jim Watson would only say it is a matter before Ottawa police and that he did not want to prejudice the investigation by making an offhand remark.

Other Ottawa council members have echoed the sentiment, saying they want the police to determine just what happened on the road Friday before considering how and why it did.

Watson added that he has full confidence in the safety of Ottawa’s fleet of transit buses, including the 74 double-deckers it added in 2012.

“If there is new information that comes from the police investigation, we will take that into account, but at this point I have full confidence that our mechanics and our professional staff have done and will continue to do everything they can to ensure that our entire bus fleet is safe and reliable.” 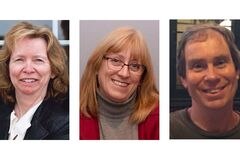 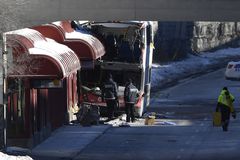 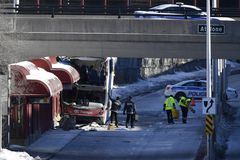