The federal government says an attempt from the White House to put Americans at the front of the COVID-19 vaccine line won’t affect shipments to Canada, as it starts testing its vaccine-distribution plan to identify potential “critical failure.”

With an approval for the first vaccine imminent, the high stakes for governments to pull off the complex logistics of importing, distributing and administering the vaccines were underscored by Ontario’s Health Minister on Tuesday. Christine Elliott said the province will issue proof of immunization and those without may face certain restrictions.

South of the border, U.S. President Donald Trump signed an executive order Tuesday that would “ensure that Americans have priority access to COVID-19 vaccines developed in the United States or procured by the United States Government.” Health Canada has not yet approved any vaccines but it’s expected to sign off on the Pfizer-BioNTech version within days, with another approval for Moderna’s candidate expected soon after. The Prime Minister has said vaccinations would start by next week.

Canada’s shipments of the Pfizer vaccine are slated to come from Michigan and Belgium, but Intergovernmental Affairs Minister Dominic LeBlanc said Mr. Trump’s order won’t change what Canadians get. “We have no reason to think whatsoever that access to the Pfizer vaccine will be in any way disturbed,” Mr. LeBlanc told reporters at a press conference in Ottawa.

More than 150 officials from across the country are taking part in a dry-run this week to test out the complicated logistics chain for Pfizer’s vaccine. Those shots have to be stored in freezers that can hit minus 80 degrees. Major-General Dany Fortin told reporters Tuesday that empty containers with dry ice left Belgium on Monday and will arrive in Canada in the next two days. As they go through their transfer points, Maj.-Gen. Fortin, who is leading the logistics planning for the Public Health Agency of Canada, said officials are looking for any “critical failure” or “friction points” in the plan.

At the same time, provinces and territories are at different stages in their own planning to prioritize immunization, set up tracking systems and outline any impacts for those who choose not to get immunized. Ms. Elliott said the vaccines won’t be mandatory but getting a shot could be required for travel or certain congregate activities. Ms. Elliott said the government plans to provide a vaccination certificate of some kind to those who have been inoculated.

“That’s going to be really important for people to have, for travel purposes, perhaps for work purposes, for going to theatres or cinemas or any other places where people will be in closer physical contact when we get through the worst of the pandemic, so yes that will be essential for people to have that,” she said.

Alexandra Hilkene, a spokesperson for Ms. Elliott, said Ontario is working to “ensure equitable access to any potential ‘immunity passport.’ ”

However, it’s not yet clear that the Pfizer vaccine prevents someone who has been immunized from spreading the virus to others. Given that uncertainty and a lack of information on how long immunity from the different potential vaccines lasts, an “immunity passport” may not be effective.

The United States regulator released a briefing document on Tuesday that said data from Pfizer are “limited to assess the effect of the vaccine against transmission” of COVID-19. The Food and Drug Administration said more study was needed in this area in particular for individuals who are asymptomatic.

Another element of the vaccination planning that has yet to be fully fleshed out is how governments will track who has been immunized. On Tuesday, Chief Public Health Officer Theresa Tam said that work is the responsibility of the provinces and territories but that Ottawa is working on a country-wide IT system to track the vaccine rollout.

The federal government was unable to provide more information about the status of that system on Tuesday.

While record-keeping is part of any public vaccination program in Canada, this step is seen as particularly important and challenging for the COVID-19 vaccines. That’s because most of the vaccines that Canada has agreed to purchase will be administered in two doses. To avoid wasting doses, individuals who receive one shot will need to come back at the right time for the follow-up shots to generate the maximum possible immunity to the coronavirus and, potentially, a longer-lasting effect.

“That has implications for the supply chain because we need to make sure that we maintain supplies for that follow-up dose,” said Alice Zwerling, an infectious disease epidemiologist at the University of Ottawa.

Things will get even more complicated by mid-next year when it is possible that a number of different vaccines will be available. It will then become essential for individuals and public-health authorities to know that they are receiving the same vaccine in the follow-up as they had for the first shot. The time interval between doses also varies for different vaccines.

Careful record keeping will also be needed to help track adverse reactions to the vaccines, and to know who has which shot in case a booster is needed next year or at some future time to maintain immunity to COVID-19.

Ideally, Dr. Zwerling said, Canada would have one harmonized approach to maintaining such records.

Provincial readiness on this front remains unclear. On the east coast, Nova Scotia and Prince Edward Island provided sparse responses to The Globe and Mail, only confirming they have systems to track immunizations. New Brunswick, meanwhile, said it has a system in place to track – in near real-time – immunizations and vaccine inventory. On the west coast, the B.C. government said The Globe’s questions would be answered at a Wednesday press conference.

In Alberta, officials only said appointments for the shots would be managed by the provincial health authority. No new information was provided by Saskatchewan or Manitoba.

Ms. Elliott said Ontario will have a tracking system but the details for it are still being worked out. Quebec will use an electronic system that it implemented in 2019. The system was designed to assist in vaccine campaigns, respond to outbreaks and will be used to track COVID-19 vaccinations, a Health Ministry spokesperson confirmed. 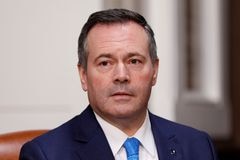 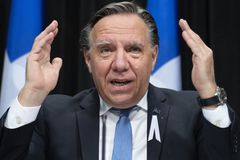 Newfoundland town shuts down amid COVID concerns as parts of New Brunswick open up
February 3, 2021
Follow Marieke Walsh, Laura Stone and Ivan Semeniuk on Twitter @mariekewalsh @l_stone @ivansemeniuk
Report an error Editorial code of conduct
Due to technical reasons, we have temporarily removed commenting from our articles. We hope to have this fixed soon. Thank you for your patience. If you are looking to give feedback on our new site, please send it along to feedback@globeandmail.com. If you want to write a letter to the editor, please forward to letters@globeandmail.com.
Comments