Residents of the United States are far more concerned about the prospect of allowing non-essential land travel to resume across the U.S.-Mexico border than they are about letting Canadians drive south for the winter, a new poll suggests.

The online poll, conducted last month by Leger for the University of Manitoba and Metropolis North America, found just 29 per cent of the 3,714 U.S. respondents were very or somewhat worried about the resumption of incidental travel across the Canada-U.S. land border.

However, more than half – 52.2 per cent – said they had similar concerns about allowing recreational travellers to enter the country over the land border with Mexico, a reflection of long-standing and deep-seated disdain for migrants entering the country illegally at the southern frontier.

“I don’t think that the snowbirds are going to persuade the Biden administration to open the border,” said Jack Jedwab, president of the Association for Canadian Studies, which oversees the Metropolis project.

“They’re going to be more pressured by domestic pressures in the United States to do this.”

The polling industry’s professional body, the Canadian Research Insights Council, says online surveys cannot be assigned a margin of error because they do not randomly sample the population.

Of the 2,990 Canadian respondents to the survey, 63.3 per cent said they were very or somewhat concerned about reopening the Canada-U.S. border – a sign of apprehension about the extent of the COVID-19 outbreak in the U.S. and the country’s ongoing struggle to convince eligible residents to get vaccinated.

Fully vaccinated U.S. citizens and permanent residents have been allowed back into Canada since August, provided they have waited at least 14 days since getting a full course of a Health Canada-approved vaccine and can show proof of a recent negative COVID-19 test.

Only about 66 per cent of eligible Americans are fully vaccinated against the virus, according to the latest numbers available from the Centers for Disease Control and Prevention. By comparison, Health Canada says 81 per cent of eligible Canadians 12 or over have had a full course of vaccine.

Concerns notwithstanding, Jedwab cited a separate online survey, this one conducted just this past weekend, that found nearly three-quarters of Canadian respondents – 72 per cent – want U.S. President Joe Biden to ease the travel restrictions that currently prevent southbound land travel between the two countries.

Beginning in early November, the U.S. plans to allow fully vaccinated visitors from a host of countries where stateside travel has long been restricted, including China, India, Ireland, Iran, South Africa, Brazil and the 26 European countries without border controls, known as the Schengen group.

Vaccines approved by either the U.S. Food and Drug Administration or the World Health Organization will be accepted, the CDC confirmed this week, although it stayed mum on the question of whether those who received a mixed course of vaccines – one dose of Oxford-AstraZeneca and one of Moderna, for instance – would be considered fully vaccinated for travel purposes.

Questions put to the CDC were not immediately answered Tuesday.

Nor has the White House said whether it intends to revise its land border restrictions with either Canada or Mexico when the new international travel rules kick in next month.

The restrictions, which took effect in March 2020 and have been renewed on a monthly basis ever since, are next scheduled to expire Oct. 21.

Jedwab said it remains anyone’s guess whether the White House would consider reopening the U.S.-Canada border before tackling the challenge it faces at its southern border.

“I could see politically where there’d be some concern, given the relationships between the two countries and not wanting to offend either country,” he said. 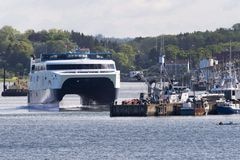 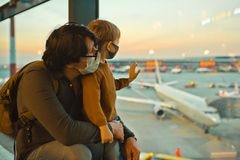 Opinion
The Canada-U.S. relationship isn’t what it was. The question now is: What will it be?
September 25, 2021 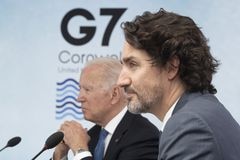