The United States unveiled details of its first global donations of COVID-19 vaccines Thursday, with plans to ship 19 million doses through the COVAX vaccine-sharing alliance, and another six million doses directly to neighbours, including Canada, and countries experiencing pandemic surges.

The offer comes as Canada’s vaccine rollout is nearing the best in the world, and at the same time as pressure is mounting on the Canadian government to start sharing some of its COVID-19 vaccines as well.

The United States has been heavily criticized for vaccine hoarding, as the second-biggest manufacturer of COVID-19 vaccines in the world, but until recently, refusing to allow any doses to be exported.

The first shipment of 25 million doses will include Pfizer-BioNTech, Moderna and Johnson & Johnson. Another 60 million doses of Oxford-AstraZeneca will be donated once a quality review check is completed by the U.S. Food and Drug Administration.

Canada isn’t producing any COVID-19 vaccines of its own, but has also been criticized for not sharing any doses of imported vaccines.

“By August, Canada will have enough to fully vaccinate its entire population,” reads a statement signed by 32 agencies and organizations, including the Canadian arms of One, UNICEF, World Vision, the Mennonite Central Committee, Canadian Council of Imams and the Anglican Council of Indigenous People.

“Canada has ordered more doses per capita [more than 10] than any other country and therefore has a responsibility to share with the world,” the groups said.

International Development Minister Karina Gould said Canada will share doses eventually but doesn’t have any excess vaccine at the moment because the country is still trying to get every Canadian immunized.

Speaking at a Senate committee Thursday, she said “we’re not quite at the point to announce that yet” but said news on donations could be coming shortly.

As of Thursday, Canada had given one dose to at least 22.4 million people, more than 59 per cent of the entire population. After a slow start with limited deliveries, Canada’s supplies have been flooding in since April, and now sits among the top 10 countries in the world for first doses given, and the top 20 among total doses given.

It is lagging on second doses with a focus on getting a first dose to as many people as possible to start, but that is also starting to change. In the past seven days, more than 520,000 Canadians got their second dose, one in every five shots delivered.

That is double the number and rate of the week before and three times the number given two weeks ago.

Wealthy countries are leaving the rest of the world in their vaccine dust. About two billion doses of vaccine have been administered worldwide, more than eight in 10 of them in wealthy countries, and only 0.2 per cent in low-income nations.

Canada has given 2.5 times as many doses per capita as the global average.

On Wednesday, Canada doubled its financial commitment to $440-million to help COVAX buy doses directly from manufacturers. But Canada and the United Kingdom are the only two G7 countries that bought doses from COVAX as well as donated money to buy doses for lower income nations. They are also the only two not donating doses to it yet.

COVAX said last week it needs donations of 190 million doses to cover a shortfall this month after India stopped exporting vaccines to address a massive outbreak there. About 10 countries have offered up to 181.5 million doses by the end of the year, including the 19 million the U.S. will ship in June.

Srinivas Murthy, a critical-care pediatric specialist in Vancouver with a research focus on pandemic preparedness, said money is needed eventually but there are no doses sitting there to be purchased at the moment because wealthy countries such as Canada bought them all.

“It’s vaccines, not money at this point in the pandemic that are required globally,” Dr. Murthy said. 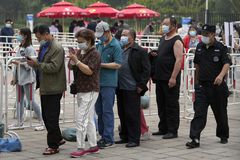 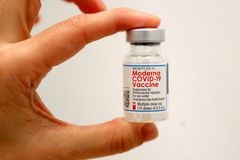 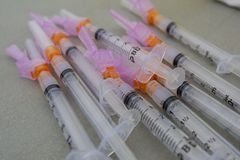