Relatives looking to collect on an American lawsuit against Omar Khadr are asking a Canadian court to force the former Guantanamo Bay prisoner to answer questions about his confession to purported war crimes.

As part of the pre-trial process, Khadr has refused to discuss the agreed statement of facts he signed on which his 2010 conviction before a U.S. military commission was based. He argues the information was derived from torture.

Khadr has also refused to answer other questions on the basis of solicitor-client privilege, or because the military commission rules prohibit his divulging certain information.

The American plaintiffs have now filed a motion in Ontario Superior Court — a hearing date has yet to be set — to compel Khadr to answer.

At stake is the US$134 million a Utah judge awarded the family of a U.S. special forces soldier Khadr is accused of killing in battle in Afghanistan in 2002 and another soldier blinded by shrapnel in one eye.

“What is important are Mr. Khadr’s actions that day and leading up to that day,” said Jamie Schacter, one of the plaintiffs’ Toronto-based lawyers. “The plaintiffs and the Utah court hold Mr. Khadr responsible.”

The undefended Utah lawsuit — Khadr was in prison in Canada at the time of the judgment in 2015 — leans heavily on a “stipulation of fact” in which, among other things, he admits to throwing a grenade that killed Sgt. Chris Speer and to being an al-Qaida terrorist. Khadr subsequently said he signed the stipulation and pleaded guilty as his only way out of the infamous American prison on Cuban soil.

In their enforcement action in Superior Court in Ontario, lawyers for the American plaintiffs argue Khadr can’t avoid the civil judgment by recanting his confession and guilty plea. They argue Canadian courts are bound to accept Khadr’s statement of facts regardless of whether he lied under oath when he made the admissions.

Khadr’s main defence is that it would be contrary to Canadian public policy and an affront to the concept of justice to enforce the judgment in Canada since it is the “direct product of an unfair and abusive detention, interrogation and prosecution system.”

In seeking to have the motion quashed, defence lawyer Nate Whitling said Khadr is only refusing to be cross-examined on what he told his various interrogators — information the military commission used to convict him.

“Any and all information extracted from Mr. Khadr by interrogators is inadmissible as information derived from torture,” Whitling’s filing says. “Allowing a torture victim to be examined for discovery on the product of his torture would be ‘onerous,’ ‘abusive,’ and ‘oppressive’ among other stronger adjectives. Such conduct cannot be permitted in any legal proceedings in this country.”

The filing maintains that many of the stipulated facts the Utah plaintiffs are relying on came from “interviews” with Khadr, who was found severely wounded as a 15-year-old in the rubble of an Afghan compound in July 2002 after a four-hour American bombardment.

In numerous interrogations, he was “abused and tortured,” the filing states. The mistreatment, much of it meted out while he was still recovering from his injuries, comprised in part of sleep deprivation, threats of rape, and physical and psychological abuse, court records show.

Khadr also notes the Supreme Court of Canada has held twice that his detention, interrogation and prosecution in Gitmo violated international law and the principles of fundamental justice.

The federal government apologized and paid him a $10.5-million settlement in 2017, money the plaintiffs want to get their hands on.

Khadr, who is appealing his conviction in the U.S., has said he did not defend himself in the Utah court action because he was prison in Canada serving his eight-year military commission sentence, had no money, and could not find an American lawyer willing to take on the case.

The plaintiffs want to know what legal advice he might have received and why he couldn’t pay for a lawyer — issues subject to lawyer-client confidentiality, he argues. 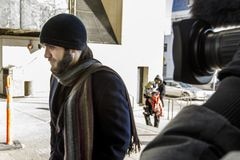