In November, 1980, The Globe and Mail wrote a story about blue-chip Alberta separatists: Lawyers, engineers, accountants, businesspeople and academics who were pushing for a referendum on their province leaving the country.

“Western separation, once considered an aberration on the fringe of the political spectrum, has become a fit topic for serious political discussion,” said the article from The Globe’s archives.

Four decades after the last major separatist push in Alberta, many things feel the same. A Trudeau has once again won another term as Prime Minister. Albertans are angry about energy policies and what they view as a dismissive attitude from Ottawa.

And blue-chip separatists – or those from the province’s business and professional ranks who, at the very least, want a more autonomous province – are back.

That sentiment was on full display at the Value of Alberta conference in downtown Calgary this weekend, where 700 people paid $60 to learn about the “viable options and a credible case to go it alone, if necessary.”­­

Speaking to the crowd as part of a panel, University of Calgary economist Jack Mintz said Alberta needs to try to achieve more autonomy within the country because there are benefits to being a part of Canada, “at least so far.”

But showing where the discussion could lead, Dr. Mintz also referred to Prime Minister Justin Trudeau’s pledge to get Canada to net-zero greenhouse gas emissions in three decades. “If we go to the world of 2050, where we stop all oil and gas development forever in this country, then I think Alberta has to separate."

The situation hasn’t reached the pitch of 1982, when separatist Gordon Kesler won a legislature seat in a by-election. Most Albertans still want to be a part of Canada, even as a number of different separation-themed groups have sprouted up – all vying for attention following last year’s federal election that saw the Liberals returned to power with a minority government, but not a single seat in Alberta or Saskatchewan.

In fact, Jason Kenney has called separation irrational and has tried to control the sense of alienation in the province through moves such as the creation of a panel focused on “a fair deal in the federation.” Just like Peter Lougheed in the early 1980s, the current Alberta Premier is scrambling to not be out-flanked by those to his political right.

But weighing on the public mood are five years of an economic funk, high unemployment and Liberal government pipeline and climate change policies that will result in further upheaval. Many feel the economic contributions of the oil and gas industry, including the money paid through federal taxes, are given short shrift. It remains to be seen whether more federal funding will flow west, or if the special focus on the prairies from Liberal heavyweights such as Chrystia Freeland and Jim Carr will move the situation.

On the sidelines of the Value of Alberta conference, Jim Davidson – the former vice-chairman of GMP FirstEnergy – said he’s a federalist but the province isn’t getting "the respect that we should for the contribution we’re making to Confederation.”

The investment banker said other Canadians might view the push for autonomy or separation as a “fringe movement” that will eventually dissipate, as it did in the past. But he said this time will be different. “This is a long game."

The conference was also proof there is serious money behind the movement. It was organized by the right-of-centre advocacy group Alberta Proud and the non-partisan Canadians for Democracy & Prosperity. The event was sponsored by the pro-oil advocacy group Modern Miracle Network as well as the Buffalo Project, an organization focused on a new deal for Alberta and Saskatchewan that counts some of the wealthiest and most private of the two provinces’ business elites as members.

Many of those involved in the push for Alberta autonomy can remember the federal-provincial battles of 40 years ago, when Pierre Trudeau was in power and the National Energy Program had just been introduced.

But at that time, the overarching issues weren’t about pipeline construction or action on climate change. And serious discussion of weighty environmental issues was absent at the weekend conference, with keynote speaker Conrad Black saying the level of climate alarm is unjustified, and former Conservative cabinet minister Joe Oliver quipping, “CO2 is not a pollutant. You can safely sip your carbonated drinks.”

However, the conference organizers tried to go beyond the grievances and focus on issues, such as the legalities of separation, the viability of a federal tax revolt or a separate provincial pension plan.

Enoch Cree Nation Chief Billy Morin and former Fort McKay First Nation chief Jim Boucher delivered a reality check, saying separation is a non-starter for First Nations. “If Alberta goes it alone, then we have a situation where our nationality will change – not with our consent,” Mr. Boucher said.

The crowd lit up as University of Montreal law professor Daniel Turp – a former Bloc Québécois MP and former Parti Québécois MNA – spoke about self-determination. Moderator Danielle Smith, who once led the now-defunct Wildrose Party, asked whether Albertans should actually be celebrating. She said progress on pipeline projects, including the Trans Mountain expansion, and the Supreme Court of Canada’s decision that B.C.’s bid to control the amount of heavy oil shipped across the province is unconstitutional.

Prof. Turp said this time the high court decided in Alberta’s favour, but next time that might not be the case.

“It’s not an Albertan court. It’s not judges from Alberta,” he said. 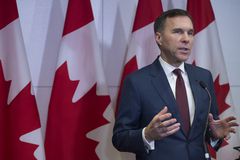 Manitoba Premier urged to stop ‘letting Saskatchewan be smarter than us’ about clock change
January 19, 2020 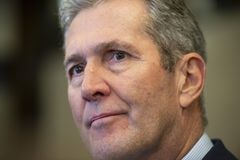 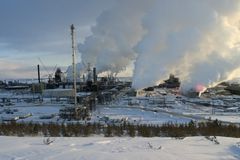