By now, we pretty much all know how the shark fins that end up in the eponymous soup are harvested. But it’s worth repeating because it’s that awful.

Sharks are caught, their coveted fins hacked off while they are still alive, and their writhing bodies tossed back into the ocean to bleed to death. This is cruelty and waste of the highest order. So, I applaud Vancouver City Council, which this week voted to support a federal bill that would ban the importation of shark fins.

I write this as a Caucasian with only a cursory understanding of the cultural significance of shark-fin soup, a pricey, special-occasion dish that was traditionally served at Chinese banquets and celebrations.

I do know the soup, which is expensive relative to other seafood, was traditionally a sign of prestige. It marked an occasion as special and signalled the hosts were going all out to celebrate; the equivalent, perhaps, of a champagne toast. I know, too, that some people who still serve shark-fin soup at banquets find the increasing concern over animal welfare laughable. At least that was my experience the night I ate it.

It was at a birthday celebration at a high-end seafood restaurant in Richmond. There was no menu; I just took my seat as dishes of exquisitely prepared seafood were placed before me. When the soup arrived, I was served a small bowl and, having never seen shark-fin soup before, had no idea what it was. It was mild and gelatinous, with a pleasingly silky texture. It wasn’t until the bowls were cleared that our hosts announced, with a touch of mischief, we had just eaten shark-fin soup. They watched for my reaction and chuckled a bit at my evident discomfort. Still, I didn’t say much, not wanting to cause offence.

Later, I asked other Chinese friends for their thoughts. Interestingly, all said they would never order shark-fin soup for animal-welfare and environmental reasons. Nonetheless, shark fins are still in such demand that some species teeter on extinction. And although “finning,” as fin removal is called, is illegal in Canada, it is still legal to import shark fin.

The motion was made by councillors Sarah Kirby-Yung and Michael Wiebe, two former park board commissioners who in their previous roles voted to ban keeping cetaceans in captivity. Ms. Kirby-Yung, whose husband is of Chinese descent, has been to her share of banquets where shark-fin soup was served. But attitudes change. “There are lots of people who no longer choose to have it at their wedding banquets,” she says. Indeed, The Washington Post reports China’s shark-fin soup consumption has fallen by about 80 per cent since 2011. The drop was largely the result of a publicity campaign mounted by basketball star Yao Ming, highlighting the cruelty of finning. Unfortunately, the soup’s popularity is rising in other Asian countries so overall demand remains high.

In voting to support the ban, council ignored advice from city staff, who urged council to stay mum pending the outcome of the federal bill. Staff noted the recent apology extended by the city to Chinese Canadians for past discrimination, which included prohibitions against food-related cultural practices, such as the barbecued pork and the duck you see hanging in Chinese restaurant windows. “Within the context of the city’s efforts toward reconciliation – the potential implications of a city-imposed ban on shark fin are complex.”

Council’s move this week falls short of a ban but is symbolic of our city’s increasing intolerance toward animal cruelty. And it was somewhat brave, given our cultural makeup, and the fact that many of Vancouver and Richmond’s finest Chinese restaurants still serve the soup and defend people’s right to eat it.

And lest any of us cast too many stones, consider the cruelty underpinning foods treasured by my forebears – foie gras, made from the liver of ducks and geese force-fed corn through a tube. Amid the rising tide of vegetarianism and animal-rights activism, might a ban on foie gras be next?

To read the wind, look to India, the first country to ban foie gras. It was followed by California and many European countries. We can hope Canada will be next. 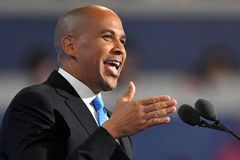 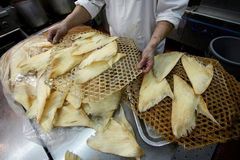 California's shark fin ban to stand after federal appeals court dismisses legal challenge
July 27, 2015
Follow us on Twitter @globeandmail Opens in a new window
Report an error Editorial code of conduct
Due to technical reasons, we have temporarily removed commenting from our articles. We hope to have this fixed soon. Thank you for your patience. If you are looking to give feedback on our new site, please send it along to feedback@globeandmail.com. If you want to write a letter to the editor, please forward to letters@globeandmail.com.
Comments