The Vancouver Warriors will play their final game of the season Friday against the Toronto Rock, an effort likely to feel a grind as even if they win, they will miss the playoffs and finish in last place in the Western Division of the National Lacrosse League.

But despite the disappointing record on the field – 5-12 before Friday’s game – Warriors fans have much to cheer from this season of change.

The franchise was purchased last summer by Canucks Sports & Entertainment. The Canucks organization rebranded the team – they were previously known as the Vancouver Stealth – and moved it downtown from the Langley Event Centre, where they had played in front of poor crowds despite the popularity of lacrosse in areas such as Langley, Coquitlam and New Westminster.

The team has attracted almost 7,000 fans a game on average since moving into Rogers Arena just before Christmas last year, and Canuck Sports aims to see that number rise to more than 10,000 in the coming years.

“[Moving to Rogers Arena] has more than doubled the attendance, which is great, and that has a lot to do the fact that we’re back downtown,” said Dave Sheldon, the Warriors’ head of Lacrosse Operations and Communications.

And now, a new league initiative promises to build on those gains. According to Warriors’ General Manager Dan Richardson, the NLL is targeting a new generation of sports fans: those who want entertainment at an affordable price. To help deliver that promise, Rogers Arena has slashed ticket and food prices for Warriors games, while beers are only $5 – a far cry from what they cost at a Canucks game.

“We’re going after a different market, the millennials – people who might not have seen a game,” Mr. Richardson said. “You don’t find many people who come to their first ever lacrosse game and don’t enjoy it.”

This is not the first time a lacrosse team has played in downtown Vancouver. The Vancouver Ravens played their home games at the then General Motors Place – which would become the Rogers Arena – starting in 2002, but they only lasted two seasons before management issues and poor sales forced them to fold.

The question is whether lacrosse can capture the imagination of Vancouverites this time around. The Warriors will have to improve on the disappointing first campaign since their rebranding, particularly as the franchise is also up against other sports markets in the city, such as the Canucks, Whitecaps and Lions.

Fan Joe Palmer, who grew up playing and coaching lacrosse in Mission, B.C., is upbeat about the future.

“Vancouver is itching for something new," he said. “You hear everybody wanting a new basketball team and a new baseball team. They’re tired of the same old sports, so I’m really hoping that it all kicks off."

However, he is wary of its popularity falling in traditional lacrosse communities in suburbs such as New Westminster, Langley and Coquitlam, which might not be so supportive of the decision to move the franchise out of B.C.’s lacrosse heartland.

“By moving it out of Langley you're kind of hindering those people who don't make a ton of money,” he said.

Lacrosse has a long history in Canada and is often forgotten as Canada’s other national sport alongside hockey. Originating in Mohawk communities in the 1700s, lacrosse was far more popular than hockey at the turn of the 20th century and was particularly successful in Ontario and Quebec. It was then brought West to B.C. in 1875 after the completion of the Canadian Pacific Railway, gaining popularity in the Lower Mainland and Vancouver Island.

Bruce MacDonald, a writer and historian of the game, grew up in New Westminster during the 1960s and seventies and fondly recalls summer days as a teenager watching his hometown team, the New Westminster Salmonbellies, at Queen’s Park Arena.

“Growing up in New Westminster, you grow up with the sport, it was a kind of religious experience for all the guys playing that game, it has a kind of cult like thing to it,” he said.

Mr. MacDonald says the team will need fans to stick by them as they build into contenders.

“They’ve got some great players but they need some stars who will capture people’s imagination and bring people into the arena," he said.

Halifax gets its own National Lacrosse League team
September 13, 2018 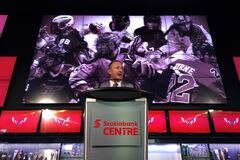 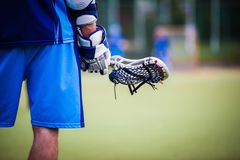