The federal government is planning to ban e-cigarette promotions from convenience stores, public transit and all social-media platforms in response to a major rise in teen vaping and fears of health risks.

But the proposed new rules it announced on Thursday do not restrict the sale of flavoured e-cigarette products.

The move comes in response to months of increasing pressure to crack down on the vaping industry, which heavily promotes its products in stores, other public places and online. Social media are rife with ads and promotions from vaping companies.

A recent Globe and Mail investigation found that many e-cigarette companies use Instagram, Facebook and other platforms to post about their products and sponsor product giveaways, and hire paid influencers. Many of those activities, such as the use of influencers, are already illegal under current federal vaping rules, and health organizations said a blanket advertising ban would be necessary.

Ottawa now faces pressure to regulate e-cigarette flavours. Members of Canada’s vaping industry oppose a ban or restrictions on flavours, saying they are an essential component in attracting existing adult smokers. But health organizations cite flavours as the key driver of youth vaping, and say rules designed to stop the promotion of candy, dessert and other varieties that could appeal to teens aren’t working.

New figures released by Health Canada on Thursday show the number of students in Grades 7 to 12 who say they vaped in the past month doubled in 2018-19 compared with 2016-17. One in five students reported vaping in the previous 30 days, the new survey said.

Rob Cunningham, senior policy analyst at the Canadian Cancer Society, said the new measures are strong and that the ban on social-media ads would help curb ads aimed at young people.

“They will have a significant impact to reduce youth exposure to vaping promotions and, as a result, reduce youth vaping,” Mr. Cunningham said.

Under the proposed changes, vaping promotions would be permitted only in specialty vape shops for adults. Online promotions would also be limited to websites that restrict access to minors, although it’s unclear how this would be enforced. The new rules are subject to a 30-day comment period, after which the government can finalize them.

Flory Doucas, co-director of the Quebec Coalition for Tobacco Control, said she was encouraged by the crackdown on promotions. But she questioned why the government didn’t also regulate flavoured e-cigarettes.

“How much more time is required for this?” she said.

Eric Gagnon, head of corporate and regulatory affairs with Imperial Tobacco Canada Ltd., said the government “needs to find a way to at least allow a dialogue with adult smokers.” Mr. Gagnon said the company wants to be able to indicate on e-cigarette products that they are less harmful than traditional cigarettes. Health Canada is considering whether to allow e-cigarette companies to use such claims.

He added that banning e-cigarette flavours would be “ridiculous” because adults want them, too.

In an e-mailed statement, Juul Labs Canada said it “supports Health Canada’s efforts to strike the right regulatory balance” for keeping products away from youth.

Darryl Tempest, executive director of the Canadian Vaping Association, which represents specialty vape shops, said the organization supports the advertising restrictions. But he added that he doesn’t think flavoured products should be banned, saying they are not responsible for youth uptake and that many adult smokers like them.

A recent survey conducted by Smoke-Free Nova Scotia found 96 per cent of 16- to 18-year-olds who vaped said they preferred flavoured products. Nearly half of the 16- to 24-year-olds surveyed said they would likely stop vaping if flavours were eliminated.

Enforcement of the new rules could pose a challenge. In a letter sent on Thursday to the vaping industry and posted on its website, Health Canada said a recent enforcement blitz found more than 80 per cent of specialty vape shops sell and promote products in ways that violate federal rules.

The most common infractions include promoting flavours that could appeal to young people, including candy or desserts, and the use of testimonials or endorsements. Federal law defines testimonials as the use of people, animals or characters.

“This level of non-compliance is unacceptable,” wrote Krista Locke, director-general of the consumer products and controlled substances directorate at Health Canada. 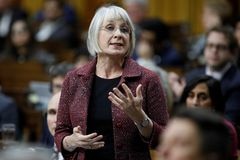 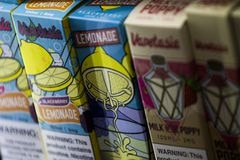 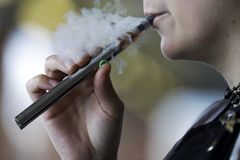