Sitting in court on Monday for the sentencing of her violin teacher on 28 convictions for sexual offences, A.S. wore a school photo of herself in kindergarten pinned to her blazer. The small, faded photograph showed a blonde child, placidly smiling in a pale blue dress with frills.

A.S. was five years old when she began violin lessons with Claude Eric Trachy, a retired teacher in Chatham, Ont., convicted on appeal last summer of sexually abusing 20 of his young female students over two decades starting in 1971.

“We were children. That gets lost when 30 years have passed,” said A.S., who was sexually assaulted by the teacher from the time she was 11. “The photo was meant to represent how young I was when he came into my life as an authority figure, to show how easy it would be for an educator to groom someone to sexually abuse them in the coming years."

On Monday, Ontario Superior Court Justice Jonathon George sentenced Mr. Trachy, 75, to eight months in jail, a time frame that fell short of the five-year sentence the Crown was seeking and distressed some of the victims and family members in the Chatham courtroom.

Justice George said several aggravating factors played into his sentencing decision: the victims were children, the teacher abused his position of trust and the harms were significant, as heard in victim impact statements read aloud in court last month. At the same time, the judge noted Mr. Trachy’s age, saying his risk of re-offending “is nil.”

Justice George acknowledged that the eight-month sentence “may come across as trivializing the suffering and pain and embarrassment you the victims will have surely felt,” but asked the women not to treat it as a “reflection of them or their suffering.”

Many of the victims, whose names are protected by a publication ban, were 12 when the teacher instructed them to practise violin topless and touched their breasts with his hands or with a ruler. Mr. Trachy testified he was measuring girls so their violin shoulder rests would fit properly.

A.S. took weekly lessons with Mr. Trachy throughout her childhood until she graduated high school. “I’d grown up with him,” she said. The lessons took place in private at Mr. Trachy’s home. “It was in the basement, in a small, windowless room,” A.S. said. “His wife was upstairs, and his kids.”

From behind his desk, Mr. Trachy watched her play topless, A.S. said. The observations happened monthly, as did the touching, she said. “He had all sorts of rulers and tape measures and would fondle my breasts.”

As a teenager, A.S. came to understand that her teacher’s behaviour was wrong but feared the moment had passed to speak up: “In my mind, I had permitted it this entire time. So how could I challenge him now?”

The abuse went on for seven years until A.S. moved away for university. When police contacted her in 2015 about an investigation into her former teacher, A.S. gave a statement. “I felt that it was time he was held accountable," said A.S., who is now a writer.

Another student had filed a sexual-assault complaint against Mr. Trachy that year, giving police the names of other girls who’d taken lessons with him. After an investigation, Chatham-Kent police laid 44 charges involving 21 victims, said Sergeant Shawn Mungar, investigative lead on the case.

At trial, Superior Court Justice Thomas Carey acquitted Mr. Trachy on all charges, siding with the teacher’s account that he was not motivated by a “sexual purpose."

Three Ontario Court of Appeal judges overturned 28 of those 44 acquittals last July. In the case of one victim, the judges set aside the acquittals on sexual assault and indecent assault and entered a stay, writing that the woman was an adult at the time “and there is an issue with respect to consent.” The trial judge erred in the law, they ruled, when he hinged the case on Mr. Trachy’s motivations but overlooked the sexual nature of his behaviour and “the position of trust between the child-students and their teacher."

E.P. began viola lessons at Mr. Trachy’s home when she was in high school. The teacher instructed her to play with her shirt open and her torso exposed, touching her naked breasts and nipples. Although this made her deeply uncomfortable, E.P. said she tried to trust her teacher’s authority. “I was taking him at his word,” she said. “I was quiet and stared straight ahead and just endured it.”

After a year and a half, E.P. quit. In university, she resumed with a different teacher and was struck that there was no invasive measuring. The realization that she had been violated left E.P. with persistent feelings of shame – “that sense of naiveté, of being gullible, of being taken advantage of,” said E.P., who is now 55 and works for the federal government.

E.P. confided in her husband and sought support from her pastor when she learned that Mr. Trachy had continued teaching children after he was found guilty of sexual exploitation against two other female students in 1993. (Mr. Trachy has maintained that he stopped measuring girls this way after being charged in 1991; he was pardoned in 2005 and retired from teaching in 2009.)

After the judge imposed his sentence on Monday, Mr. Trachy rose, turned around to his wife, son and daughter and offered a slight wave. The victims and their families – nearly 30 people filling the courtroom – watched as the former teacher was handcuffed.

“The physical action of watching him be handcuffed in a completely silent room and all you can hear was his handcuffs attached to him, that was something that I never thought I would see," A.S. said.

At the same time, she said the eight-month sentence is not enough to deter other perpetrators. “I don’t feel that this amount of time sends a message that we’re taking victims of sexual assault seriously yet,” A.S. said.

Other women said they were satisfied with the sentence. A.G., who was 12 when the touching began, said Justice George denounced the teacher’s abuse and “did acknowledge the disastrous effect on many people’s lives.”

Defence lawyer Kenneth Marley said he does not plan to appeal the sentence. “For some time now, the Trachy family’s been seeking some end to this legal odyssey." 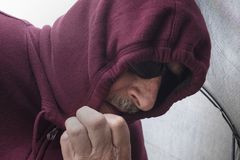 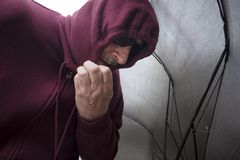