Contracts for all education unions in the province expired at the end of August, and the Ontario Secondary School Teachers’ Federation has expressed frustration in reaching a new deal with the provincial government.

Education Minister Stephen Lecce has called OSSTF’s one-day strike action “irresponsible.” The union, however, contends the cuts proposed by the government would hurt students and the public education system.

“The intention [of the one-day strike] is to raise attention on the cuts that this government is proposing and has already imposed on the education system and to see if we can persuade this government to begin listening,” OSSTF president Harvey Bischof said on Wednesday.

There are several issues under negotiation. The Globe and Mail looked at the main ones:

Teachers in the province earn an average salary of around $86,000, according to data provided by Ontario’s Ministry of Education. Only in Alberta are average teacher salaries higher, around $89,000.

A pay grid allows salaries to climb over 10 years based on education and experience, and several teachers earn more than $100,000, according to the provincial list disclosing public salaries.

Mr. Lecce has said that wage hikes remained the main stumbling block, with the unions asking for a 2-per-cent increase reflecting the rate of inflation, in the face of the government’s wage-cap legislation meant to limit public-sector pay increases to 1 per cent. He said in a statement on Wednesday that the union "continues to be focused on a compensation proposal that would result provincially in a $1.5-billion cost to the taxpayer” that could be spent on mental-health initiatives, special education or math supports for students.

However, OSSTF argues that when inflation is taken into account, teachers have lost ground over the past decade. In real dollars, salaries decreased by 6.5 per cent between the 2009-10 and 2018-19 school years, the union stated.

Mr. Bischof said his members are simply asking for cost-of-living increases in line with inflation.

He added that while compensation is in dispute, it’s not the only issue, and for the Minister to portray it that way is simply “inflaming the situation.”

Former education minister Lisa Thompson announced last March that class-size averages would increase in high school to 28 students from 22 over four years. School boards were forced to cut elective courses. Government figures showed that class-size increases would result in thousands of teaching positions being phased out.

Mr. Lecce recently softened the government’s stand on increasing class sizes in high schools to an average of 25. He also indicated the government would consider backtracking on the province’s plan to increase class-size averages, provided the union comes up with ideas on how to save money elsewhere. The current average is 22.5.

The Minister has said the government was making a reasonable offer to avoid disruption to the education system. However, the union pointed out that the offer to lower class-size averages also came with a condition to eliminate all local class-size caps, including those for some special needs classes and workplace courses, at school boards across the province.

The government recently walked back its proposal on online courses, and said it will now require high-school students to take two courses to graduate instead of the province’s initial plan of four.

Even with two courses, Ontario would be an anomaly among jurisdictions around the world. Several U.S. states, including Michigan and Florida, require students to get one online credit.

The details around the online credits are unclear, including who will develop the courses. But the government has indicated the courses would have an average of 35 students. This would ultimately lead to fewer jobs in the sector.

Mr. Bischof said that mandating online credits is bad policy. He said it exacerbates inequities among students, especially when some don’t have access to the internet. Further, he said about 5 per cent of students voluntarily take online courses and their success rates are lower than face-to-face instruction. 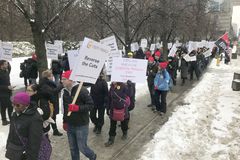 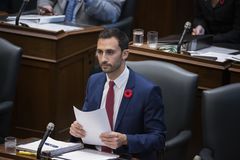 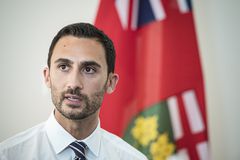