Greg Mercer
Published May 1, 2021 Updated May 2, 2021
Comments
Text Size
Please log in to listen to this story. Also available in French and Mandarin. Log In Create Free Account

Tim Richardson last August traded traffic gridlock and a grinding commute from Oshawa, Ont. for a wetsuit, a home near the ocean and an office on the Halifax waterfront with a sweeping view of the harbour.

Meanwhile, Julie Gardner and her Oakville, Ont. family are excited to move this month to their new home: a leafy, suburban property with a big yard, mature trees – and a cozy, three-bedroom bungalow in Lower Sackville, N.S. that they’ve never actually set foot inside.

Both swapped the Greater Toronto Area for Atlantic Canada during the pandemic, joining a wave of Canadians moving east. Many buy homes sight-unseen as the influx drives up prices. But they’re also bringing economic activity – in Mr. Richardson’s case, his Ontario-based firm Jonas Software is in the middle of a hiring spree that could bring 100 new employees to Nova Scotia.

“I know I’m part of the problem,” joked Mr. Richardson, Jonas’ chief operating officer who transferred to help open its new Halifax office. “But at least I brought 30 jobs with me.”

Tired of renting and facing increasingly out of reach housing prices in the GTA, Ms. Gardner found a Nova Scotia realtor this spring. She and her partner Chris Slade bought a 1,600-square foot home in a suburb of Halifax, listed for $255,000. They went $70,000 above asking, and won the bidding war in a community where the average list price of a detached house is still under $300,000. Ms. Gardiner’s mortgage will cost less than she pays to rent in Oakville.

The whole transaction was done virtually, with their realtor “walking” them through the house during a video call on her cell phone. “My husband said, this is crazy, we can’t buy a home we’ve never been inside,” said Ms. Gardner, who moves in May 17. “But the East Coast is like the last frontier for home ownership.”

In Nova Scotia, from Halifax to the Annapolis Valley to Cape Breton, house sales hit another all-time high in March, up almost 66 per cent from the previous year. The average price of homes sold that month was up almost 27 per cent from the previous year. New Brunswick, Prince Edward Island and Newfoundland and Labrador are all reporting similar record spikes in home sales, according to national data from the Canadian Real Estate Association. In Nova Scotia, where housing prices have been historically higher than neighbouring provinces, there were 1,577 units sold in March – more than anywhere else in Atlantic Canada.

In Halifax, where record population increases have made it the second-fastest growing city in Canada, these well-educated, often young, mobile newcomers are bringing affluence and intellectual capital with them. Combined with a growing influx of international immigrants, transplanted Canadians motivated to move east during the pandemic are changing the region’s demographics.

“It’s gone bananas,” said Maggie MacGillivray of Golden Realty Group, a Bedford-based firm. “And it’s not just COVID, this started well before that. It used to be that new immigrants would settle in Toronto first before coming here. Now they’re coming directly.”

She says around 40 per cent of her clients are now buyers from Ontario, and they include doctors, business professionals and tech-sector-types who can afford to pay significantly more for homes than locals because they’re cashing in their properties in some of Canada’s most populous areas.

These out-of-province buyers are dramatically changing the real estate market, said Donna Malone, president of the Nova Scotia Association of Realtors. They’re routinely offering $100,000 above-asking, waiving conditions and outbidding others as part of an aggressive buying style that’s new to the province. Many of them are “ex-pat” Maritimers returning home, but many others are like Ms. Gardner, people with no previous connection to the region.

“This is unprecedented. As fast as houses are being listed, they’re selling. We’ve never seen this in Nova Scotia before,” Ms. Malone said. “One thing we’ve learned from this pandemic is we have the technology to free ourselves from office spaces.”

The province trying to capitalize on the phenomenon. It’s using a national ad campaign with the tagline, “If you can do your job from anywhere, do it from here,” as part of what the province sees as a once in a generation chance to draw a younger, wealthier workforce to the east coast.

“Not since the age of sail have we been this poised for growth. I believe we’re entering a new era of prosperity for Nova Scotia,” said Scott Brison, the former MP and cabinet minister who is leading the province’s new Economic Growth Council, an advisory body trying to help attract more tech start-ups and entrepreneurs to Nova Scotia.

“During COVID, we’re seeing Nova Scotia being viewed as a bit of a magnet for talented people who want to live in a place that combines a high quality of life with opportunities,” he said.

Nova Scotia hopes to become Canada’s “start-up capital” built around the talent pool in its universities and research strengths such as clean tech and ocean sciences, Mr. Brison said. He acknowledged it’s a “slightly audacious” goal to try to build a Silicon Valley of the east, but believes it can be done by introducing regulatory, tax, innovation and immigration policies that will encourage more growth.

Mr. Richardson said his software company considered a number of Canadian cities before it opened an office in the Nova Scotian capital. About half of its 30 Halifax employees were recruited from outside the province. They’re drawn to work in a place where they can afford a sizeable house instead of a condo, and have more enjoyable lifestyle, he said.

More and more working-age Canadians are moving into Nova Scotia, instead of leaving – a positive trend that began in 2015 after years of departures. Between July 2019 and July 2020, it had a net gain of 2,705 people between the ages of 18 and 64 from other provinces – an indicator economists suggest means the prepandemic growth is expected to continue after COVID-19 is under control.

Ms. Gardner, a first aid and defibrillator instructor who lost her job at the start of the pandemic, said she was growing tired of the traffic and unaffordable lifestyle of southern Ontario and wanted a “new direction.” She fell in love with Nova Scotia in 2019, when she helped run a bed and breakfast for a summer, and started thinking about more permanent move.

“It was honestly one of the happiest times in my life,” she said.

Because Nova Scotia requires most visitors to self-isolate for two weeks upon arrival, Ms. Gardner and her husband chose to shop for homes virtually. They bid on three other listings before they were finally successful.

“These type of sight-unseen sales are becoming increasingly common,” said Anna Hurshman, the couple’s realtor, who said she’s getting calls from out-of-province buyers every day. “We have people coming from all across Canada, and even further away. People want to be here, and they’re willing to do whatever they have to do to be here.”

This may be great news for sellers, but it also inspires concern. Kelvin Ndoro, a Halifax-based analyst with the Canada Mortgage and Housing Corporation, warns that the city’s housing market is becoming overheated, part of a trend that began with five straight years of net interprovincial migration gains and increasing international immigration, and now amplified by COVID-19.

“The pandemic has only increased the interest in our housing market, and some of those pressures,” Mr. Ndoro said. “And those impacts have not been evenly spread across all income groups. Those employed in lower-income industries have been less able to adapt to the pandemic, and this ultimately affects first-time home buyers the most.” 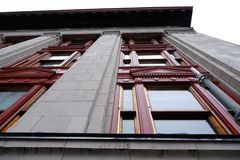 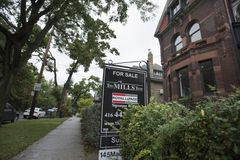 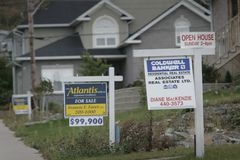 Where do Canadian cities rank on housing affordability? Among the worst in the world
2:01
May 5, 2021 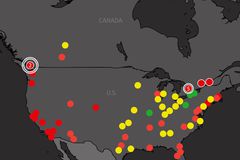 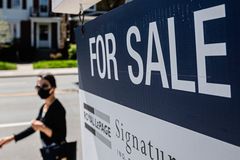