Over the past few years, a little green manual has been slowly making its way into the hands of Walmart store workers. Titled Would I Buy It?, the manual is a visual guide that helps employees decide whether fruits and vegetables are still good for sale and when they should be “culled.” For example, the sapota, a tropical fruit common in India, is supposed to soften as it ripens, the guide states – slightly wrinkled skin is completely normal.

The idea is to reduce the amount of perfectly good produce going to waste. It’s just part of a suite of changes the giant retailer has rolled out in a massive effort to cut food waste in its 411 stores across Canada – efforts that have already resulted in a 23 per cent reduction in waste since 2015. At a time when the need for corporate social responsibility is increasingly viewed as a given – especially for a polarizing brand such as Walmart – the company has focused much of its philanthropic efforts on sustainability and waste.

This week, the company doubled down, announcing $19-million in funding through the Walmart Foundation for charities and research institutions to address systemic issues contributing to food waste. The retailer is also on track to become the largest Canadian grocer to reach “zero food waste” (although its commitment to reach the target by 2025 puts them behind the Metro chain, which aims to do so by 2020).

“Zero food waste,” according to international conventions, means 90-per-cent diversion from landfills, whether through repackaging donations, or recycling and composting.

“Waste in food is a huge environmental concern as well as a cost concern,” said Kathleen McLaughlin, president of the Walmart Foundation.

Over the past few years, waste has become a key issue for environmentalists and food activists and companies have taken notice. In Canada alone, an estimated $31-billion of food is wasted every year. Globally, an estimated one-third of all food produced is wasted.

From an environmental perspective, this means the resources used to grow that food – water, land and fertilizer – are also wasted. And as the food decomposes in landfills, it releases methane, a greenhouse gas 25 times more potent than carbon dioxide in its contribution to climate change.

Other grocery retailers also have made moves toward reducing waste. Loblaws made a splash with its “ugly” produce lines, designed to shift consumer’s expectations. It’s also pledged to reduce waste by 50 per cent. The Metro chain pledged to reach zero waste by 2020. But Walmart’s promise would make it the largest player in Canada to commit to zero food waste.

Ms. McLaughlin acknowledged that this focus on waste is not entirely altruistic. In addition to boosting the company’s image, cutting waste will also help Walmart to become a more efficient business.

Within its stores, Walmart has already begun putting changes in place.

The company has implemented organic recycling programs at stores to convert spoiled food into animal feed and compost. It has also paired each store with a local food bank to maximize donations. Fruits or vegetables that are nearing spoilage are repackaged into bulk $1 or $2 bags (something that other retailers were already doing, but new to consistency-obsessed Walmart).

As with many corporate social responsibility strategies that involve partnering with charities, much of Walmart’s new funding will go toward food banks. A criticism in the past has been that charities aren’t always equipped to handle large corporate food donations. In this case, Walmart’s funding will be used to build capacity at food banks – including purchasing coolers and chillers to gather and store fresh products.

Another common criticism is that retailers are simply dumping unwanted (often unhealthy) foods on charities. One of those past critics was Aart Schuurman Hess, the chief executive of Greater Vancouver Food Bank.

In this case, Mr. Schuurman Hess’ organization will be receiving as part of the announcement more than $1-million to expand its program that turns unwanted tomatoes into soup. He said his concerns have been allayed here.

Not everyone was won over by the Walmart announcement.

“And these same companies need to be clear at all times that food charity is not the answer − more inclusive public policy and an economy that does a better job of sharing its wealth are where the real solutions lie.” 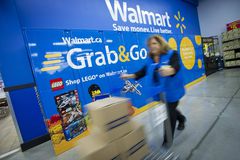 Walmart could close deal for majority of India’s Flipkart this summer
April 12, 2018 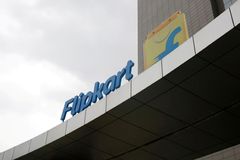 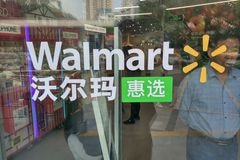