Ontario says the companies that produce recyclable waste – such as plastic bottles, packaging and newsprint – will take over the operation and entire cost of the province’s “blue box” curbside recycling program over the next six years.

On Thursday, provincial Environment Minister Jeff Yurek announced what some in the industry call an aggressive timeline for the plan, which involves reorganizing the current patchwork of curbside collection programs operated by – and half-funded by – municipalities across the province.

Standing in front of a wall of bales of crushed plastic bottles at a Toronto recycling sorting plant, Mr. Yurek said that a new, completely industry-funded entity will start taking over parts of the system from municipalities on Jan. 1, 2023. It is to run it completely by the end of 2025. The plan would also standardize what goes in blue boxes across the province, rather than leaving this up to individual municipalities.

The sweeping changes are needed to boost recycling rates, which have stalled in Ontario, Mr. Yurek said, with 30 per cent of the material thrown into blue boxes ending up in landfills, even as costs for the program rise.

Mr. Yurek said households won’t see blue box service disrupted during the changeover. But an array of key details still remain to be worked out. Among them is the question of how much various businesses will pay, with the idea that those who produce more must pay more, creating an incentive to reduce packaging at the source. It is also an open question as to what extent municipalities’ own collection and sorting systems will remain in place.

Mr. Yurek said some municipalities may choose to remain involved in front-line operations – but that this would be subject to negotiations. Talks with municipalities and industry will start in the fall.

A transition to a system to see private industry cover the entire $250-million cost of the system – instead of leaving half the bill for municipalities – has been in the works in Ontario for more than a decade. The concept, implemented in B.C. and known as “extended producer responsibility,” is supported in principle by a broad range of the province’s business community, which hopes to make the recycling system more efficient.

In June, Ontario’s PC government appointed a special adviser, David Lindsay – the head of the Council of Ontario Universities – to consult municipalities and the industry on how to proceed. His report, issued last month, called for a six-year process.

Toronto Mayor John Tory, whose city operates the largest blue box program in the province, welcomed the changes. But he said in e-mail Thursday that the new system must allow all of the items currently accepted in Toronto’s blue boxes, and not backtrack.

Toronto City Councillor Gord Perks, a long-time environmentalist, said he did not believe the proposal – which has been floated for decades – will take shape by 2025.

He predicts the move will fail as industry groups will not be able to agree on how much they should each pay for the new system: “They are just letting industry off the hook again.”

Industry spokespeople had asked for a seven-year runway to iron out all the issues, but say they support the government’s six-year timeline.

“It’s very aggressive, but we’re partners at the table,” said Michelle Saunders, the vice-president of provincial affairs and sustainability for Food & Consumer Products of Canada, an industry lobby group.

Some industry analysts have warned that the system will see the industry build its new increased costs of recycling into its prices for everything from bottled soft drinks to food packaging.

Diane Brisebois, president and chief executive officer of the Retail Council of Canada, said retailers are feeling heat from customers and under the new system will press manufacturers to look at reducing their packaging rather than trying to pass on increased recycling costs to consumers. 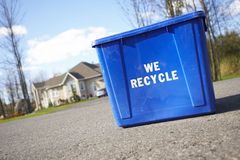 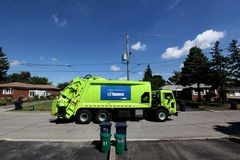