In the category of weird astronomical entities, black holes have the reputation of being all take and no give. Dense enough that not even light can escape their gravitational pull, black holes have been found lurking in many corners of our galaxy, sometimes in the process of gobbling up neighbouring stars or anything else that crosses their path.

Now physicists are wondering whether black holes can give something back after all, in the form of undiscovered particles that may help explain the deeper workings of the universe. If so, the means of testing the idea may now be in hand.

“It’s just cool that this can happen,” said Asimina Arvanitaki, a researcher at the Perimeter Institute for Theoretical Physics in Waterloo, Ont., who this week organized the first-ever meeting dedicated to the subject of using black holes to hunt for new particles.

The scientific motivation for the effort is strong. All of the fundamental particles that have been identified to date fit neatly into a theory called the “standard model.” The final piece of that theory fell into place in 2012 when physicists working with the world’s largest particle accelerator, near Geneva, Switzerland, confirmed the existence of the Higgs boson.

But scientists know the standard model is insufficient to account for everything they observe. For one thing, it does not explain dark matter, a mysterious substance that astronomers have determined makes up the bulk of the material universe. All hopes that the discovery of the Higgs would be followed by hints of other particles that match the properties of dark matter have so far been dashed.

Instead, “We may be able to use black holes as particle detectors of a different kind,” said Will East, another Perimeter theorist who was among the 30 or so physicists from across North America and Europe whom Dr. Arvanitaki invited to the three-day gathering.

The idea is based on the little-known concept of superradiance, in which a spinning black hole surrenders a modicum of its rotational energy to a particle that is orbiting just outside it. Only particles with certain properties will be efficient at stealing energy from the black hole in this way. Calculations show those particles would then multiply to form a massive cloud surrounding the black hole that continues to siphon away energy until the cloud and the black hole are spinning at the same rate.

The motion of the cloud would generate gravitational waves – slight distortions to the vacuum of space that ripple outward and that could, in principle, be detected on Earth. Since the kind of particles needed to generate the effect are not found in the standard model, any such signal would be evidence for a new kind of particle. One possibility might be the axion, a hypothetical particle that has long been suggested as a dark-matter candidate, Dr. Arvanitaki said.

The notion has traction because of the success of LIGO, a Nobel Prize-winning experiment that in recent years has managed to detect gravitational waves caused by the distant collisions of black holes. In principle, LIGO could discern the signal from a cloud of dark-matter particles feeding off the spin of a black hole, though that would be more like a steady hum rather than a sudden crash.

Keith Riles, a physicist at the University of Michigan and a member of the LIGO team, said that the extensive calculations needed to extract such a telltale signal would make it impossible to search in all directions of the sky at once.

“The issue we would run into is that there are not enough computers on the planet to do the job,” he said.

A more feasible option would be a targeted search using data from LIGO that corresponds to specific directions in the sky where black holes are already known to exist. Dr. Riles added that the possibility of discovering a new particle in this way made the idea worth pursuing.

“Even if it’s a long shot, it would be such a fantastic discovery that we have to pay attention to it,” he said.

Frans Pretorius, a Canadian physicist based at Princeton University, said that astronomers can also look for evidence that black holes of similar size rotate at similar rates. If they do, it could mean that black holes are affected by swarms of unseen particles that tend to standardize their rotations to a uniform rate that depends on the properties of the particle.

“There’s a whole wealth of new data that we might be able to level at this problem,” he said. 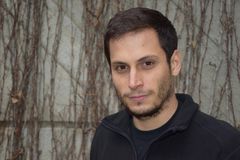 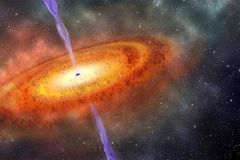 Waterloo institute to take on the universe with new cosmology-focused research hub
November 21, 2017 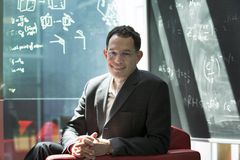