The legal battle against solitary confinement in Canada has moved beyond the prisons in a proposed class-action lawsuit against a high-security psychiatric hospital for its alleged use of prolonged isolation on patients.

The lawsuit accuses the Waypoint Centre for Mental Health Care in Penetanguishene, Ont., of causing “irreversible psychiatric harm” through the routine use of solitary confinement or “seclusion,” as the hospital calls it, lasting weeks, months or even years at a time.

The court action is filed in the name of Ruben Stolove, a 25-year-old with schizophrenia, and his litigation guardians – his father Micha Stolove and grandmother Linda Hindrea. Since he arrived at Waypoint nearly five years ago, Mr. Stolove has been placed in seclusion dozens of times, the lawsuit alleges, and given no more than an hour each day out of isolation, usually in restraints that strap his wrists to a waist belt.

Waypoint denies the allegations, which have not yet been proven in court.

“First and foremost, these allegations simply are not true,” Laurene Hilderley, Waypoint’s director of communications and fund development, said in an e-mail to The Globe and Mail. The centre "only uses seclusion where it is necessary to protect a patient, other patients, staff and/or others, where it has been determined that there is an immediate risk of serious bodily harm and only as a last resort after all other options have been attempted.”

The United Nations has published Standard Minimum Rules for the Treatment of Prisoners, known as the Mandela rules. They target penal institutions, and prohibit prolonged solitary confinement, defined as 15 days or more with less than two hours each day of “meaningful human contact.” No one with mental (or physical) disabilities should be subject to solitary confinement where it will exacerbate their condition, the rules say.

In the past two years, appeal courts in British Columbia and Ontario have declared solitary confinement unconstitutional, as practised in the federal prison system. Separately, in class actions brought on behalf of prisoners with severe mental illness, Ontario’s highest court this year upheld lower-court rulings granting millions of dollars to groups of inmates subjected to solitary confinement.

Prodded by the courts, the federal government has passed legislation promising that prisoners held in isolation receive at least four hours daily out of their cells, including two hours with human contact.

But psychiatric facilities such as Waypoint, which is not a jail, have not faced a class action focused on their use of solitary (though some individual lawsuits have been filed), says Golnaz Nayerahmadi, a lawyer involved in bringing the class action.

Some patients, such as Mr. Stolove, have been found not criminally responsible for violent conduct and are still deemed a public-safety risk by the Ontario Review Board. Some have been found unfit to stand trial, or are considered a danger under the province’s Mental Health Act.

Mr. Stolove was 20 when he was charged with attempted murder after stabbing a woman multiple times, at random, on a Toronto street. His schizophrenia came on in his mid-teens, the lawsuit says. Before his illness, he had many friends, his grandmother said.

“He doesn’t deserve to be locked up like an animal,” Ms. Hindrea said in an interview.

She said she has some insight into what he is enduring: She herself was an inmate of the Ontario Training School for Girls (later known as Grandview) when she was 15, in the 1950s, and on one occasion was placed in a small, dark cell with a windowless, iron door for 26 days. The only window was in the ceiling, she said.

“These are people,” Ms. Hindrea said of the patients. “These are sick people that need help more than anyone else, and kindness.” She visits her grandson regularly, taking three buses to reach Penetanguishene, a three-hour trip each way for the octogenarian.

Micha Stolove, the patient’s father, added: “This is not just about Ruben. This is about everybody.”

The lawsuit, filed in Ontario Superior Court, says Waypoint’s use of solitary is unethical, abusive and inhumane, and contrary to accepted medical and international standards.

“As observed in the medical literature, the most severe, florid psychiatric illnesses caused by solitary confinement tend to be suffered by those with pre-existing brain dysfunction, the very population … that Waypoint exists to treat,” the lawsuit says.

Jessica Magonet, a lawyer with the B.C. Civil Liberties Association, which is not involved in the case, said that many Canadian courts now deem prolonged solitary confinement unconstitutional, and recognize the “uniquely devastating effects” of solitary on prisoners with mental illness. Yet “patients in psychiatric facilities continue to be subjected to this cruel practice. It is time to recognize that psychiatric patients need care, not prolonged solitary confinement,” she said.

The proposed class action needs a judge’s approval to proceed. It covers the period from 2000 until now, and claims damages of more than $200-million on behalf of patients and their families. The hospital was run directly by the Ontario Health Ministry until 2008, when Waypoint, run by a public-health corporation sponsored by the Catholic Church, took over.

A spokesman for the Ontario Attorney-General’s department declined to comment while the case is before the courts. Neither the department nor the mental-health centre has filed a statement of defence yet.

In its e-mail, Waypoint said that mental illness, and the treatment and care of the acutely ill, is complex and challenging. "Waypoint supports a recovery oriented approach to patient care and a least-restraint philosophy. This means that the use of seclusion is used as a last resort, after other therapeutic alternatives have been considered and determined to be ineffective.

“Waypoint is focused on evidence-based treatment and care in accordance with accepted medical standards, and providing a safe, high-quality therapeutic environment. Waypoint has adopted policies and procedures to support and accommodate the dignity, rights and independence of its patients, while also recognizing that Waypoint is responsible and accountable for providing a safe environment for all of its patients, its staff and others.”

As the case is before the courts, Waypoint declined to say more.

The law firm that filed the proposed class action, Rochon Genova LLP of Toronto, won a court victory in July against the Ontario government and two medical doctors over events at the Oak Ridge division (which closed in 2014) of the Mental Health Centre in Penetanguishene. During the years 1966 to 1983, a judge found, patients were subjected to the heavy use of mind-altering drugs such as LSD, and to being chained together naked in an unfurnished room for days on end. Damages have not yet been awarded. 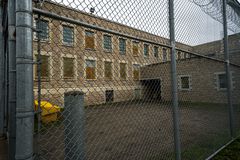 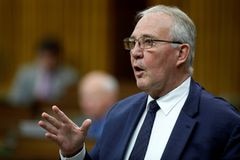 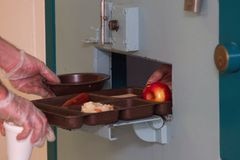