In the 1970s, James Hansen was a NASA scientist working on a mission to study Venus when he became curious about the changing composition of Earth’s atmosphere. By 1981, that curiosity led to some of the first scientific work to show the effect of carbon emissions on climate. For years, his refusal to keep silent on the issue has caused politicians of all stripes to squirm. Ahead of a public lecture in Toronto, the 77-year-old Dr. Hansen told The Globe and Mail how the planet got into trouble and how it can get out if leaders on all sides are bold enough to act.

What has surprised you about society’s response to climate change?

I assumed that as we got a bigger and bigger signal that confirmed what we were saying about carbon, we would get government action. We already had this example of chlorofluorocarbons (CFCs) affecting the ozone layer and, in that case, governments did react in a rational way to protect the welfare of the public. It did begin to look that way with the 1992 United Nations Framework on Climate Change. That was a pretty remarkable document because it said you should not let dangerous interference with the climate system occur. But those have proven to be empty words.

Government has not been doing its job and it’s pretty clear why. The fossil fuel industry realized the implications for energy policy and, in many cases, put money into disinformation to try to cast doubt on the reality of climate change. But I spread the blame further around. Scientists have not effectively communicated the issue. There’s always this excuse that scientists should just deliver the science and not talk about policy. That’s a problem I had at NASA and it got me into trouble with the White House. I think scientists have an obligation to connect the dots.

What course do you recommend?

We have to go to carbon-free electricity. That’s the fundamental requirement. If we could get all of our electricity carbon-free, we could solve the problem. And we probably can’t do that without the help of nuclear power.

Isn’t that a problem for the green movement?

That’s the other group I am critical of: environmental groups that are unrealistic. It’s created a fear of nuclear power to the point that it has become difficult for these groups to turn around and say we may have to look at that and see if we can’t make it safe.

What is your message to environmentalists?

We have to put a price on carbon in a simple way and if we did that it would give an honest chance to all the carbon-free alternatives. But I’m finding that the environmental groups don’t want to let that happen. They want to subsidize their favourites, which is solar panels and windmills. What that does is lock in gas because of the intermittency of renewables.

What is your reaction to the United States pulling out of the Paris climate agreement?

Paris is basically a fraud. It’s just wishful thinking. They’re trying to tell every country you should do the best you can but it has essentially no effect. I don’t think the U.S. pulling out has mattered much. It may be that the planet ends up depending on China. They have 300-million people living near sea level and that may cause them to take some action.

You’ve been critical of Alberta’s oil sands, but isn’t U.S. coal even more problematic? Did activism against the Keystone pipeline oversimplify the issue?

It’s true there’s a lot more carbon coming from coal. But the tar sands introduce a new source, which doesn’t make any sense. I guess I was partly responsible [for the activism] because I said it was “game over” if we took that path. The environmentalists took it very seriously.

If Alberta oil could be extracted in a less carbon-intense way, would you change your position?

I would put a rising fee on carbon and let the market decide. If the tar sands can compete with conventional oil, that’s fine, let them compete. But I think the tar sands and coal would fall off the table very quickly.

James Hansen speaks at the Royal Ontario Museum in Toronto on Monday, April 16 at 7 p.m. 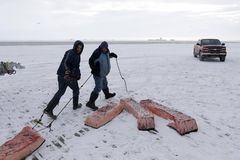 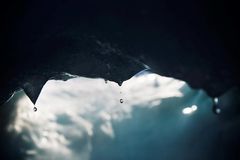