The B.C. government has met about half the recommendations from a report examining last year’s wildfire season and one of its authors says he did not expect the title’s reference to “the new normal” to be so prescient.

More than 500 wildfires are burning throughout B.C., which last week declared a provincial state of emergency for the second consecutive summer. Thousands of people have either been ordered from their homes or been told to be ready to flee.

Premier John Horgan, who was joined at a news conference Tuesday by federal Defence Minister Harjit Sajjan as well as Indigenous and municipal leaders, said the weather remains a challenge. He said rain is not in the forecast for the foreseeable future and emergency personnel are concerned about potential wind and lightning later in the week.

“We just had a picture taken with the support workers from across B.C. and instead of saying ‘cheese,’ we all screamed ‘rain’ and I think everyone should be hoping for that,” Mr. Horgan told reporters in Prince George, a city that has been blanketed by smoke in recent days.

Mr. Horgan said the government is about halfway through the report’s 108 recommendations.He said some aspects, such as better communication between the province, regional districts and Indigenous communities, remain a concern.

He also highlighted the dead or dying trees that can serve as fuel for flames.

“Over the decades, I don’t want to blame anyone, but we have not been cleaning our forests. There’s too much fuel being left behind. We need to address that,” he said.

A spokesperson for B.C.’s Ministry of Forests in a statement wrote it has been working to develop an action plan to address all 108 recommendations and more details will be released by the end of October.

The spokesperson said some of the recommendations that have already been implemented included getting fire crews on the ground sooner and bringing in air support more quickly. New equipment, such as large industrial sprinklers to protect homes and structures, is also being tested, the statement read.

Mr. Abbott in an interview said B.C. is in the midst of a new normal with higher temperatures and more lightning storms.

“Much of what we’re seeing this summer is again a consequence of lightning storms, just as it was in 2017,” he said.

“Indigenous peoples historically did burns, particularly in the Interior pine forests, to regenerate areas when they were dead and dying. That was discouraged and effectively done away with in more recent history. We need to find ways to get back to that,” he said.

Several of the recommendations in the report involved prescribed burns. The Ministry of Forests spokesperson did not provide a response to questions involving those specific recommendations.

Kyla Fraser, a fire information officer with the BC Wildfire Service, in an interview said it is continuing to see wildfires across the province. She said the main areas of concern are the central region, between Smithers and Prince George, as well as the southern Interior and the province’s southeast.B.C. budgeted $63-million to fight fires this season. It budgeted the same amount last year, when direct fire costs reached nearly $650-million.As of Tuesday morning, direct fire costs for this season totalled more than $270-million. 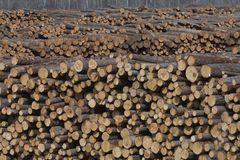 Opinion
While the planet burns, our politicians fiddle
August 21, 2018 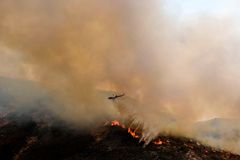