A nurse who preyed on elderly patients in her care told lawyers with an inquiry examining her actions that she wouldn’t have been able to murder eight people if more controls were in place on medication at long-term-care homes.

Elizabeth Wettlaufer’s musings on what could have prevented her crimes are contained in a transcript of a lengthy interview submitted as evidence in the public inquiry that got under way in St. Thomas, Ont., this week.

The 50-year-old injected more than a dozen patients with overdoses of insulin while working in long-term-care homes and private residences in Ontario for nearly a decade. Her crimes went undetected until she confessed them to mental-health workers and police in 2016.

“I’ve given a lot of thought to changes that could have been made where I would not have been able to do this,” Ms. Wettlaufer said in an interview conducted on Feb. 14 at the prison where she’s serving a life sentence after pleading guilty to eight counts of first-degree murder, four counts of attempted murder and two counts of aggravated assault.

“If there was a way that the insulin was counted, I would not have been able to do what I did without getting caught.”

Insulin, Ms. Wettlaufer said, should be treated as a controlled substance.

Ms. Wettlaufer said she first began thinking about killing people in 2006 when she was in a Woodstock, Ont., hospital where she had gone to deal with her obsessive and depressive thoughts. She was diagnosed with borderline personality disorder and was prescribed medication, she said.

“I just had so much anger I couldn’t concentrate ... but if I thought about killing somebody while I was talking to other people, I could talk normally to them,” Ms. Wettlaufer said. “And that’s where the thoughts of killing somebody started.”

She said she was often working double shifts from 3 p.m. until 7 a.m. the following day, in charge of 32 patients with little help and dealing with a stressful home life.

One night in 2007, she said she noticed Clotilde Adriano, 87, was on insulin.

“This thought came into my head, just give her too much insulin and see what happens,” Ms. Wettlaufer said. “So I did.”

Ms. Adriano didn’t die, but it sparked something for Ms. Wettlaufer, she said. She did the same thing to Ms. Adriano’s sister, Albina Demedeiros, 90, who was in a room across the hall, she said.

“I chose them based on the fact they couldn’t self-report because they had dementia,” she said. Ms. Wettlaufer pleaded guilty to two charges of aggravated assault in connection with the sisters.

She would go on to kill James Silcox in 2007 with an overdose of insulin. He was her first murder.

Ms. Wettlaufer told lawyers with the inquiry that she picked insulin because it wasn’t tracked in the home and it could be deadly.

“There was never a time when it was questioned why were we at some times going through insulin more so than [other medications],” she said.

Sometimes, another nurse would check the amount of insulin she had prepped to give a patient. But that was easily circumvented, she said.

“Even though another nurse checks it you can change the amount at any time,” she said.

There were two rooms where she could get insulin and they were behind doors without windows, she added.

“If the treatment room and [medicine] room were completely made of glass, there’s no way I could have done what I did without somebody seeing me,” Ms. Wettlaufer said.

Even if there were windows, she explained, she could slip a few insulin pens into her pocket. And the pens themselves had no mechanism to restrict the amount of insulin – doses can be dialled up or down easily, she said.

“If there was, say, a stopgap measure on the pen that once you dialled up a certain amount you couldn’t dial any more, or even if pens came preloaded ... there wouldn’t be excess insulin,” she said.

The public inquiry, which is scheduled to last several months, has said it won’t compel Ms. Wettlaufer to testify, as her confessions and interview have been submitted as evidence. 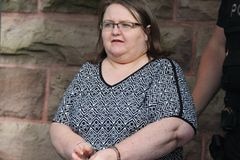