That’s the simple but stark conclusion of a new paper, released just as loneliness and its health effects are being widely felt amidst pandemic lockdowns around the world.

In the largest-ever study of its kind, a team led by Dr. Nathan Spreng, director of the Laboratory of Brain and Cognition at the Montreal Neurological Institute, found that people who report being lonely have more prominent “default networks,” regions of the brain that are associated with imagination and reminiscence. It is the strongest evidence yet that the experience of loneliness, known to have a punishing effect on physical health, is also linked to differences in the brain.

The researchers believe that fact could provide clues to better understanding the cognitive harms of loneliness – for example, why older lonely adults are more prone to dementia – and hope the information will nudge politicians to treat social life as a more important component of public health.

“I think by showing that loneliness has an impact on the brain, policy-makers are more likely to take it seriously,” Dr. Spreng said.

The study draws on a trove of health data collected by the UK BioBank, a non-profit that has gathered patient information on hundreds of thousands of British volunteers, including about 40,000 for whom brain imaging is available. That cohort is much larger than any previous studies on the subject, most of which have involved recruiting volunteers rather than pulling from a large existing database.

“The next largest study would be about 700 adults,” Dr. Spreng said. “So I think we’re much more confident in these kinds of results.”

The researchers focused on the 13 per cent of patients who answered “Yes” to the question, “Do you often feel lonely?” and found that loneliness does have a definite neurological fingerprint. It includes a higher concentration of grey matter in the default network – literally more tissue – as well as thicker bundles of “fornix fibres,” effectively the wires that convey information within the network. That means the default network is both talking more to itself and talking more to other parts of the brain, said Danilo Bzdok, associate professor of biomedical engineering at McGill University and co-author of the study.

These findings mark a change in emphasis from previous loneliness studies, which have looked at a series of brain regions involved in visual attention on the theory that lonely people are more attentive to negative social information, such as being left out of a conversation.

The MNI researchers, who published their paper in the journal Nature Communications in December, believe that the nostalgic daydreams and hypothetical conversations of socially isolated people are physically engraving themselves on the brain, hence the salience of the default network in their study.

“What we think is that in the absence of real social experiences in the world, people are imagining or simulating their social lives,” Dr. Spreng said.

The paper leaves plenty of unanswered questions, its authors acknowledge. The patients in their sample are older adults – with a mean age of 55 – so the effects of loneliness on different age cohorts remain to be studied. The study says nothing about whether the duration of loneliness affects the traits we can observe in lonely brains, either. (We know brain structures can be immensely sensitive to experience, though: Scientists even observe tissue changes in the brains of people who learn to juggle in the course of a few weeks, Dr. Bdzok said.)

It’s not even clear that loneliness is causing these variations in the brain. It could be the other way around: People with more grey matter in the default network could be more prone to loneliness, said Dr. Lesley Fellows, a professor in the department of neurology and neurosurgery at McGill who was not involved with the study.

To prove causality, you would have to make a group of people more or less lonely over time. (Dr. Fellows and a team of researchers hope to try something along those lines with a group of chronically ill HIV patients – by making them less socially isolated, not more.)

She also notes that the “default network” is involved in other mental processes such as monitoring personal performance, along with the daydreaming-type activity Dr. Spreng focuses on, so it’s possible these other habits of mind are just as associated with loneliness.

But for all its question marks, the study establishes some important basic facts and provides “maps” for future research, Dr. Fellows said.

“We’ve learned which brain circuits or brain regions are related to loneliness … That’s what’s exciting about these types of studies – they’re opening directions.”

One direction that Dr. Spreng hopes to pursue is the connection between loneliness and dementia. It was already well-established that lonely adults are more likely to develop clinical dementia, and that Alzheimer’s targets the default network, but now we know that loneliness is tied to the same brain regions.

It’s not clear what conclusions can be drawn from that overlap, but Dr. Spreng believes it’s possible the demands loneliness places on the default network could hasten the onset of diseases such as Alzheimer’s.

Far more research is needed, but in the meantime, he hopes evidence of the dramatically different brains of lonely people will force governments to take notice and provide more supports to people who are socially isolated. After all, the pandemic is offering many people a reminder of what it feels like to have a lonely brain. 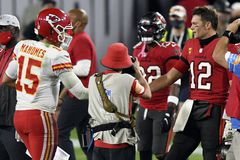